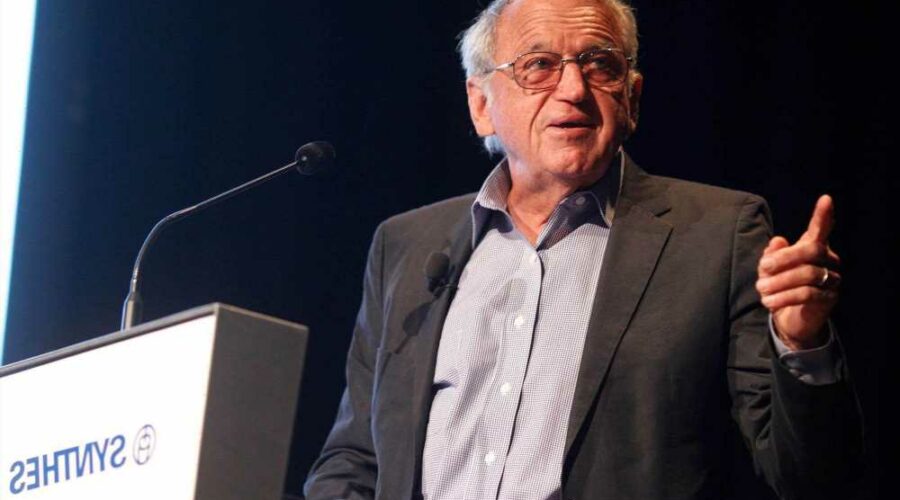 Swiss billionaire uses his fortune to help sway US elections

A watchdog group is calling for an investigation into Swiss billionaire Hansjörg Wyss’ influence on US elections, according to a complaint filed with the Federal Elections Commission.

The complaint by Americans for Public Trust says there is reason to believe “Mr. Wyss indirectly funded federal electoral advocacy through his nonprofit organizations, the Wyss Foundation and the Berger Action Fund. The intended recipient of these funds was ultimately a variety of organizations whose primary purpose is to engage in electoral advocacy.”

It notes that “the law prohibits foreign nationals from making contributions to political committees whether directly or indirectly,” according to a copy of the complaint, which was filed Friday.

The reclusive Wyss, who made his fortune from a medical device company which was sold to Johnson & Johnson for $20 billion, lives in Wyoming and is apparently neither a US citizen nor a green card holder, which means he cannot legally donate to political campaigns.

Recent reporting shows that more than $200 million flowed over four years from his non-profits to other groups that supported Democrats or progressive causes.

In 2019, the Berger Action Fund gave $35 million to the Sixteen Thirty Fund, which has been described as a “dark money” network helping Democrats. The group then funded others that worked to unseat Republicans in 2020, including Sen. Martha McSally in Arizona.

The FEC complaint alleges that one of the groups indirectly funded by Wyss, the Hub Project, oversaw $30 million in campaign spending to help Democratic congressional candidates in 2018 “through its affiliated trade groups and through its super PAC, Change Now.” But the Hub Project was not registered with the FEC as a political committee and avoided oversight, the complaint says.

“Once it became clear that there was a lot of interconnectivity, we felt it was important to ask for an investigation to see if in fact Wyss was essentially funneling money as a non-American citizen into the American election system,” said Adam Paul Laxalt, outside counsel for Americans for Public Trust and former Nevada attorney general. The conservative nonprofit, which was founded in 2020, says it is “dedicated to restoring trust in government.”

The FEC said it could not comment on an open complaint.

The Hub Project and a representative for Wyss’ foundation did not immediately return requests for comment.