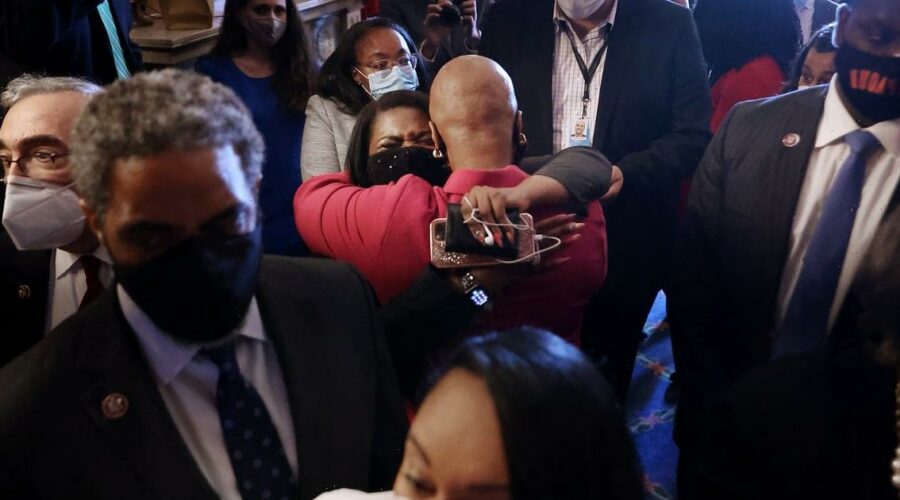 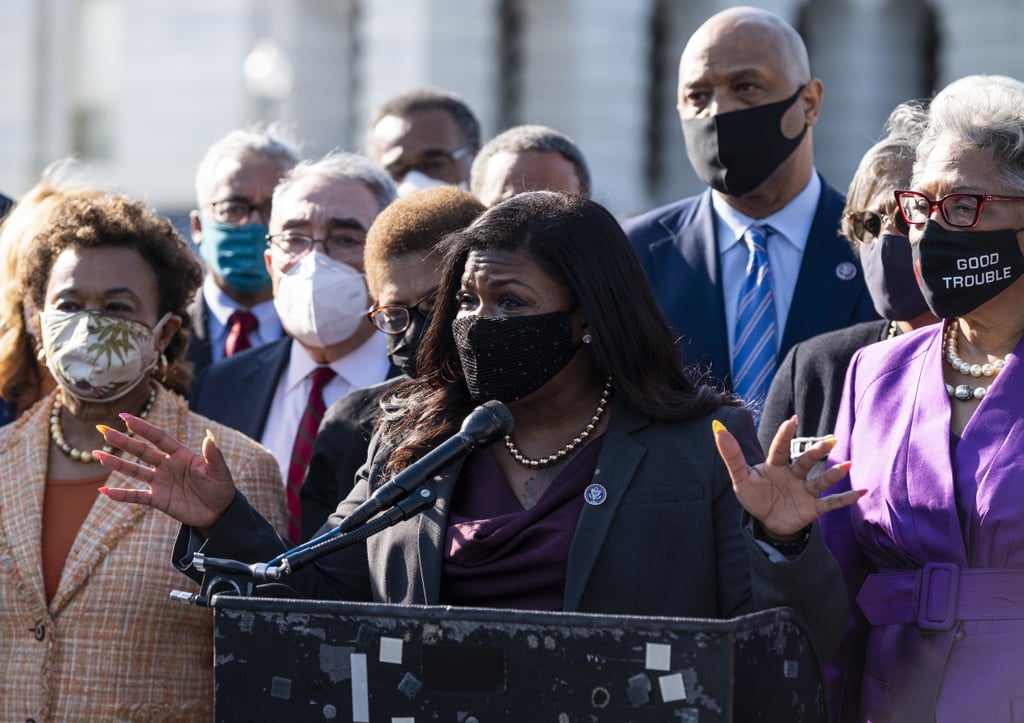 Cori Bush shared her complex feelings on the Derek Chauvin verdict. On April 20, the Missouri representative joined fellow Congressional Black Caucus members to deliver a press conference on the news that the former Minneapolis police officer had been found guilty on all three charges in the death of George Floyd. “As much as I want to be overjoyed, that really should be the regular thing,” Bush said. “It shouldn’t be that there is this worldwide wait to find out what the verdict is.”

Bush described the verdict as a “step” — the “popping of the lock.” She said, “This was accountability, but it’s not yet justice. Justice for us is saving lives.” Bush, who was sworn into office at the start of this year, added, “I came to Congress to save and to legislate for Black lives . . . That’s the work.”

In addition to her speech on the Capitol steps, Bush also released an official statement that dove deeper into the nuances of her thoughts on the trial and subsequent verdict. “This trial has been nothing short of a traumatizing, painful and gut-wrenching reminder of how difficult it is to hold police accountable when they murder members of our community,” she began the statement.

“This trial has always been about one police officer in a corrupt and violent system that continues to disproportionately target Black and brown people. We’ve all been forced to grapple with the question: What is justice? Because our criminal-legal system is not a just system — it’s a violent and oppressive one,” she said. Bush also pointed out that as the Chauvin trial took place, 20-year-old Daunte Wright was fatally shot by police officer Kim Potter in a suburb of Minneapolis on April 11, and weeks before, on March 29, 13-year-old Adam Toledo was killed by police officer Eric Stillman in Chicago. “A just world is one where George Floyd is never murdered. It’s one where Daunte Wright isn’t pulled over for having air fresheners hanging from his rearview mirror. It’s one where Black lives matter.”

Bush was gathered in the Rayburn Room of the Capitol with other Congress members when the verdict was read by Judge Peter Cahill. A video of that emotional moment shows Massachusetts Representative Ayanna Pressley immediately embracing Bush. “The moment we heard the verdict, we held each other,” Bush tweeted. “This feeling is not easy. But all of us will carry each other through this.”

Watch the Congressional Black Caucus press conference in its entirety ahead, and browse powerful photos from the day.