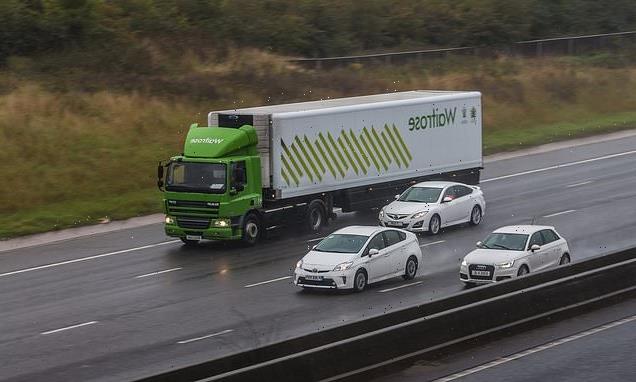 Waitrose lorry drivers earning more than lawyers and architects as salaries soar above £53,000 amid national shortage

Waitrose is offering lorry drivers more money than some head office executives amid a national shortage.

The supermarket is offering up to £53,780 annually to large goods vehicle (LGV) drivers, who it says are of ‘critical importance’.

This dwarfs the salaries being offered for several head office jobs advertised at John Lewis Partnership, Waitrose’s parent company. These include two senior executive roles at £45,000, and a finance analyst job at £46,700.

The national shortage of some 90,000 drivers has led to shortages of supplies at supermarkets, restaurants and pubs, prompting some large chains, including Nandos and McDonalds, to temporarily close or remove items from their menus.

Lower wages, the closure of a tax loophole for drivers and Brexit complications around hiring have all contributed to the crisis, along with an ageing workforce and the coronavirus pandemic, which has made it more difficult to train new drivers.

Tough on-the-job conditions may also be a factor in deterring new recruits from the industry, in which the average age of an LGV driver is 55.

Lorry drivers are often required to spend nine or 10 hours at the wheel, sometimes sleeping in the cab of the vehicle and relying on service stations for washing and lavatory facilities. 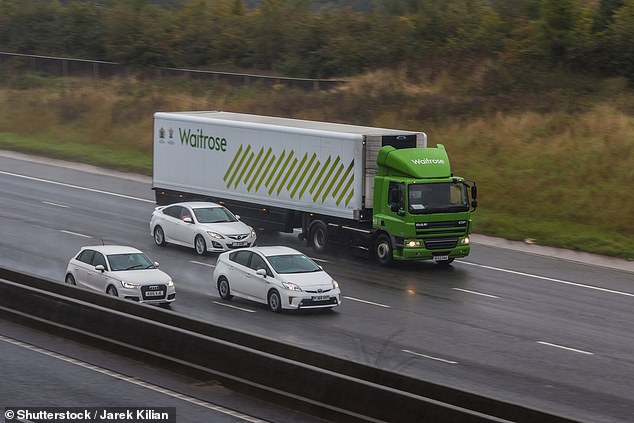 Waitrose is offering lorry drivers more money than some head office executives amid a national shortage. The supermarket is offering up to £53,780 annually to large goods vehicle (LGV) drivers, who it says are of ‘critical importance’ [Stock image]

Along with the soaring salaries, which Waitrose said had risen by an average of £7,000 in the past 18 months, according to The Times, the supermarket chain is also offering a £1,000 joining bonus to LGV drivers.

Tesco and M&S have adopted a similar tactic to attract drivers. Gist, a logistics company that delivers for these stores, along with Ocado, Aldi and Morrisons, is offering up to £56,674 for LGV drivers.

The position at Waitrose offers ‘a vast range of benefits and a healthy work-life balance,’ according to the advertisement. Some of the benefits include discounted holidays and access to a private members club.

Supermarkets and logistics firms have asked the government to add drivers to a list of shortages based on occupation, which would allow recruits to apply for skilled worker visas.

A review of the list, which includes ballet dancers and classical musicians, is not due until next year.

Meanwhile, business secretary Kwasi Kwarteng in a letter yesterday urged employers to help the ‘many UK-based workers [who] now face an uncertain future and need to find new employment opportunities,’ rather than rely on foreign labour.

His comments came ahead of the UK’s furlough scheme ending on September 30. 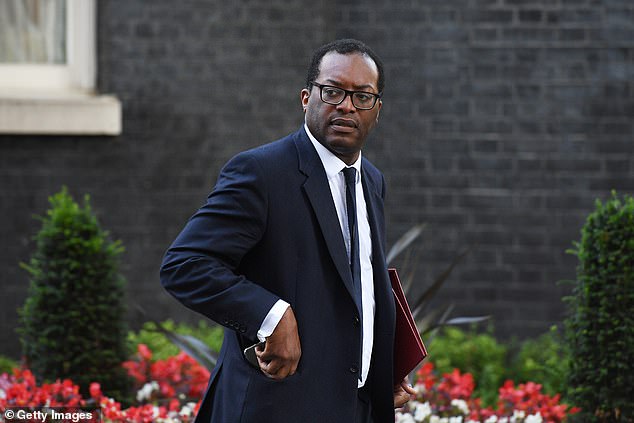 Business secretary Kwasi Kwarteng in a letter yesterday urged employers to help the ‘many UK-based workers [who] now face an uncertain future and need to find new employment opportunities,’ rather than rely on foreign labour [File photo]

Supermarkets and hauliers have also warned that shoppers could face long-term higher prices for food as result of systemic changes to the supply chain.

The Road Haulage Association said the ‘substantial’ pay rises offered by firms in need of new drivers could force supermarket bosses to pass the costs on to customers.

Rod McKenzie, managing director of policy and public affairs at the RHA, said that the shortage of drivers needs urgent Government action and firms have offered better incentives and pay deals to secure potential recruits.

‘Certainly drivers’ pay is increasing, often by quite substantial amounts,’ he said. ‘This in turn is a cost that will need to be passed on, and given the tight profit margins of most haulage operators that means their rates to customers will have to go up.

‘In turn, this may mean more of us paying higher prices for goods, services and shopping – including food prices – going forward.’

One supermarket boss also said that increasing wages for drivers will result in inflationary pressure for retailers. 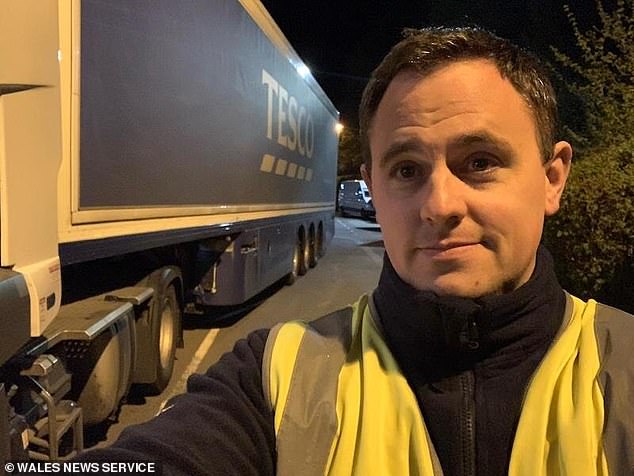 Despite the job’s gruelling conditions, the sky-high salaries for LGV drivers have attracted a number of new recruits, including former jet pilot and soldier Aaron Leventhal (pictured)

‘Paying drivers more, in itself isn’t the solution as it is resulting in them making choices about the level of working hours and balancing reduced hours along with weekend working,’ they said. ‘It will also create more inflationary pressure in the sector, which no one clearly wants.

‘To ease the pressure we need the Government to quickly allow us to access the EU labour market, whilst the industry must also play its part in increasing the driver pool through fast-track driver programmes and apprenticeships.’

The food retailer also warned that the food supply issues facing the UK are now embedded and won’t improve unless direct action in the short, medium and longer term is taken.

Despite the job’s gruelling conditions, the sky-high salaries for LGV drivers have attracted a number of new recruits, including former jet pilot and soldier Aaron Leventhal.

Leventhal, 37, lost his job during lockdown when budget airline Flybe collapsed, and has revealed he earns more as a lorry driver.

The first officer’s pilot salary at Flybe was £30,000 a year, but freelance truckers are now earning £40,000-a-year filling the gaps in the national shortage of HGV drivers.

Father-of-one Mr Leventhal said: ‘Companies are desperate to get drivers and they will pay more. I can’t see it coming down too much because it’s kind of a trap.

‘I’ve had emails coming through in the last six months paying up to £30-an-hour.’