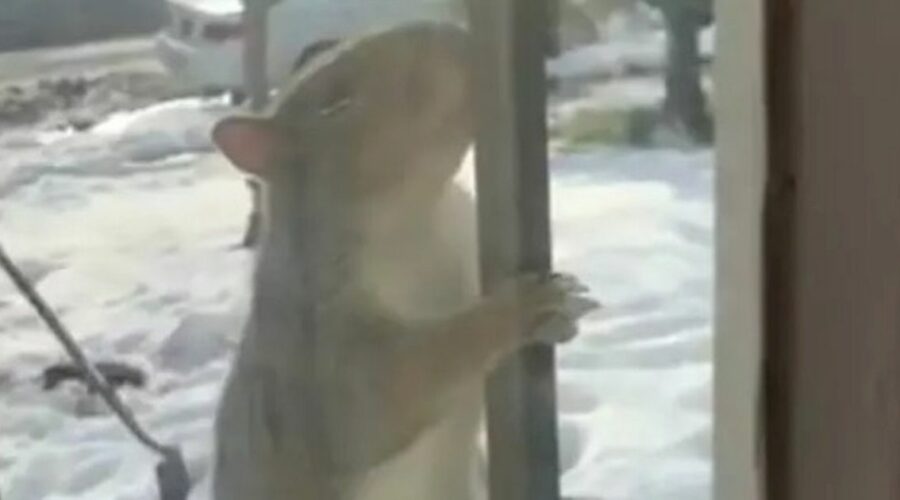 Angry and violent squirrels are terrorising a neighbourhood and biting local residents.

Some people in Rego Park in the New York borough of Queens are scared to leave their homes following a spate of vicious attacks in the area.

Victim Micheline Frederick revealed her bite wounds that are still healing after the shocking assault.

She said: "You hear someone has been bitten by a squirrel, you're like: 'Okay, you got a little bib, what's the deal?' But this was…this was an MMA cage match. And I lost!

"We're wrestling in the snow and there's blood everywhere and my fingers are getting chewed and it won't let go.

"Eventually, it just stopped and there I was a big bloody mess."

Micheline got a rabies shot as a precaution after the violent pre-Christmas attack.

She tried to warn her neighbours but admitted there is little that can be done when the little critters decide to strike.

Local Vinati Singh said they are "aggressive going after people", including her husband twice.

The husband said: "He basically grabbed onto the plastic bag that I had, tried to climb up my leg. I was able to shoo them off. That was the first time.

"The second time was right here when I tried to get in."

At least three other people in the area have reported being attacked by a squirrel, but it is not clear whether the perpetrator is the same for all the incidents.

The NYC Department of Health said that the squirrel/squirrels are unlikely to have rabies.