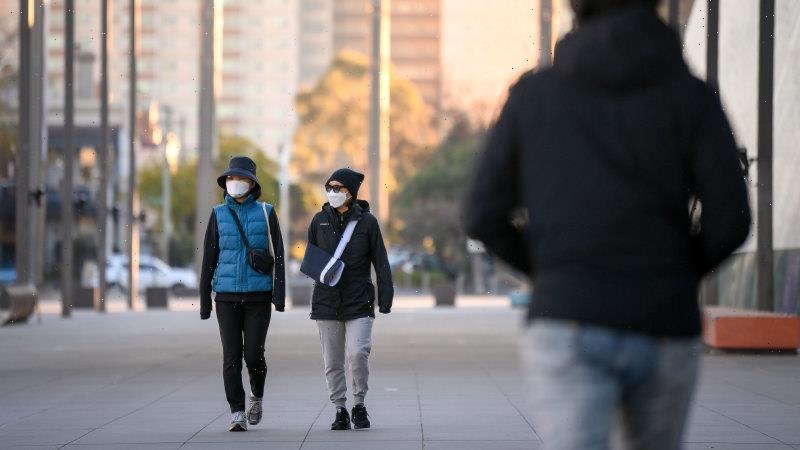 Victorians were shivering through unseasonably chilly temperatures on Monday as a strong cold front continued to cross the state.

Temperatures generally dropped between nine and 11 degrees below the November average on Sunday, after the front pushed into western Victoria late on Saturday night and then moved across the state. 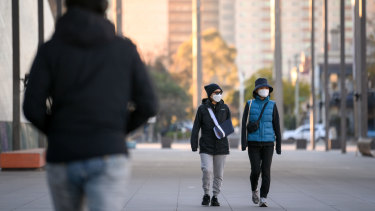 Temperatures in Victoria have been unseasonably cold. Credit:Eddie Jim

The front brought gusty winds, showers, some isolated thunderstorms to central and eastern parts of Victoria, small hail and cold air, with temperatures topping about 15 degrees in Melbourne.

Bureau of Meteorology forecaster Miriam Bradbury said while the front had moved into the Tasman Sea on Monday, it was continuing to impact Victoria “because that very cold air mass that’s associated with the front is still sort of streaming across the state”.

The state’s snow level dropped down to about 1000 metres early on Monday, bringing with it a bit of snow about the peaks.

“It has been abnormally cold,” Ms Bradbury said.

“We will continue to see pretty wintry conditions. Maximum temperatures today aren’t expected to be very high, generally 8 to 12 degrees below the November average.

“[We’re also] continuing to see those partly cloudy conditions and some isolated showers today, so [the front is] still having an impact in that way.

“But because it is moving away from Victoria, we are going to see a gradual improvement to the weather over the next couple of days, so those temperatures will gradually recover a bit more, the showers will ease off and contract away to the southeast, and that cloud will start to clear up a bit as well.”

The bureau issued a severe weather warning for damaging winds on Monday morning for the Gippsland districts, with peak gusts of up to 90km/h possible for Wilsons Promontory, the east Gippsland coast and the alpine area. Gusts of 130km/h were recorded at Wilsons Promontory about 11am on Sunday.

There were still a number of flood warnings in place across the state on Monday.

Melbourne on Friday recorded its coldest November day since 2007 with 14.0 degrees, and Ms Bradbury said it would be down to the decimal point as to whether that record was beaten on Monday.

“It’s a possibility but more likely, we’d probably go over because there is a gradual warming trend over the next couple of days.”

Ms Bradbury said Victorians could expect more showers on Thursday and Friday because of a relatively weak trough tracking into the state from South Australia.

“It’s not a very cold system, that one; it is going to knock our temperatures down a little bit, but it’s not going to be like this cold front we’ve seen over the past couple of days,” she said.

“There is a significant follow-up system expected to come through on Saturday and Sunday, which could bring further, more significant rainfall totals, but given that it’s almost a week out, that one is still … a ‘watch this space’ and we’ll firm up the details to that one closer to it actually happening.”

Melbourne was forecast to reach maximum temperatures of 16 degrees on Tuesday, 21 on Wednesday, 25 on Thursday, then drop back down to 18 on Friday.

Fascinating answers to perplexing questions delivered to your inbox every week. Sign up to get our new Explainer newsletter here.