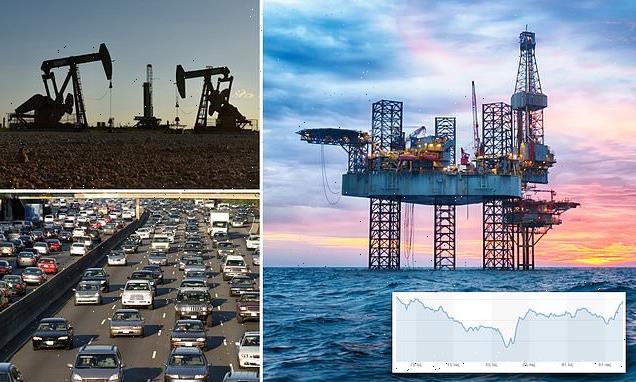 US oil prices have hit their highest level since November 2014 as a hearty economic recovery from COVID-19 crashes against a lack of truck and port workers and Hurricane Ida’s damage to oil infrastructure.

West Texas Intermediate or WTI, one of the leading global benchmarks of oil prices, rose to $78.03 per barrel on Monday, a price that hasn’t been seen in seven years.

OPEC+, a global cartel of the world’s top oil-exporting nations, is set to meet via teleconference today, but they’re unlikely to raise oil production to meet current demand because they’re unsure of the trajectory of COVID-19 in countries like the United States, analysts say.

In July, the group agreed to increase output by 400,000 barrels a day every month beginning in August after long negotiations.

‘It’s going to take oil prices sustaining above $80 a barrel for a period of time or pushing sharply higher,’ for OPEC to consider producing more oil, Richard Bronze, head of geopolitics at Energy Aspects, told the New York Times. 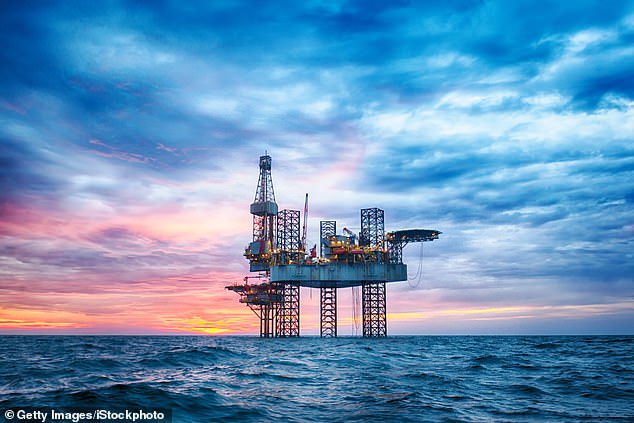 US oil prices have risen due to Hurricane Ida destruction, supply chain issues driven by less workers and increased demand as the economy recovers from COVID-19 lockdowns 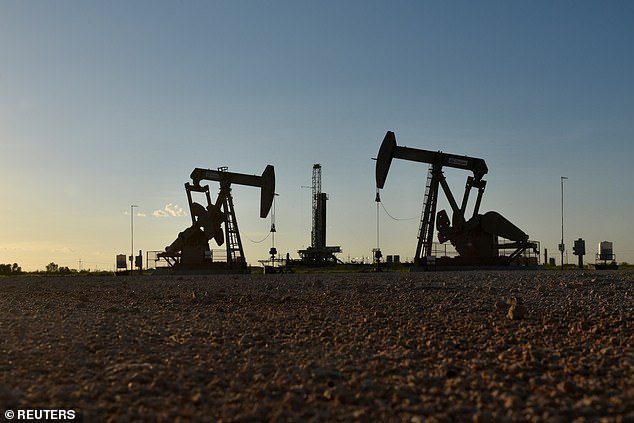 OPEC, a cartel of the world’s top oil producing nations, is unlikely to raise output even more during a meeting today. They already agreed to an increase of 400,000 barrels a day in July

Last month, the US Energy Information Administration lowered its estimate of US crude oil production in the Gulf of Mexico in August by 200,000 barrels a day as a result of Hurricane Ida, which closed or slowed down at least nine refineries, the agency said.

The agency also said it expected refineries to average 713,000 barrels a day less in September than they would have without the disruptions.

The surge in oil prices is partly driven by concerns about running out of natural gas, which is used to generate electric power. The US is a major gas exporter and has benefited from that fear, but natural gas production was also slowed by Ida.

At the same time, a shortage of port workers and truck drivers is making it hard to deliver oil and other goods to consumers, driving demand up.

‘We’ve had supply chain issues really now for the past year and a half. They’ve afflicted many commodities,’ Stephen Roach, the former Morgan Stanley Asia chairman, told CNBC.

Many large, multinational corporations are suffering from a supply chain crisis that’s causing shipping delays and shortages of goods. Among them are Costco, FedEx, Walmart and Home Depot. 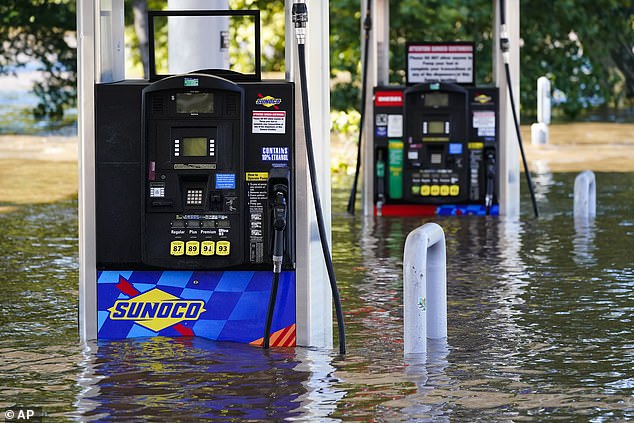 The US expected refineries to average 713K barrels less per day in September due to Hurricane Ida. Above, a gas pump submerged in Philadelphia on September 2 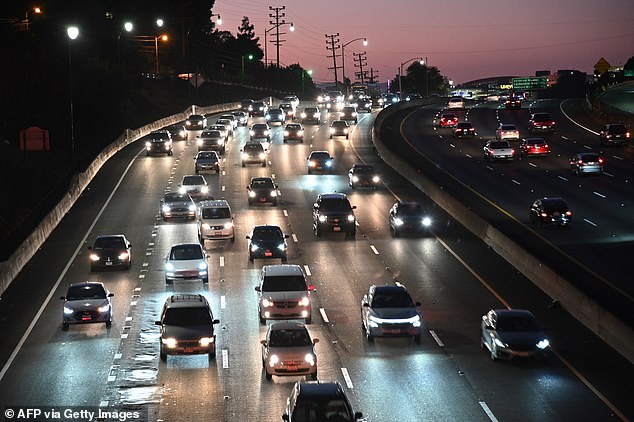 Average gas prices in the US have risen by almost $1 in the past year, according to AAA

A decrease in demand over the first months of COVID-19 in 2020, followed by an overflow at the back end of year, has resulted in delays, port traffic jams, and blockages. A lack of port workers and containers has worsened the situation.

The price of Brent Crude, the other top oil benchmark based around the North Sea of Northwest Europe, was up to $81.57 a barrel on Monday from a pandemic low of $21.33 in April 2020.

Simultaneously, top retailers are facing the consequences of truck and driver shortages, leading to longer delays and higher costs.

Roach warned that if this continues and stagflation materializes, it would most likely coincide with the 2021 holiday spending season.

‘The impact will primarily be through the price level,’ Roach said. ‘We need to look much more carefully about the potential risks.’

Average gas prices in the US have risen by almost $1 in the past year, according to AAA.

In August, the White House asked the Federal Trade Commission (FTC) to look into high gas prices across the nation, noting that the cost of crude oil had dropped at the time while the price at the pump had not.

Biden also asked OPEC to ramp up oil production, but the group of nations seems to be treading carefully when it comes to producing more oil.

Last week, Morgan Stanley warned that the sharp increase in crude oil prices could bring about ‘demand destruction,’ a period in which people no longer want a good because it costs too much or it’s too hard to get.

The price of Brent Crude, another top oil benchmark, was up to $81.57 a barrel on Monday. One expert says OPEC would have to see prices above $80 for a long time to increase production

‘Oil prices have disconnected from the marginal cost of supply. Instead, they are travelling to the level where demand destruction kicks in, which we estimate at ~$80/bbl,’ Morgan Stanley wrote in June.

The bank, however, noted that the tipping point would be closer to $85 a barrel.

Morgan Stanley predicted that the global oil supply chain would get tighter, citing an average of three million barrels of crude oil drawn per day last month compared to the 1.9 million drawn in previous months.

‘These draws are high and suggest the market is more undersupplied than generally perceived,’ the bank’s analysts Martijn Rats and Amy Sergeant told CNBC.

In England, Prime Minister Boris Johnson tried to downplay fears of rising gas prices, telling Sky News:  ‘I appreciate how infuriating it has been for people, the situation is stabilizing.

‘It’s a problem that’s really been driven by demand not by supply, though obviously we are taking all the precautions that we can.

‘You need to take all possible precautions but the supplies are getting in, they’re getting to the forecourts and people need to be going about their business in the normal way.’

OPEC agreed in July to increased output each month by 400,000 barrels a day. The move is expected to add about two percent to the world’s supply by the end of the year.