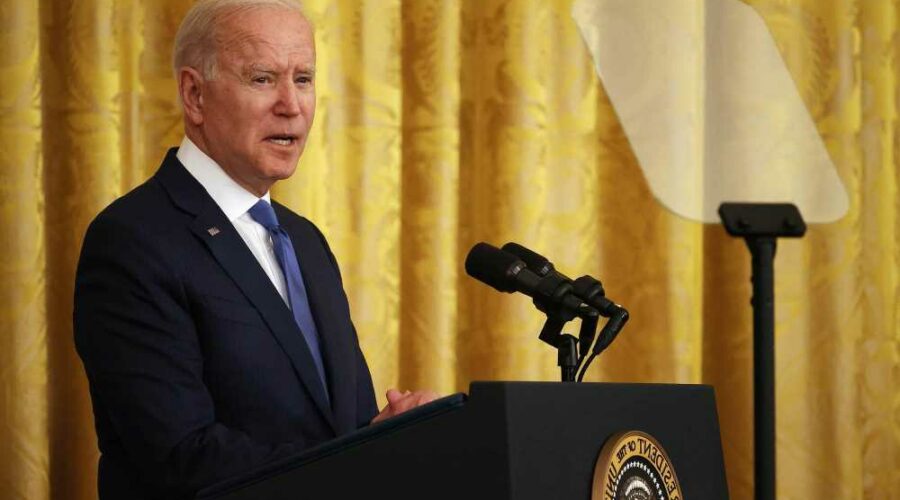 The US launched airstrikes against Iran-backed militants in Syria and Iraq on Sunday in response to drone attacks against American troops and facilities in Iraq, the Pentagon said.

President Biden ordered attacks on two targets in Syria and one in Iraq near the border with the two countries, Pentagon Press Secretary John Kirby said in a statement.

“As demonstrated by this evening’s strikes, President Biden has been clear that he will act to protect U.S. personnel,” Kirby said.

“Given the ongoing series of attacks by Iran-backed groups targeting U.S. interests in Iraq, the President directed further military action to disrupt and deter such attacks.”

The US was justified in the airstrikes under international law as a matter of self-defense, he stated. There was no information about the amount of people killed in the strikes, but Kirby said the president took the action under his authority “to protect US personnel in Iraq” in domestic law.

The sites that were attacked were used for “operational and weapons” storage by militia groups including Kata’ib Hezbollah and Kata’ib Sayyid al-Shuhada, Kirby said.

“We are in Iraq at the invitation of the Government of Iraq for the sole purpose of assisting the Iraqi Security Forces in their efforts to defeat ISIS,” Kirby said in the statement.

“The United States took necessary, appropriate, and deliberate action designed to limit the risk of escalation — but also to send a clear and unambiguous deterrent message,” he went on.

“The strikes were both necessary to address the threat and appropriately limited in scope.”