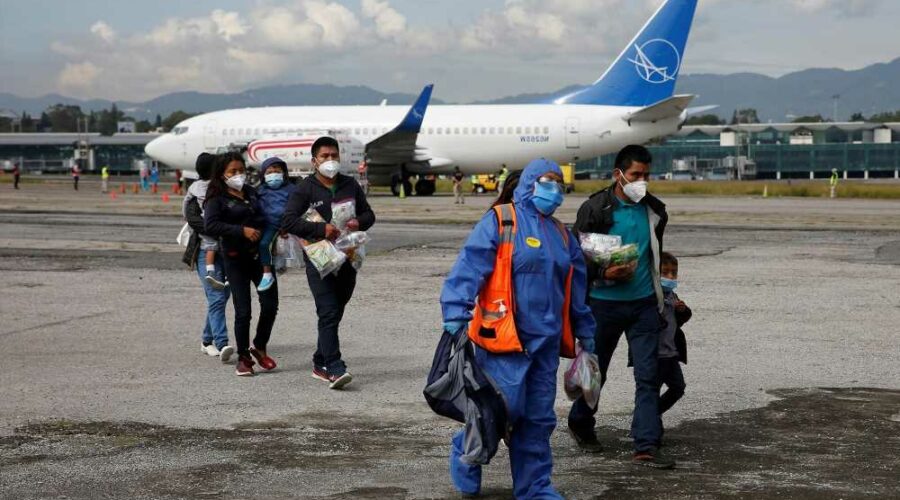 US authorities are flying families and single adults turned away from the southern border deep into Mexico as the Biden administration tries to deter repeated crossing attempts, according to a new report.

Reuters said Friday that 200 Mexican and Central American family members were taken away from the border region Thursday on the first of what are expected to be regular flights to southern Mexico. Once the immigrants arrive, the report added, the White House will work with shelters and non-governmental organizations to ensure they are returned to their countries of origin.

The initial expulsions have taken place under the Trump-era policy known as Title 42, which permits the rapid deportation of single adults and some immigrant families in an attempt to check the spread of COVID-19.

The Centers for Disease Control and Prevention announced Monday that the policy had been renewed and would remain in place “until the CDC Director determines that the danger of further introduction of COVID-19 into the United States from covered noncitizens has ceased to be a serious danger to public health.”

The Department of Homeland Security (DHS) said in a separate statement Monday that it would process illegal immigrants in accordance with the order, which it called “not an immigration authority, but a public health authority, and its continued use is dictated by CDC and governed by the CDC’s analysis of public health factors.”

Immigration officials say that once illegal immigrants are expelled under Title 42, there is no mechanism preventing them from attempting to cross the border again. US Customs and Border Protection are estimated to have stopped more than 200,000 illegal immigrants at the southwest border last month; it is unclear how many of those had made more than one attempt.

The American Civil Liberties Union and pro-immigration groups restarted litigation aiming to block the use of Article 42 following the CDC’s announcement Monday, claiming the policy inhumanely denies migrants the right to claim asylum in the US.

Lee Gelernt, the lead ACLU attorney on the case, claimed to Reuters that the Biden administration is “apparently looking for new ways to expel people and in the process subject these desperate migrants to additional trauma.”

In addition to the expulsion flights, DHS announced last week that it would restart fast-track deportation flights for families to Guatemala, El Salvador and Honduras.

The White House did not immediately respond to requests for comment.