US President Donald Trump is hoping to secure another term in the White House in November’s presidential election, but the polls so far have not been in his favour. Now data shows the lead Democratic candidate Joe Biden holds over Mr Trump in the polls is closing – and swing states will be crucial to either’s victory.

On November 3, Americans will take to the polls in what has been a close run and controversial election so far.

There have been claims over mail votes, issues like the Black Lives Matter movement and continuing coronavirus outbreak which have plagued the election so far.

National polls show Democrat Joe Biden ahead of his rival Mr Trump, however several swing states could see the vote swing in the incumbent president’s favour.

Polling in battleground states shows Mr Biden has a slim lead over Mr Trump in three highly competitive states and in a dead heat in three others. 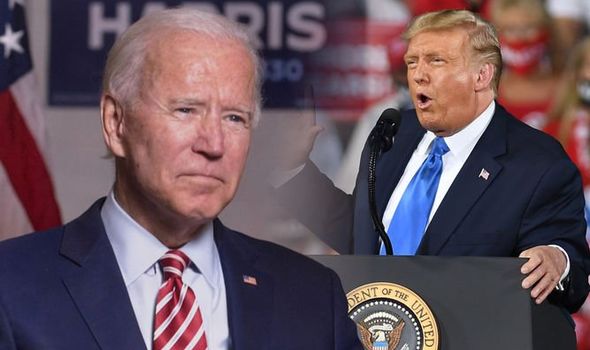 Taken together, the state and national surveys show the 2020 election may wind up with the same mixed result as 2016.

This would see the Democrats receiving a majority of the votes but the Republicans winning the Electoral College and the White House.

The president has repeatedly cast doubt on the legitimacy of the election, asserting without evidence that mail-in voting would lead to fraud and a “rigged” outcome.

Mr Trump said: “The ballots are a disaster.” 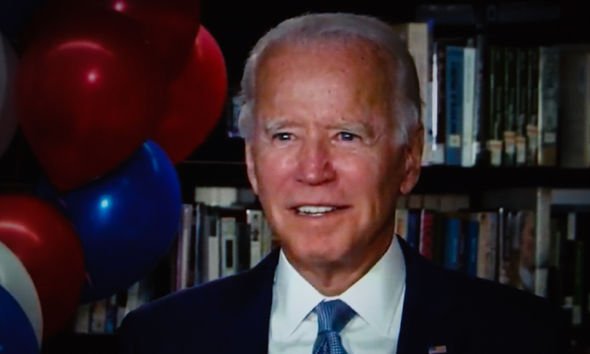 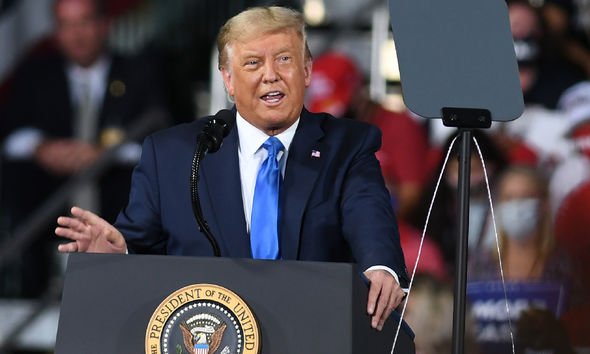 Which swing states are crucial as Trump closes in on Biden’s lead?

In Reuters/Ipsos national polling, Mr Biden is currently eight points ahead, however the presidential race is much closer than that survey suggests.

The poll also found in Florida, Arizona and North Carolina, the two candidates are neck and neck among likely voters.

Mr Trump’s biggest advantage on the economy was in Florida, where 51 percent of likely voters said Trump would be better at creating jobs, while 41 percent believed Mr Biden would be better.

Mr Biden led by one percentage point in Arizona, three points in Pennsylvania and five points in Wisconsin and Michigan.

President Trump was out campaigning in the battleground states of North Carolina and Florida on Thursday.

He said the country’s economic prosperity was riding on the outcome of the election. 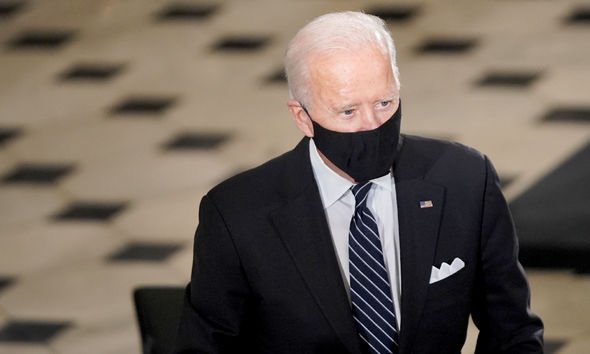 Mr Trump told crowds at the outdoor airport rally in front of Air Force One in Jacksonville, Florida: “If you want to save America, you must get out and vote.”

Mr Trump also criticised Biden as too far left for Americans and warned the Democrat’s efforts to battle the coronavirus would endanger the economy.

Mr Orban said he was convinced Mr Trump will win another term in November’s US presidential election and has made no plans for any other outcome.

He told Reuters: “The only reason why I’m sitting here after spending more than 30 years in politics is that I always believe in my plan A.”

“We have an exceptionally good relationship with Trump.

“Probably the level of openness and kindness and helping each other will be lower (if Democrat challenger Joe Biden wins the US election).

“But my calculation is OK. He (Trump) will win.”

25/09/2020 World News Comments Off on US Election polls tracker live: The SIX crucial swing states as Trump closes in on Biden
World News