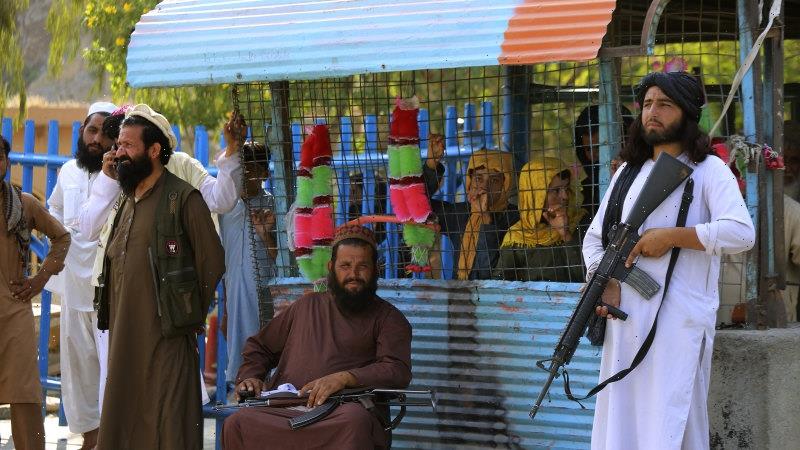 Kabul: The United States and Germany advised their nationals in Afghanistan to avoid travelling to Kabul airport on Saturday, citing security risks as thousands gathered trying to flee the country almost a week after Taliban Islamists took control.

Crowds have grown at the airport in the heat and dust of the day over the last week, with mothers, fathers and children pushed up against concrete blast walls in the crush as they seek to get a flight out.

The Taliban have urged those without travel documents to go home. At least 12 people have been killed in and around the single runway airfield since Sunday, NATO and Taliban officials said.

“Because of potential security threats outside the gates at the Kabul airport, we are advising US citizens to avoid travelling to the airport and to avoid airport gates at this time unless you receive individual instructions from a US government representative to do so,” a US Embassy advisory said.

The German Embassy also advised its local citizens not to go to the airport, warning in an email that the Taliban were conducting increasingly strict controls around the airport.

A senior US military official said there had been short periods in the last 24 hours when the gates to Kabul airport have been closed, but no reported change in the “enemy” situation in and around the single-runway airfield. 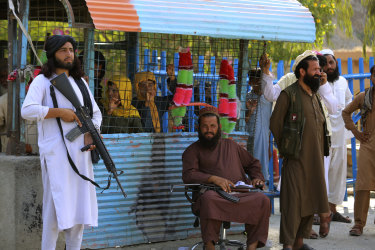 Taliban fighters stand guard on their side at a border crossing point between Pakistan and Afghanistan.Credit:

The Taliban are still trying to hammer out a new government and the group’s co-founder, Mullah Baradar, arrived in Kabul for talks with other leaders on Saturday.

A Taliban official, speaking to Reuters, said security risks could not be ruled out but that the group was “aiming to improve the situation and provide a smooth exit” for people trying to leave over the weekend.

The group’s lightning advance across the country as US-led forces pulled out, coinciding with what German Chancellor Angela Merkel described on Saturday as the “breathtaking collapse” of the Afghan army, sparked fear of reprisals and a return to a harsh version of Islamic law the Taliban exercised when they were in power two decades ago.

Switzerland postponed a charter flight from Kabul because of the chaos at the airport.

“The security situation around Kabul airport has worsened significantly in the last hours. A large number of people in front of the airport and sometimes violent confrontations are hindering access to the airport,” the Swiss Federal Department of Foreign Affairs said in a statement on Saturday.

A Taliban official said the group planned to ready a new model for governing Afghanistan within the next few weeks, with separate teams to tackle internal security and financial issues.

“Experts from the former government will be brought in for crisis management,” he told Reuters.

The new government structure would not be a democracy by Western definitions, but “it will protect everyone’s rights”, the official added.

21/08/2021 World News Comments Off on US advise against travel to Kabul airport amid security threats, evacuation chaos
Markets