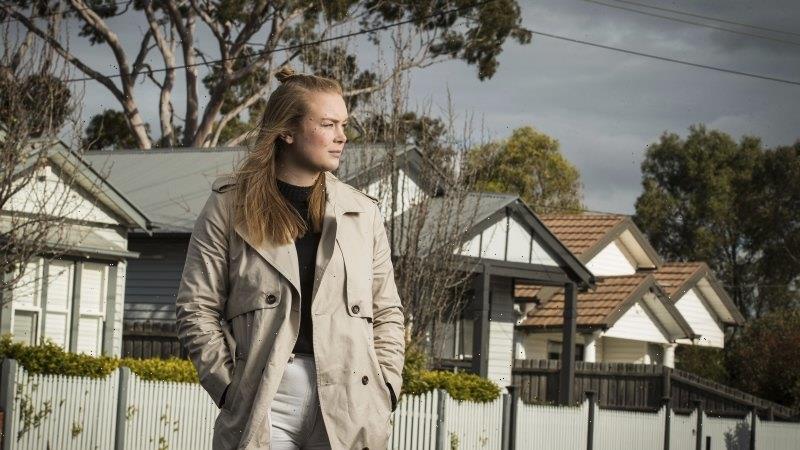 Melbourne buyers and their advocates are calling for a crackdown on underquoting as properties continue to sell for hundreds of thousands of dollars beyond the top range of price estimates.

Consumer Affairs Victoria has been inundated with complaints about underquoting, recording 383 inquiries between February and the end of April, a 129 per cent increase on the same period last year and up 34 per cent from 2019. 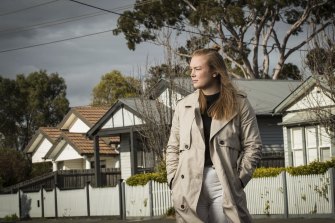 Samantha Paterson is looking to buy a house and is frustrated by the huge discrepancy between price guides and the actual sold price. Credit:Darrian Traynor

Morrell & Koren buyer’s advocate David Morrell estimates about 75 per cent of properties on the market are underquoted and called on authorities to act.

He said agents deliberately set low price ranges to drum up interest and grow their databases of potential buyers. They then use the impressive sales figures to attract future vendors, he explained.

“Their philosophy is ‘quote it low, watch it go’,” he said.

“If you are a competent real estate agent you should be able to value a property within 10 per cent of its sold price but to be out by 40 per cent is absurd.”

Underquoting occurs when a property is advertised at a price that has already been rejected by the seller, is less than the estimated selling price or less than a seller’s asking price. Agents are required by law to prepare a statement of information that includes an indicative selling price which can be a single price or a range of up to 10 per cent.

Mr Morrell recently lodged an underquoting complaint with Consumer Affairs Victoria against Kay and Burton agent Grant Samuel after he listed a rundown Armadale house with a price range of $3.8 million to $4.1 million. The property sold at auction for $5.8 million and Mr Samuel has denied it was underquoted.

No comparable sales were provided for the property, but Mr Morrell said he bought a similar property around the corner for $5 million just months earlier.

He said the regulator never responded. “There needs to be greater compliance and regular checks,” he said. “It’s demoralising for those looking to buy.”

She said in May, the regulator made unannounced visits to the offices of 29 metropolitan and regional estate agents to monitor compliance with Victoria’s underquoting laws and it was reviewing the material obtained.

The median house price in Melbourne is set to hit $1 million by Christmas, according to data released this week. It comes as a new survey by comparison platform Finder found that soaring property prices have made prospective buyers sceptical of advertised price guides.

Just one in five per Australians believe properties sell at their asking price, with almost a quarter expecting homes in their area to sell for a premium of at least 15 per cent above the guide.

Ben Reid, the director of Ian Reid Buyer and Vendor Advocates, said the market had risen so rapidly that comparable sales from three to four months ago— which are used to create price guides — were no longer relevant.

He said while most agents did the right thing, some were deliberately spruiking prices much lower than a property’s actual value and their vendor’s expectations.

“Agents shouldn’t be getting it wrong by the levels we are seeing.”

“There’s a lot of legislation requirements that agents must adhere to and must educate their vendors about so we don’t have any concerns about underquoting,” she said.

Samantha Paterson is a former real estate agent who knows the tricks of the trade.

“They are quoting lower so they get hundreds of people through; it is a drawcard,” she said.

The 26-year-old, who has been looking for a house with her partner since November, is flabbergasted by the huge discrepancy between a house’s price guide and its sold price.

The pair have unsuccessfully bid on three properties in Kew and Brunswick, where they put in a pre-auction offer $65,000 above the top estimate and were knocked back.

“The regulator needs to step in and real estate agents need to be realistic about their quoting range. It is setting up a lot of buyers for failure.”

Consumer Affairs Minister Melissa Horne said underquoting was dishonest, misleading, against the law and would not be tolerated.

“We take this kind of behaviour extremely seriously, and have introduced strict laws to stop it from happening,” she said. “Estate agents have been fined or taken to court for breaking the law.”