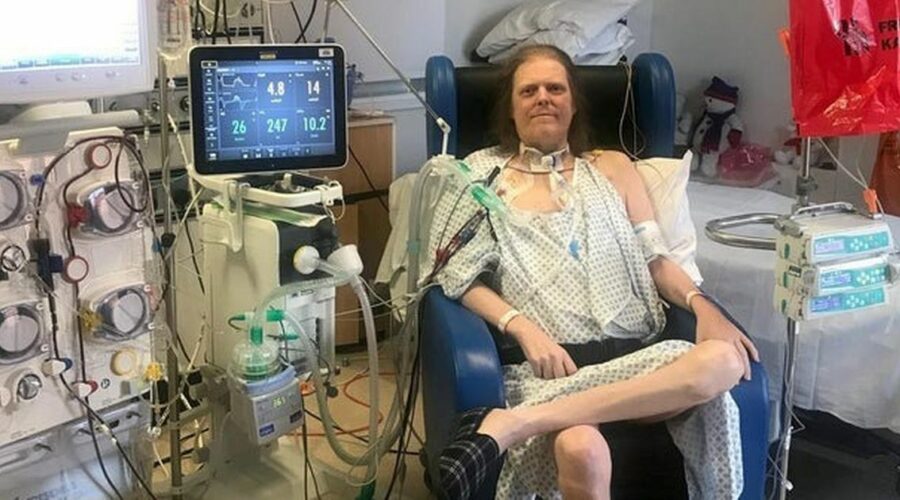 A Leeds man is now the UK's longest-suffering coronavirus patient after being on the Intensive Care Unit in hospital for over a year.

Jason Kelk, 49, was recently able to walk out of the bed he was admitted into the ICU in April, 2020 after first falling ill with the virus before Christmas 2019, Leeds Live reports.

Over 12 months have passed and he remains in the same hospital ward and is thought to be one of the nation's longest-suffering Covid-19 patients.

But Jason's wife, Sue claims he is making strides in his recovery now and is hoping he will return home soon.

She said: "For a very long time, I was always told that it would be a question of if, not when, Jason would return home.

"Now, it's really looking like him coming home with me is a real possibility – we're saying when and not if!"

This past month, Jason was taken off the ventilator that he had been on for over a year – a huge relief to Sue, and Jason himself.

He remains on intermittent renal dialysis, whilst Jason still has a tracheotomy – meaning that he continues to vomit every day.

During his time in hospital, Jason has had non-Covid related illnesses, which have also debilitated his health.

"His kidneys and lungs had almost been completely destroyed and he has developed suspected gastroparesis," his wife added.

"He had aspirated into his lungs so badly that he vomited a litre, this lead to him developing pneumonia.

"He then had a cardiac arrest later in the year. It's just been awful for him."

Sue said that Jason has good days and bad days in his recovery, with the bad days being difficult to deal with.

During his time in hospital, Sue has only been able to see her husband sparingly, which has been difficult for them both.

However, Jason has made small recovery steps in recent weeks, with Sue being able to see her husband three times a week, and allowing him to go outside.

In February, Sue was sent a video of Jason walking for the first time, Sue's spirits were at a high.

She told Leeds Live that "I just want to be ready when we hear the words – Jason is ready to go home soon."

With Jason being hospitalised for over 12 months, the last year has been extraordinarily difficult for the family.

To help support them for when Jason returns home, Sue has set up a GoFundMe account to give the family some relief.