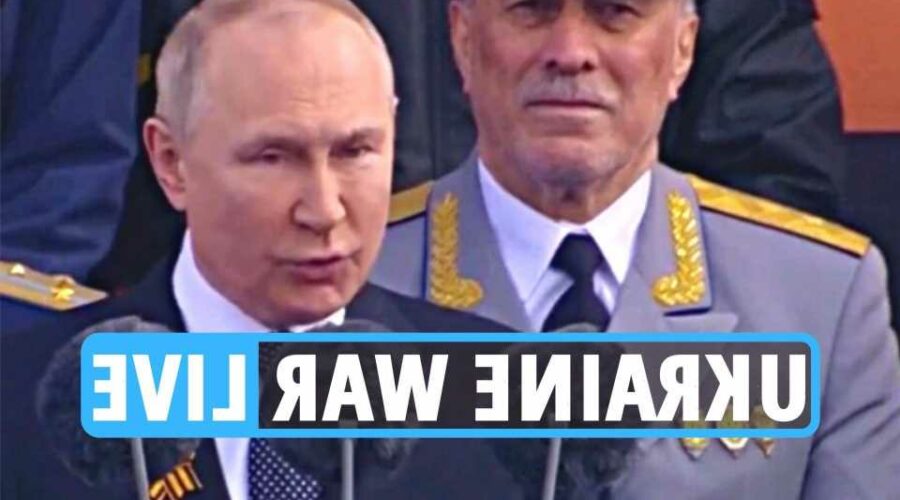 PRESIDENT Zelensky has issued a fierce warning to Vladimir Putin in his nightly address, making it clear he will not back down.

The Ukrainian said the Russians would meet the same fate of all previous invaders over the centuries, moments after Putin attended Moscow's Victory Day parade.

Zelensky said: "On February 24, Russia launched an offensive. Treading on the same rake. Every occupier who comes to our land treads on it. We have been through different wars. But they all had the same finale.

"Our land was sown with bullets and shells, but no enemy was able to take root here. Enemy chariots and tanks drove through our fields, but it did not bear fruit.

"Enemy arrows and missiles flew in our skies, but no one will be able to overshadow our blue sky."

Hundreds of Ukrainian defenders continue to remain in the steel plant and are holding out under Russian attacks.

Petro Andriushchenko, an adviser to the mayor of Mariupol, said the Russian forces began laying siege to the plant after a UN convoy left the Donetsk region.

The Russians were trying to blow up a bridge used for evacuations in order to trap the last few defenders inside, he said.