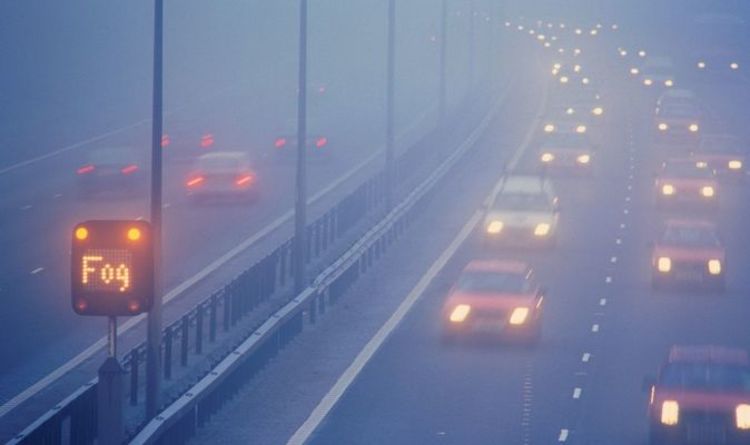 “The threat for snow between November 17-22 looks to be around normal for the time of the year, which is any accumulating snow is likely to occur in the higher elevations of northern England and Scotland,” Tyler Ros, AccuWeather meteorologist, told the Mirror.

“We do have to watch a cold snap that appears to move into Eastern Europe early next week.

“If this bleeds westward towards the UK (with the core of the cold remaining in eastern Europe), then the temperatures will be near to slightly below normal during this stretch.“

“Areas of fog, some very dense with visibility near 50 metres in places, and currently focused across Cheshire, Staffordshire and Shropshire, seems likely to develop more widely during the coming hours,“ the Met Office stated Sunday night.

“It is uncertain at this stage whether the same areas will be affected during the Monday morning peak travel period.“

The Met Office has stated the country will begin to experience colder temperatures from Friday, November 19 to November 28.

WXCharts predict temperatures in Britain may fall to between -7C and -11C from the week of November 23.

“Cloudy for most, with patchy, mainly light rain across the far north,” the Met Office predicted Monday’ forecast.

“Throughout this period, winds will often be blowing from the west or northwest, with some incursions of northerly winds possible.

“High pressure will often be close by to the south and southwest of the UK, bringing largely settled and dry conditions here, this possibly extending to all areas of the country at times.

“However, some spells of rain are likely to affect northern areas, accompanied by brisk winds.

“There is a possibility of a trend towards colder conditions later, with a low risk of wintry showers in the north. Otherwise, temperatures are likely to be close to or just below average.

“Under high pressure, frost and fog is likely overnight, this fog slow to clear during the morning.”