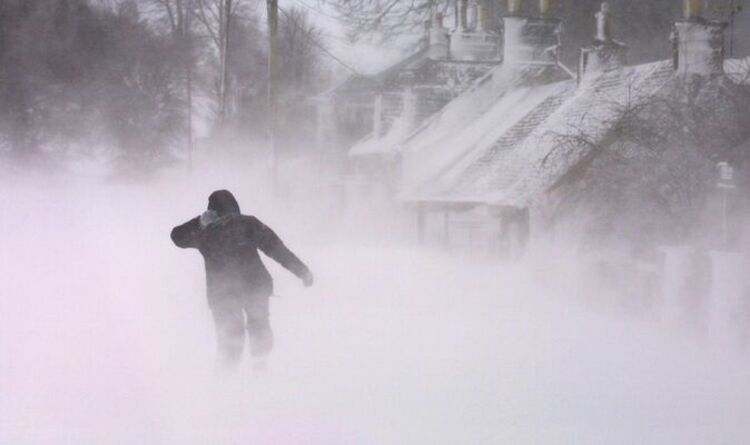 UK weather: BBC predicts it will get 'colder and colder'

WXCHARTS has forecast a slightly mild start to the week, with temperatures in the south just slipping into double digits, averaging around 10C. While in the northern areas, temperatures are likely to be between six and eight celsius before the temperatures plummet by the latter half of the week.

Looking ahead to next week, the Met Office said: “Rain for many northern areas Tuesday, brighter in the south.

By Thursday, WXCHARTS forecasts areas slightly north of Inverness may see a build-up of up to 49 centimetres of snowfall with temperatures as low as -9C.

Snow is unlikely for the rest of the UK, but there will still be a biting cold for many as temperatures struggle to climb past 5C by Thursday afternoon.

During the early hours of Friday morning in Scotland, some areas will reach minus double digits, with -10C on WXCHARTS.

The cold snap is set to continue well into the weekend for all as “stubborn cold” temperatures struggle to climb and widespread frost sets in.

BBC Meteorologist Darren Bett stated: “Later in the week, it looks like it’s turning colder and we’ve got the potential for more sleet and snow perhaps in the south.”

Jim Dale, a meteorologist for British Weather Services, said: “There is no sign yet of any return to the warm and sunny weather that we saw at the end of March.

“Temperatures will move back towards average at the start of the week, but this will be accompanied by more unsettled conditions from the Atlantic.

“This is the start of a balancing effect commonly seen with the weather.

“It was very dry and settled throughout March, especially during the final part which brought fine conditions, but this is now about to change to something wetter.”

He added: “Temperatures will hover around the early-April norm until Wednesday when colder winds drive in from the north.”