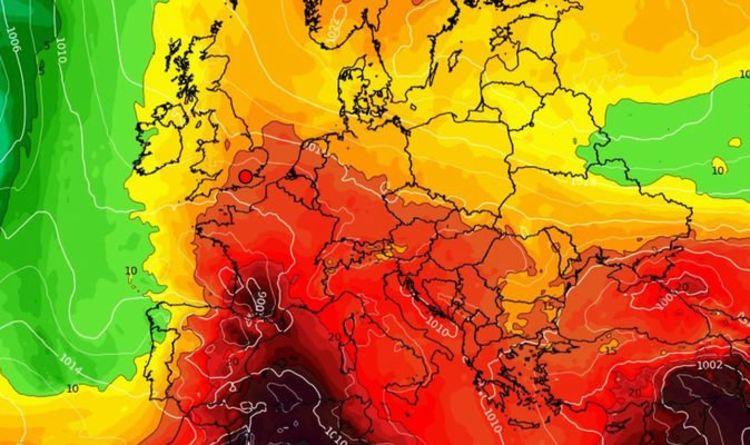 The latest heat maps from Netweather turn boiling red in Europe to show sweltering highs of 32C hitting France on Saturday, July 3. The red shades of hot air are then seen pushing upwards towards the UK on the same day. The European heat could help temperatures in the south reach 22C in Portsmouth, Southampton and Brighton.

London and Kent could be even warmer as they also see 23C.

And most of the midlands including Birmingham and Coventry, as well as Manchester and Liverpool in the north-west are expected to bask in 21C.

Temperatures may also hit 22C as far north as Glasgow, in Scotland.

The BBC’s forecast suggested high pressure in Europe at the start of July could help a heatwave hit the UK. 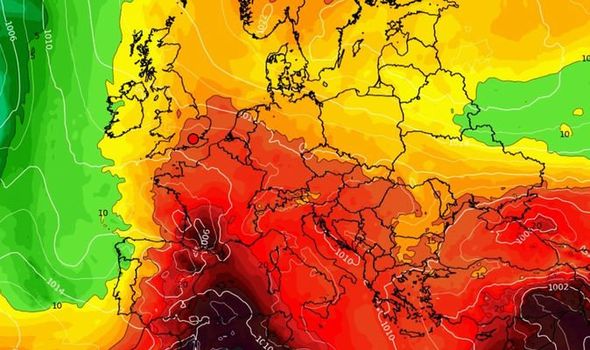 The long-range forecast between Monday, July 5 and Sunday, July 18, said: “The high in the Atlantic will occasionally send some more transient high pressure systems through northern Europe.

“These will tend to shift eastward and only stick around for a few days at a time, but they will bring some sunnier and drier weather to break up the unsettled spells.

“If any of these highs get trapped in Germany for too long, we will see warmer days mixed in as well.

“All this adds up to a rather changeable outlook for July, although we anticipate any warmer, sunnier days will be brief spells rather than the norm. 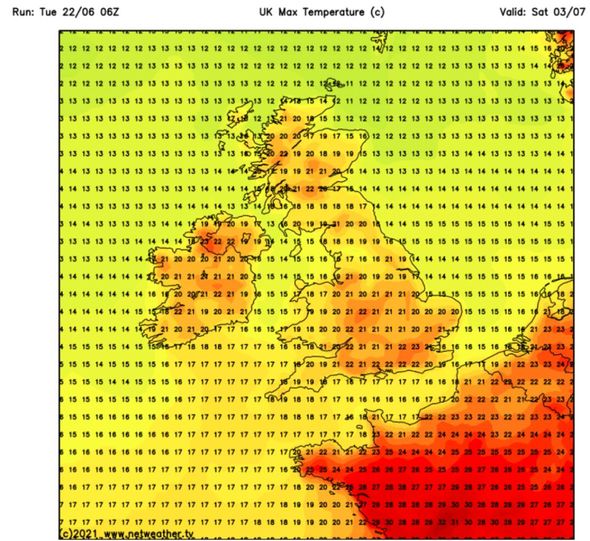 “The extent of high pressure influence in western and northern Europe is the main source of uncertainty for the forecast.

“Computer models are very enthusiastic on developing a strong high to our east over Germany and into Scandinavia by mid-July.

“This would be a very warm pattern for the UK with a potential for heatwaves.”

The Met Office’s forecast between Monday, July 5, and Tuesday, July 20, added temperatures could hit “above average for the time of year”. 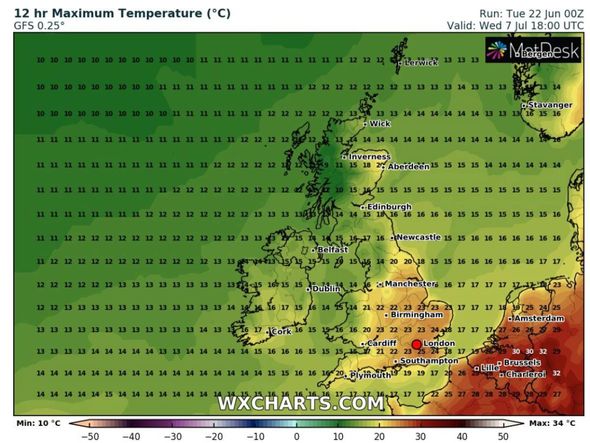 This may be broken up by brief spells of rain.

The forecast said: “Predominantly dry weather is likely, but with briefly more unsettled spells of rain or showers for southern and eastern parts, alongside more prolonged rain for the northwest of the UK.

“Winds are most likely remaining light to moderate throughout, with temperatures at or slightly above average for the time of year.

“Confidence decreases later into the period. 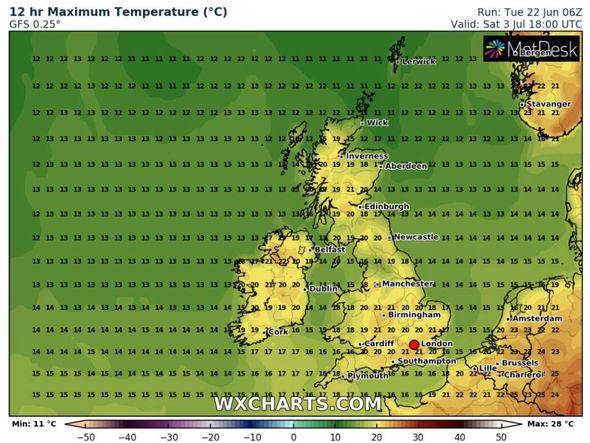 “Confidence remains low for this period, but it is possible that periods of generally settled conditions will continue, these interspersed with some briefly unsettled spells at times.

“Most of the rainfall from fronts moving into the country will be over northern parts of the UK.

“Temperatures will probably remain around average for this time of the year, with many areas seeing warm weather.”