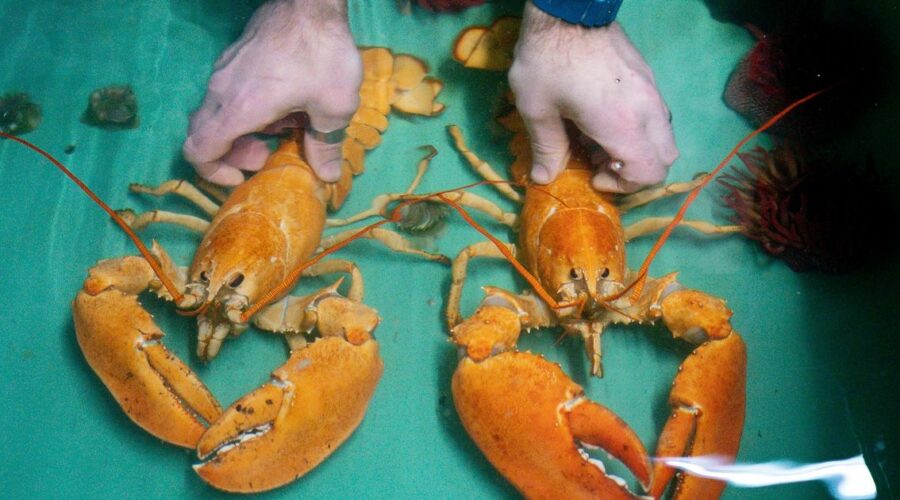 A man found two incredibly rare lobsters at a fishmongers in Britain in a billion to one odds.

47-year-old Joseph Lee is a caterer and was shopping at Makro Wholesale, a cash and carry when he stopped over at the fishmongers in Leicester.

What he saw there blew his mind, as he found two orange Canadian lobsters in the tank.

The lobsters are so rare that just one in 30 million are ever caught, making the odds of finding two of them one in a billion.

Joseph said: "I went in to do my usual shopping for my catering business. "I saw these two orange lobsters from a distance and thought they were toys because that's the only time I've seen them orange apart from when they're cooked.”

Joseph knew that the lobsters could not be cooked because you need to keep lobsters in a special tank with flowing water below seven degrees.

He said: “I thought someone was having a joke and had put a couple of orange toy lobsters in the tank.

"I got closer and noticed they were alive. I couldn't believe my eyes.

"I've been going to Makro for ten years and used to be a fishmonger myself but I have never seen anything like that before.

He went on to say: ”Rob the fishmonger told me they were really, really rare lobsters and to get one in the tank was a one in 30 million chance so the chances of having two are one in a billion.

"It is like getting struck by lightning three times and surviving each time.

"To have not just one but two in the tank is unimaginable."

Joseph was able to convince the fishmonger to not sell the lobsters for the listed £25.50, but to instead donate the rare creatures to an aquarium.

They are now settling into their new home at the National SEA LIFE Centre, Birmingham.