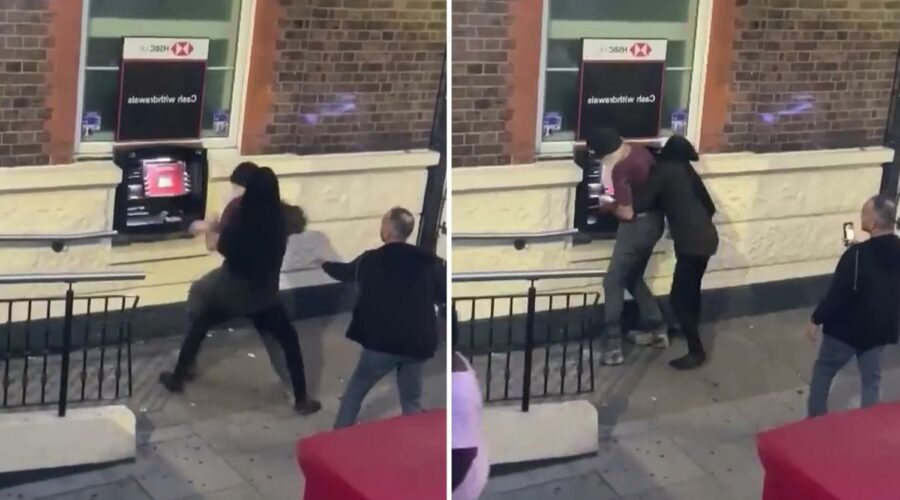 TWO men scrapped at a cash machine in broad daylight – as two onlookers simply stood by and filmed the brawl on their phones.

There is confusion over whether it was an attempted robbery in east London, as cops haven’t received an official complaint. 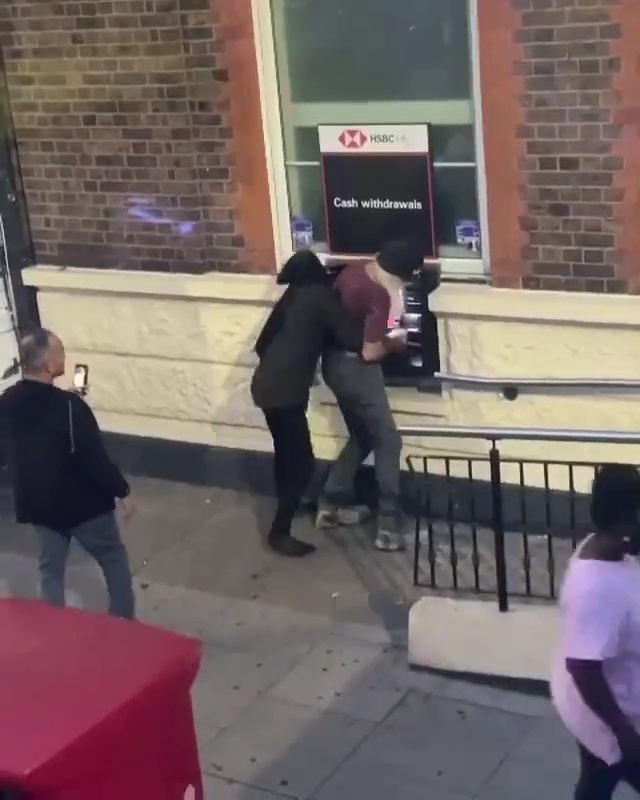 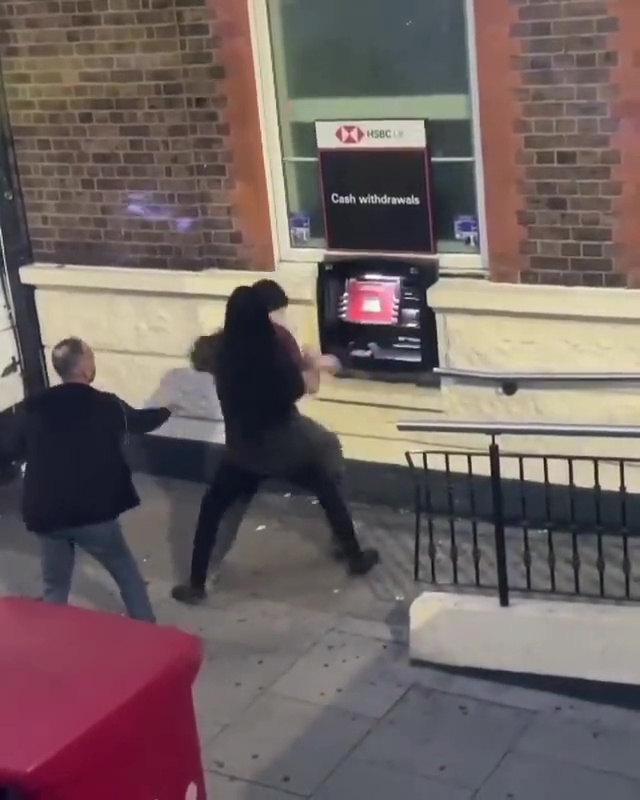 The men were filmed grappling outside the HSBC branch in East Ham, possibly on September 27, say police.

But clips shared on social media appear to show onlookers just watching the clash at the bank's ATM machine.

The pair could be seen tussling at the cashpoint in broad daylight.

While one man was using the machine, the second tried to pull him away.

But the first man managed to stand his ground and fend off his rival.

However, onlookers just filmed it on their mobiles – rather than help and split them up.

One onlooker on a passing bus can be heard in a video asking: “Why is no one helping him?”

He was unable to intervene as the double-decker was just stopped in traffic.

“Bet their families would be proud that they helped out there.”

George West urged: “F*****g help the dude rather than film.”

Sarah added: “And the w*****s recording instead of helping. Society is broken.”

Another advised: “Everyone needs to be careful, when it comes to going to cashpoints.”

A spokesman for the Metropolitan Police told The Sun Online: "On the evening of Monday, 27 September, police were made aware of a video on social media appearing to show a robbery at a cashpoint in East Ham.

"Enquiries were carried out and it does not appear the initial incident had been reported to officers.

"We have made contact with the person who uploaded the video and are waiting for them to provide further details."