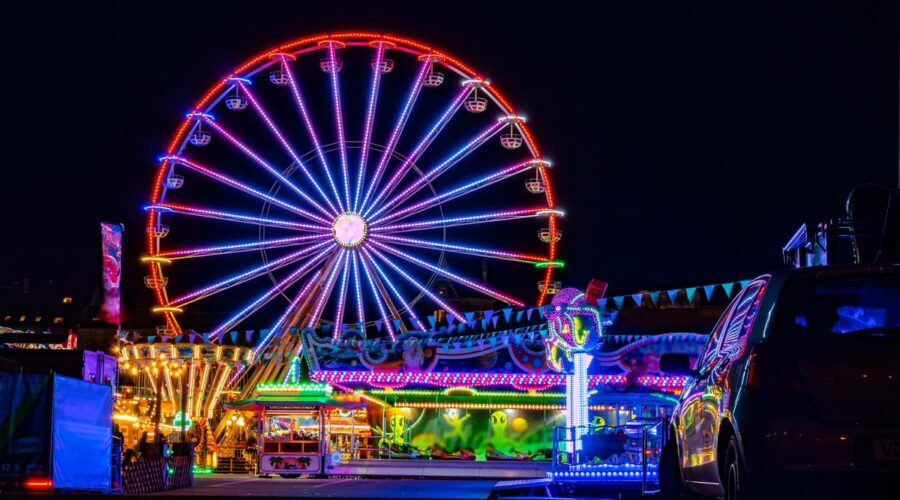 Two rides at an Easter carnival in Christchurch have been shut down – including one after a 7-year-old girl was flung into the air and left dangling without a safety latch on.

WorkSafe is investigating, and management of the property where the event is taking place told the Herald that “very fortunately” nobody was hurt.

The girl’s mother, who did not want to be named, shared the details of the ordeal on social media, which she said happened while the family were attending the Christchurch Easter & Anzac Carnival.

The girl was on the spider ride, which has long arms with pods attached to them. The pods spin around and the arms move up and down when the ride is operating.

After the ride, the pods were brought down and the safety latches undone so people could get off, the woman said.

But as the 7-year-old was disembarking, her mother said the pod flew back up into the air with her still in it.

“She was left hanging in the air, unsecured by herself! She’s 7 years old!! Absolutely petrified and screaming!”

WorkSafe confirmed it has been notified of the incident and is making initial inquiries to gather information.

The carnival was held on land owned by Christchurch City Council at the Canterbury Agricultural Park.

The Canterbury A&P Association, while it has nothing to do with the event itself, manages that land on behalf of the council.

Canterbury A&P Association general manager Tracy Ahern said the situation involving the young girl was one of two incidentsat the carnival on the same day.

The inner piece of a ferris wheel also fell off, she said.

Ahern said full incident reports were completed and both rides have been shut down pending further investigation and signoff from engineers.

She said the situation was “highly unusual” and deeply concerning.

“Very fortunately nobody was hurt in any of this.”

Ahern said the ride’s operator was Joy Rides. The Herald has contacted the company for comment.

In 2015 Russell Gordon Harris, operating as Joy Rides, was convicted and fined after a grandmother fell off and broke both legs on The Sizzler ride.

Ahern stressed other parts of the carnival were run by different operators. She said they all went through health and safety inspections on Saturday morning and did not present any risk.

When the mother of the 7-year-old girl was contacted by the Herald, she said she didn’t have any comment to make other than what was in her Facebook post.

She said on social media the ride operator could not lower the arm the pod was attached to for several minutes and the pod jolted up and down in the process.

The woman said she and her husband were getting ready to try to catch their daughter if the pod moved any higher and started spinning again.

“Seriously this could have been catastrophic!”

She estimated her daughter was about 5m in the air – the girl’s legs left dangling as she tried to hold on.

“Poor kid got flung back into the seat when the ride shot up. Thankfully she flung backwards and not forwards as there was nothing holding her in!”

The event has been listed online by JBC Shows. Organiser John Couling said he did not own the spider ride and was not responsible for other people’s equipment.