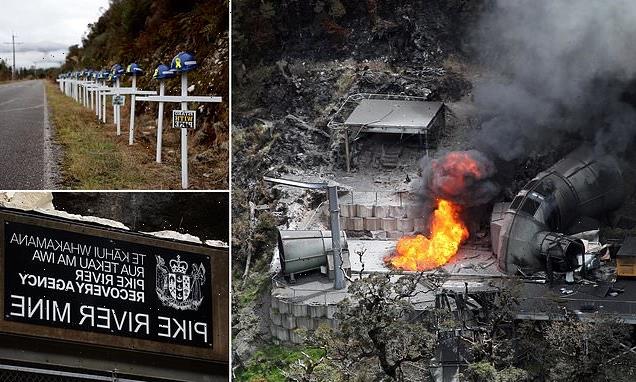 Two bodies have been found at the site of a New Zealand coal mine explosion that left 29 dead including two Britons more than a decade ago.

Police have located at least two bodies and possibly a third after a camera was sent down a newly dug hole at the Pike River mine on the west coast of New Zealand’s South Island.

But authorities said the main part of the site remains too dangerous to enter so they will not be able to recover the remains.

Police have been investigating the disaster for years, with some family members of the miners hoping they will eventually file criminal charges.

Thirty-two people were in the mine on the west coast of New Zealand’s South Island when a series of methane gas explosions took place on November 19, 2010.

Only two of the group managed to escape, staggering out of the mine more than an hour after the blast.

Police Detective Superintendent Peter Read said they had not yet been able to identify the bodies, although they were working with forensic experts to see if that was possible. 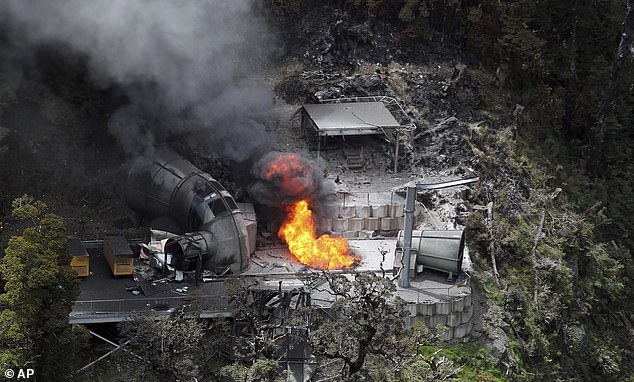 Two more bodies have been found at the site of a New Zealand coal Pike River mine (pictured, flames burn from a ventilation shaft above the Pike River mine) explosion which killed 29 workers more than a decade ago 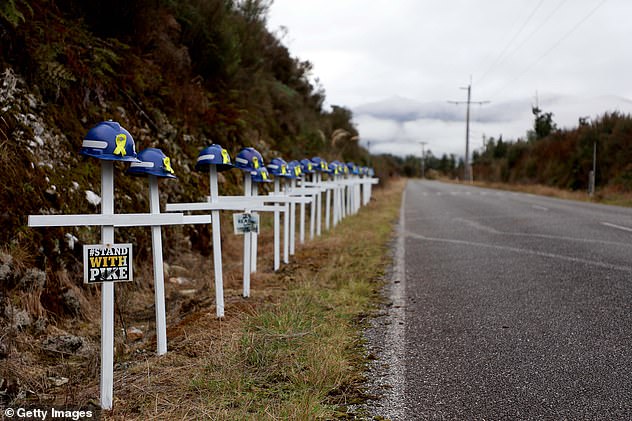 A series of blasts ignited by methane gas ripped through the Pike River Mine on the west coast of the South Island in November 2010, trapping 31 men, though two managed to escape 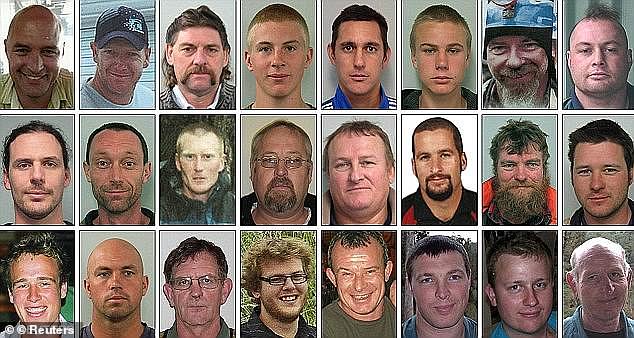 Read said the bodies were found at the far end of the mine, where methane levels remain high.

He said imaging technology had improved markedly since the disaster, which helped them make the discovery. He said they had previously identified the six or eight miners believed to have been working in that area at the time.

‘This is only two days away from the eleventh anniversary of the mine explosion, and we’d like to acknowledge the families of all the men,’ Read said. ‘It’s a really stark reminder of the pain and the loss.’

He said the discovery would help their investigation.

Read said police wouldn’t be releasing the images out of respect to the families and declined to describe the conditions of the bodies.

‘It’s what you might expect after 11 years, but I’m not really going into any details of what the images show,’ he said. 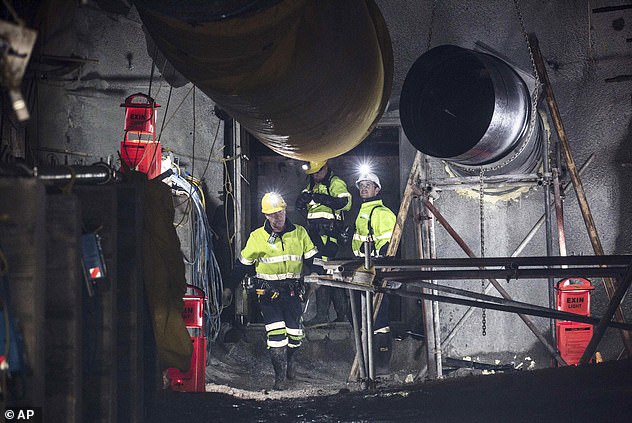 Pike River Recovery Agency, workers react after the first of the two airlock doors was opened in the Pike River Mine, near Greymouth on the West Coast of New Zealand, in May 2019 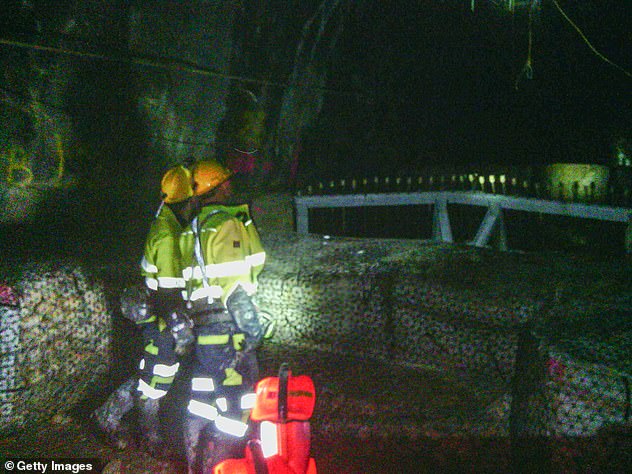 A three-man team took the first symbolic steps inside, beginning a months-long search of the 2.3-kilometre drift or entrance section in May 2019 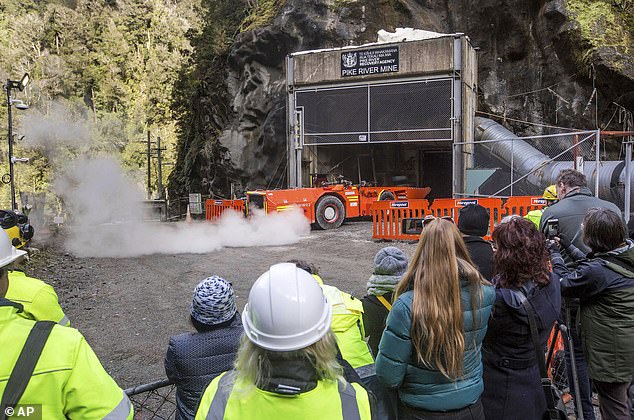 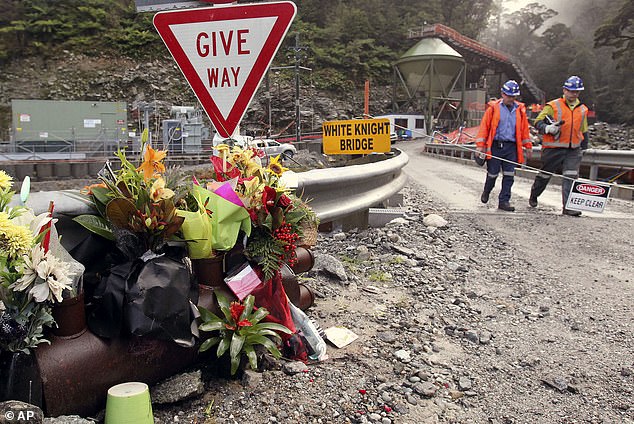 Anna Osborne, whose husband Milton was killed in the explosion, said she’d been preparing for the 11th anniversary and was initially shocked by the announcement.

She wondered at first if one of the bodies could be her husband but then realized he would have been elsewhere in the mine.

She said she felt some pride because the families had pushed hard for authorities to re-enter a safer part of the mine – sealed off following the disaster in 2010 – which they had finally done in 2019.

She said that helped reinvigorate the police investigation. ‘I think that our men deserve justice,’ she said.

Osborne said it was unfortunate the bodies could not be retrieved.

‘They all died together and they will all stay together,’ she said.

The workers were presumed dead after a series of methane explosions around the mine’s entrance – 5,000ft away from where they were working – trapped them underground.

Among the victims were two Britons – Pete Rodger and Malcolm Campbell.

Campbell’s father said after the disaster his son served an apprenticeship at a Fife paper mill before emigrating to Australia in 2007, where he worked as a miner.

A year later he moved to New Zealand and took the job at Pike River in the Paparoa Ranges mountains on the west coast of the South Island.

The other Briton trapped is Pete Rodger, 40, from Perthshire. The former grammar school pupil moved to New Zealand two years ago to be near to his mother and sister, who emigrated many years ago. 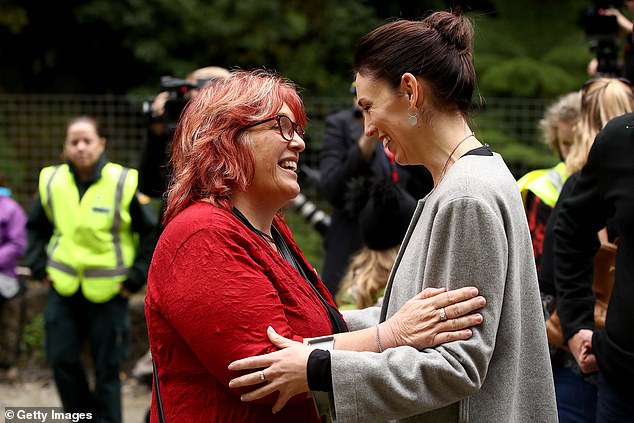 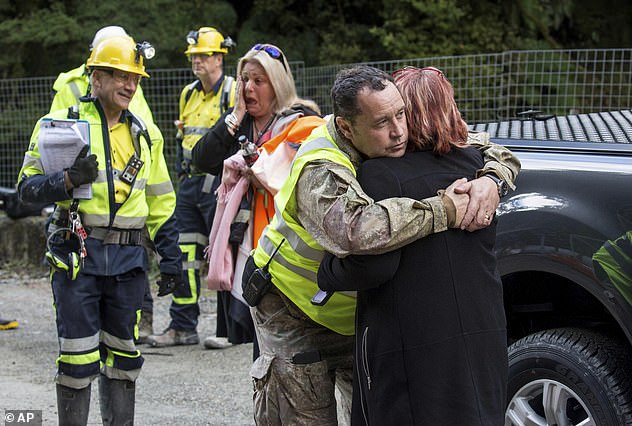 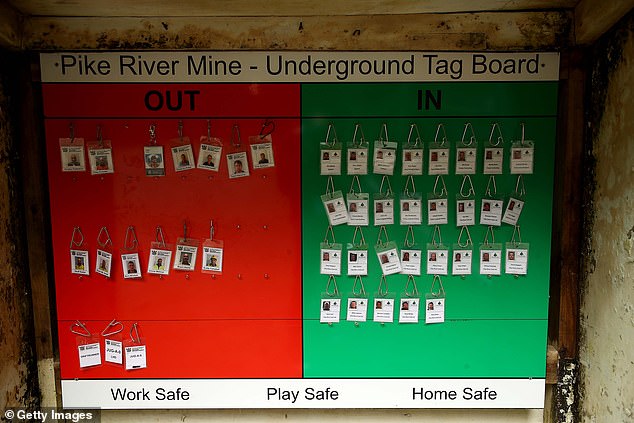 The families of those killed have since fought a long, complex battle to have the site re-entered to find the cause of the disaster and human remains 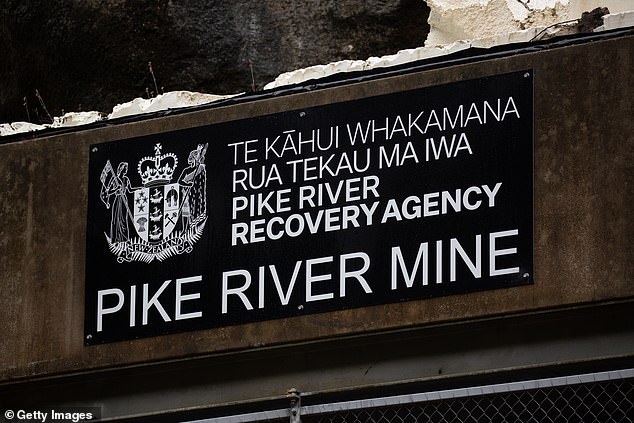 An earlier investigation concluded the Pike River Coal company had exposed miners to unacceptable risks as it strove to meet financial targets.

The report found the company ignored 21 warnings that methane gas had accumulated to explosive levels before the disaster and that there were not enough inspectors to keep up with their workload at the time.

The company, which went bankrupt, did not contest labour violation charges against it.

Labour violation charges against former chief executive Peter Whittall were dismissed after he and the company made a financial settlement, a development that angered many of the grieving families.

The blast caused a methane gas fireball which shot 350ft up a ventilation shaft, blackening trees and scorching equipment on the surface.

The two survivors stumbled out of the mine an hour later. One of the survivors, Russel Smith, was an hour late for work and so was not deep in the mine with those who died.

He and and fellow survivor Daniel Rockhouse walked out of the tunnel more than an hour after the explosion.