Donald Trump said Thursday during a town hall in Miami that he only posts about conspiracy theories on his Twitter because he wants people to be able to decide for themselves if it’s true or not.

He suggested that his tweets and retweets are not promotions of those conspiracies.

Trump reposted a conspiracy earlier this week that the Navy SEAL team who took down Osama bin Laden actually killed his body double so the team was then killed by the Obama administration.

‘I’ll put it out there. People can decide for themselves. I won’t take a position,’ the president continued.

Town hall moderator, NBC anchor Savannah Guthrie, who started off the evening by interrogating the president on a variety of topics, pushed Trump on his claim that his retweets don’t take a stance.

‘I don’t get that, you’re the president,’ Guthrie pressed. ‘You’re not like someone’s crazy uncle who can just retweet whatever.’ 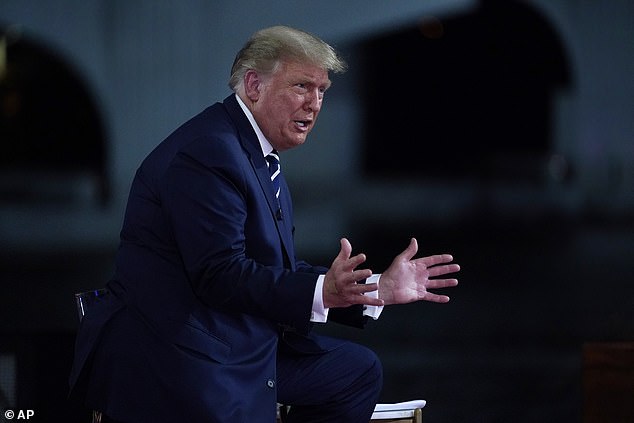 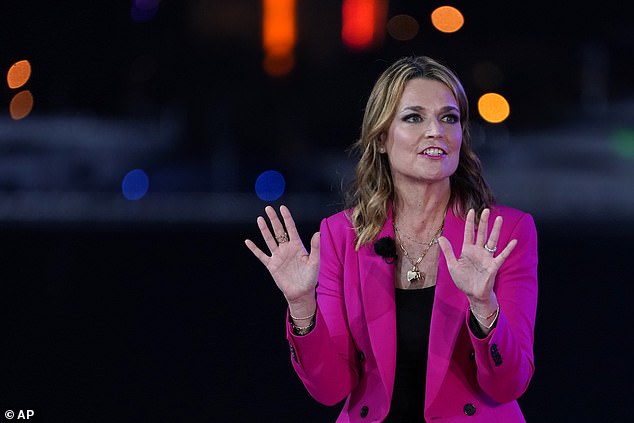 Moderator Savannah Guthrie pushed back on that claim: ‘I don’t get that, you’re the president. You’re not like someone’s crazy uncle who can just retweet whatever’ 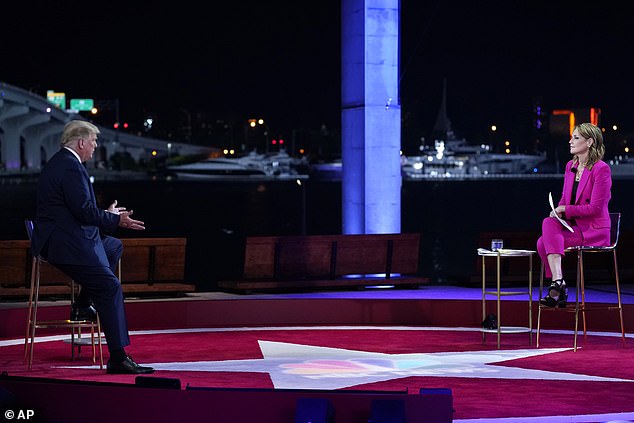 ‘That was a retweet,’ Trump insisted. ‘And I do a lot of retweets. And frankly, because the media is so fake, and so corrupt, if I didn’t have social media – I don’t call it Twitter, I call it social media – I wouldn’t be able to get the word out.’

The president was also questioned on another conspiracy theory, QAnon, before voters were given a chance to ask Trump their questions.

‘I wanted to ask you about QAnon – it is this theory that Democrats are a satanic pedophile ring, and you are the savior of that. Now can you just, once and for all, state that that is completely not true. So disavow QAnon in its entirety,’ Guthrie prompted in a contentious exchange with the president.

‘I know nothing about QAnon. I know very little,’ Trump claimed.

‘I just told you,’ she pressed. 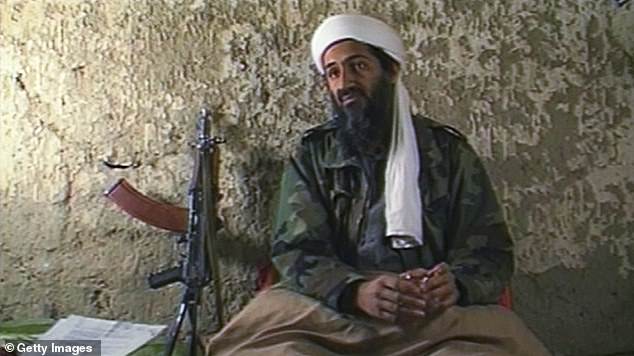 Guthrie tried another approach by inciting remarks from Republican Senator Ben Sasse of Nebraska – who in the past has clashed with Trump.

‘He may be right,’ Trump concede.

‘Why not just say it’s crazy and not true?’ she asked of the QAnon conspiracy theory.

‘Can I be honest, he may be right. I just don’t know about QAnon,’ he repeated.

‘You do know,’ she claimed.

‘I don’t know. You tell me all about it,’ he said. ‘Let’s waste the whole show. You started off with White Supremacy, I denounce it. You start off with something else. Let’s go, keep asking me these questions.’

Trump participated in a dueling town hall Thursday as Democratic nominee Joe Biden joined ABC News in Pennsylvania for his own at the same time.

The in-person town halls were scheduled after the debate, which was supposed to happen Thursday in Miami, was canceled after the president refused to participate after it was switched to a virtual format.

The debate was reformatted after Trump tested positive for coronavirus earlier this month.

The questions over conspiracies, and Trump’s refusal to denounce them, came after he reposted a tweet questioning the validity of whether SEAL Team Six actually killed Osama bin Laden. 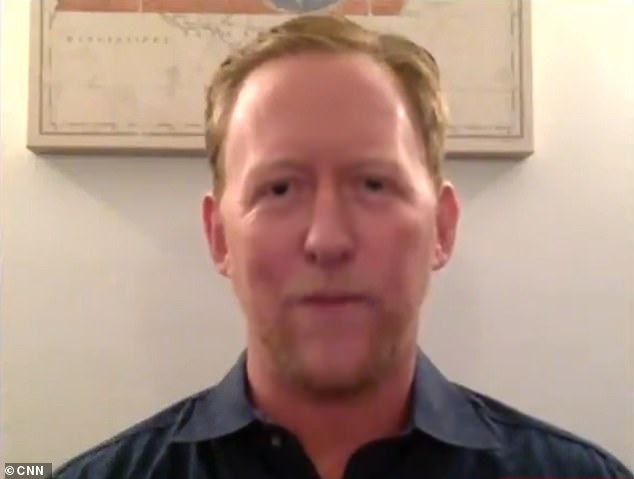 The former Navy SEAL famed for shooting dead bin Laden, Robert O’Neill (pictured), hit out at the QAnon theory. O’Neill was the person to shoot bin Laden three times in the head during a top-secret May 2011 raid on his hideout in Abbottabad, Pakistan

The former Navy SEAL who shot bin Laden dead hit out at the QAnon conspiracy theory pushed by Trump on his Twitter that claims Biden had SEAL Team Six killed after the raid.

Robert O’Neill, 44, appeared with Chris Cuomo on CNN on Wednesday night to voice his disgust that the ‘highest-ranking person in the country’ would be ‘trampling on the graves of some of the best heroes’ by claiming the team had not killed Bin Laden.

The online theory has suggested that O’Neill only killed a body double of bin Laden in the 2011 raid and that the Obama and Biden administration were implicated in the killing of the mission’s team to cover it up.

It also claims that bin Laden is still alive.

The idea was formed by QAnon, the far-right conspiracy theory centered on the baseless belief that Trump is secretly fighting enemies in the ‘deep state’ and a child sex trafficking ring run by satanic pedophiles and cannibals.

Yet this week, the idea became more mainstream as Trump himself retweeted posts and a video promoting the conspiracy about bin Laden’s death.

O’Neill, who is vocal about his conservative leanings, blasted the president as Cuomo questioned him on how it felt to see the rumors circulating, stating that this was ‘bigger than a retweet’.

‘I want to say that every man is alive [who was on that mission],’ he told Cuomo, pushing back against suggestions the team had made a mistake with bin Laden’s DNA and that they hand flown the body of the double into the mountains to hide the mistake.

He also laughed off claims that Hillary Clinton had ordered a missile to strike down SEAL team Six when the mistake was realized.

‘We went in there, we kissed our kids goodbye, and we were expecting death but we were willing to do it because of what had happened on 9/11,’ he said.

‘To see this on the internet now is due to politics and its an insult to the real people.

‘It’s a shame we’ve gotten there because of politics,’ he added.

He said that SEAL Team Six had taken many pictures from the night of the raid with bin Laden’s body and that they had waited until they were absolutely certain it was him following the DNA test.

‘This is comical, if you know the truth, then you are fine,’ he added. ‘If there is a time to release the photos, it is now.

‘I’ve been getting texts from other guys on the mission saying, ‘I didn’t know we were dead, did you? What did you do in there?” 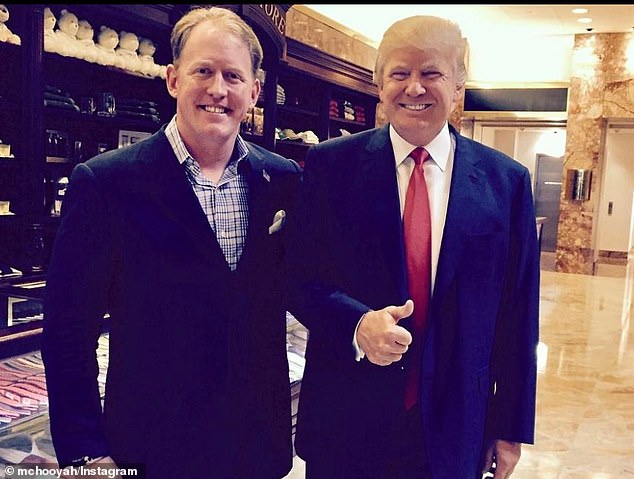 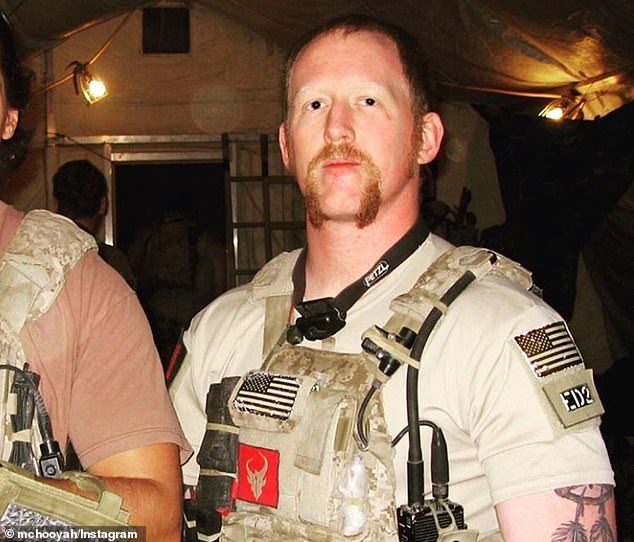 Cuomo asked O’Neill about his politics, stating that he knows he is ‘not a Biden fan’ but asking how it felt for Trump to be the person sharing the theories.

‘It’s one thing for a wacko to be a conspiracy theorist and to claim this but to be retweeted by the highest-ranking person in the country,’ O’Neill said of his disappointment.

‘Biden or Trump, I’m an American.’

O’Neill also mentioned how he had been using his Twitter account throughout Wednesday to poke fun at the claims despite his anger.

He joked that he must have killed ‘Osama bin Johnson’ before taking a more serious tune in refuting the claims that the mission team were killed.

‘Every SEAL from the UBL Mission is alive while you are reading this,’ O’Neill wrote.

On Tuesday, he also paid tribute to Obama, who was president at the time of the raid.

‘Very brave men said goodbye to their kids to go kill Osama bin Laden. We were given the order by President Obama. It was not a body double. Thank you Mr. President. Happy birthday @USNavy,’ he said. 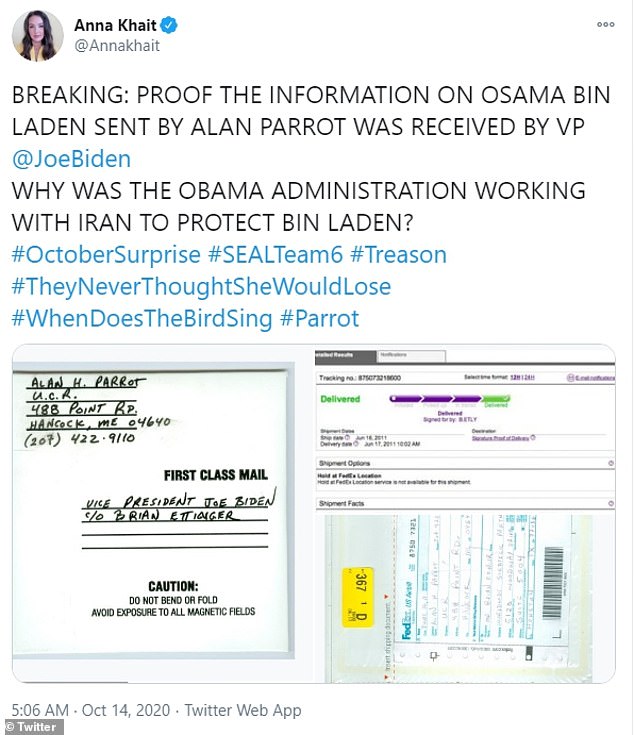 O’Neill reposted this tweet which he hit back at, stating that the entire team are still alive

He later joked about the theories again, sharing a picture of himself enjoying a drink on a lounge chair as he wrote: ‘The right: OMG, you killed a body double. Me:’

O’Neill even slapped back at an account that questioned him stating: ‘I know who I killed, homie. Every time.’

Trump retweeted the views on Tuesday from a QAnon account which has since been suspended.

‘Hiden Biden and Obama may have had Seal Team 6 killed! EXPLOSIVE: CIA Whistleblower Exposes Biden’s Alleged Role with the Deaths of Seal Team- Claims to have Documented Proof. RETWEET!!!’ the tweet read, according to Newsweek.

The next day he tweeted a video that claims without evidence that ‘three former CIA Directors involved in keeping bin Laden alive in Iran, moved him from Iran to Pakistan for Obama’s trophy kill’. 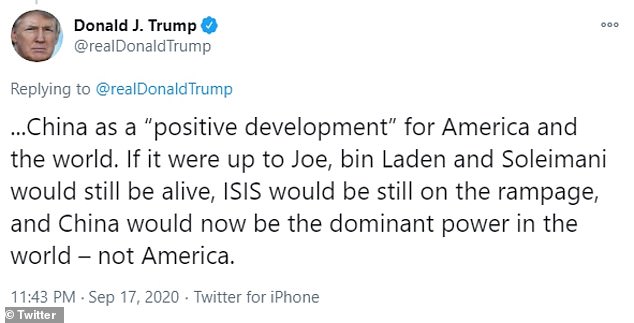 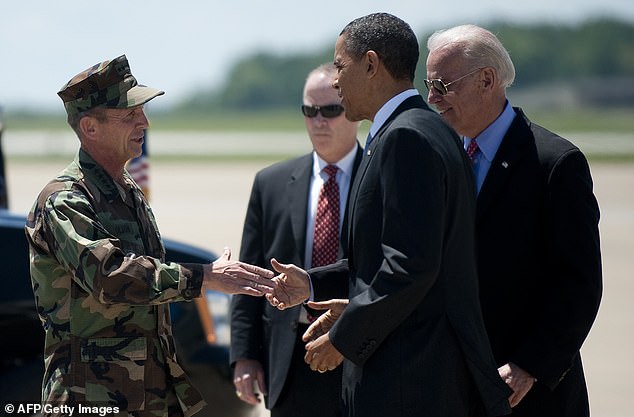 Bin Laden was killed in a 2011 raid by SEAL Team Six on his compound in Abbottabad, Pakistan as part of a mission ordered by Obama.

Trump has hit out at his rival Biden, claiming that the former VP had pushed back against the raid in talks with Obama.

‘No one has been more wrong, more often than Biden. He voted FOR the Iraq War, he supported the defense sequester that gutted our military, he opposed the mission to take out Osama bin Laden, he opposed killing Soleimani, he oversaw the rise of ISIS, and he cheered the rise of China as a ‘positive development’ for America and the world,’ he wrote in September.

‘If it were up to Joe, bin Laden and Soleimani would still be alive, ISIS would be still on the rampage, and China would now be the dominant power in the world – not America.’

Biden was reported to have been skeptical of the raid.

He was the person to shoot bin Laden three times in the head during a top-secret May 2011 raid on his hideout in Abbottabad, Pakistan.

The Intercept states he was forced from the team shortly after the raid after it was discovered that he was openly bragging about being the man to shoot Bin Laden as he frequented Virginia Beach bars.

O’Neill also took part in the 2009 rescue of the captain of a merchant ship taken hostage by Somali pirates. The mission was later the subject of a Tom Hanks movie named ‘Captain Phillips’.

He recently hit headlines again after being banned from Delta for tweetig a pictured of himself not wearing a mask on a flight despite the rules implemented due to the coronavirus pandemic.

16/10/2020 World News Comments Off on Trump challenged on conspiracies: 'People can decide for themselves'
World News