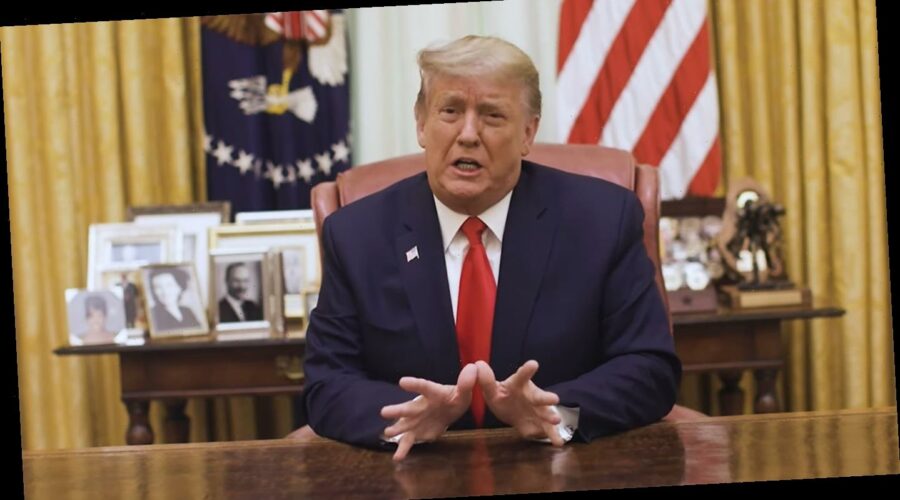 Nancy Pelosi wore the same dress for both impeachments

The new impeachment question and other commentary

WASHINGTON — In a video message released after he was impeached for the second time, President Trump delivered a rebuke of the violence which rocked the US Capitol and issued a call for unity as he prepares to leave the White House.

Sitting behind the Resolute Desk in the Oval Office, the commander in chief said he was “shocked and deeply saddened by the calamity at the Capitol last week.”

“I want to be very clear: I unequivocally condemn the violence that we saw last week. Violence and vandalism have absolutely no place in our country and no place in our movement,” Trump said after a mob of his supporters stormed Congress in a riot which killed five people.

“Making America great again has always been about defending the rule of law, supporting the men and women of law enforcement and upholding our nations’ most sacred traditions and values,” he went on.

“Mob violence goes against everything I believe in and everything our movement stands for. No true supporter of mine could ever endorse political violence,” he said.

The five-minute video was released less than an hour after the House voted to impeach Trump on the charge he incited an insurrection — making him the first US president to be impeached twice.

Trump made no mention of the historic proceedings against him, which 10 Republican lawmakers voted in favor of.

It’s expected he may release another video on Wednesday night responding to the charges.

Trump also said he had been briefed on new threats of violence as President-elect Joe Biden prepares to take the oath of office.

“There must be no violence, no law breaking and no vandalism of any kind. Everyone must follow our laws and obey the instructions of law enforcement,” Trump warned.