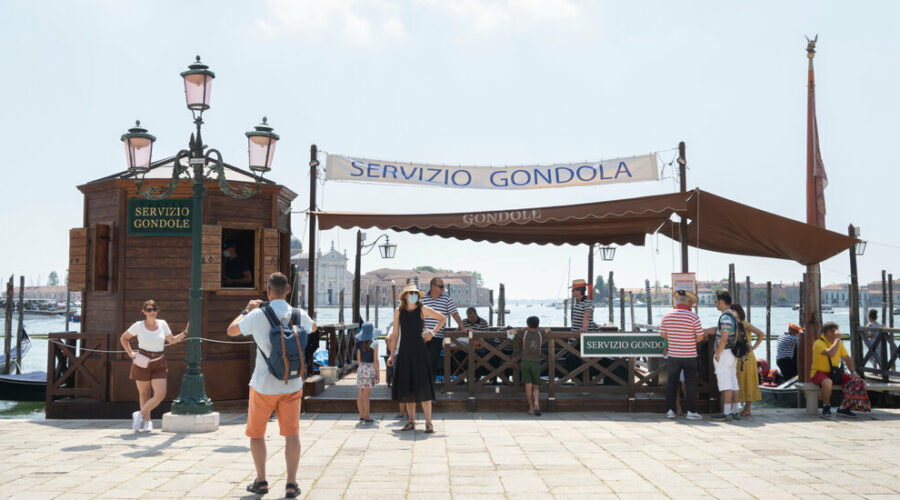 In removing the United States from a safe list of countries whose residents can travel without coronavirus testing or quarantine requirements, the European Union last week opened the door to myriad rules, restrictions and hurdles for travelers, with the bloc’s member countries implementing different measures.

The surge of coronavirus deaths and hospitalizations in the United States has led some countries — including Bulgaria, Italy, the Netherlands and Sweden — to enforce new obstacles, and the list could grow.

The E.U. suggestion to reimpose restrictions on unvaccinated U.S. travelers is not binding, however, and many European governments have yet to act on it. Some may even choose to ignore it entirely, creating confusion for travelers.

For questions about requirements in a given European Union member state, the best answers can usually be found on the website of its U.S. Embassy. Most, including France, Spain and Germany, still welcome travelers from the United States without much hassle.

It is different for a few others, and that’s where the confusion starts.

For instance, any traveler from the United States, no matter their nationality, is prohibited from entering Bulgaria “unless they meet an exception,” according to the U.S. Embassy in Sofia. Those exceptions include students with a visa, citizens from an E.U. country, and foreign officials or medical professionals.

In Italy, meanwhile, the U.S. Embassy in Rome states that vaccinated travelers must take a virus test 72 hours before arrival, and that unvaccinated ones must isolate for five days. France has no travel restrictions on American visitors, but a “health pass,” based on testing or proof of vaccination, is needed to access cultural venues, restaurants or bars, among other places.

These varying measures, which can appear dizzying to non-Europeans, reflect a reality that the pandemic has only amplified: As much as the European Union strives to present a unified front on many issues, the bloc is made of 27 member countries with diverging — sometimes competing — interests, and facing different epidemiological situations.

After the European Union closed its external borders in March last year, it urged member states to reopen to U.S. travelers and some others in June, hoping that a revival of tourism would boost E.U. economies.

Yet some countries had already moved ahead, while others waited for the recommendations from E.U. officials. A similar scenario is at play with the new travel guidelines. And the hurdles don’t only affect travelers from the United States or other non-European countries; some member states have implemented new measures for travelers coming from other E.U. countries, too.

And while the more transmissible Delta variant of the virus is becoming dominant in Europe, case numbers across most of the continent have not yet resurged to the levels seen in the United States.

Yet just as the virus’ spread varies across U.S. states, E.U. member countries are seeing divergent outbreaks. More than 83 percent of Belgium’s adult population has been fully vaccinated against the coronavirus, for instance, but only 20 percent have been inoculated in Bulgaria, which has one of the highest death rates in the world and has lately faced a surge of hospitalizations and deaths.

08/09/2021 World News Comments Off on Travel restrictions are back in Europe for U.S. visitors, at least in some places.
Markets