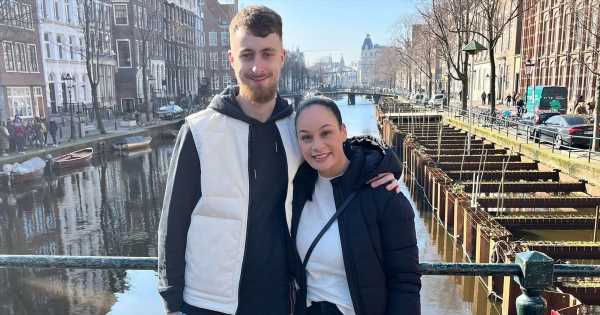 Piata Tauwhare went for an 11-minute tanning session near her home in Swansea on Saturday (May 28), but she died shortly after the session was supposed to have finished.

It is believed that she suffered a cardiac arrest.

According to the Liverpool Echo, her mother-in-law went in search of her an hour after the session having not heard from her, arriving to find her dead on the floor.

Her 23-year-old husband Ifan Jones said "She was the most generous person you could ever meet. Not one person could ever say a bad word about her and she would bend over backwards for anybody, friends, family, or strangers. It's hard.

“She helped me with everything – I suffer from anxiety and stuff like that and literally anything, she would do anything for me.

"Every single one of my friends and family got on with her straight away.

“Everyone loved her – if I was ever seen without her everyone would ask how she was. She had something similar to a cardiac arrest in the tanning salon, Lextan.

“We found her lying in a room deceased – the staff members hadn't checked on her.

“She must have had a funny turn and passed away.

“From what I've been told the longest you can be in there is 20 minutes but she was only booked in for 11 minutes.”

A Lextan spokesperson told the ECHO: "We can sadly confirm that a customer died while at our Fforestfach salon on Saturday, May 28.

“We give our condolences to the deceased’s family and friends, and we have also offered counselling to any affected staff.

“We are cooperating with the investigation into this case by South Wales Police and any further enquiries should be made to them at this time.”

A GoFundMe page has been set up to raise funds to send Piata's body to New Zealand – where she is from – so that she can have a traditional burial.

The Daily Star has contacted South Wales Police for a comment.

For the latest breaking news and stories from across the wrestling world from the Daily Star, sign up for our newsletter by clicking here.