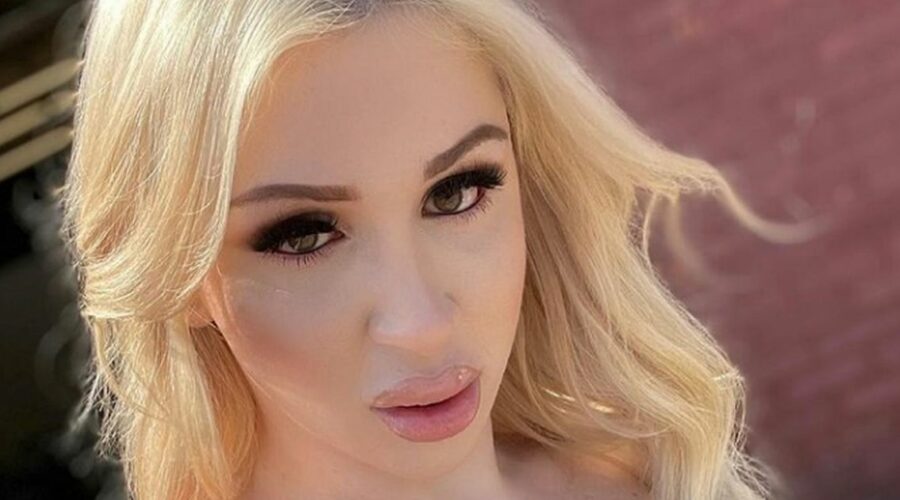 The 24-year-old, whose real name was Francesca Montalbano, was tragically found dead at her Las Vegas apartment on March 15, after being missing for days.

Her family who flew from Chicago to identify her body and collect her things, revealed that there was a small black safe in her flat which seemed to have been smashed open and emptied.

Angelina's brother Lonnie told The Sun explained that it wasn't "couple of hundred dollars," that appear to have been stolen, but all the money the young woman had made through her years of working in the adult industry.

He said: "I almost lost my faith in humanity when I walked into that apartment. The first thing we see is her safe, the top is completely prized open.

"My sister, she didn't really trust banks, so she kept a lot of her money in there. I don't think anybody had a key to her apartment, but they had changed the locks. I don't know what the circumstances are. My family is not feeling good about this."

Angelina's heartbroken mum Stephanie also took to Facebook to share the news of her safe being broken into. She wrote: "Just about to look under [the] bed when I realized what I had been walking past the last 20mins. It's her safe, standing on end w the top absolutely pried open!!"

She added that her daughter, who hadn't paid her taxes in two years, had kept most of her money in the black box.

Though her family claims money had been stolen, a public information officer from the Las Vegas Metropolitan Police Department has said they were unaware of the alleged theft.

The force also said they couldn't confirm if an investigation would be launched, and that they were waiting on the coroner's findings before revealing any more information.

Lonnie, who says he "lays awake at night just thinking about her", has claimed that there are several unanswered questions about his sister's death, adding: "It's really frustrating, and for all of this extra stuff to start coming out, it's like she died twice. We are all so heartbroken."

A cause of death has not been revealed, with initial claims being that she may have taken a bad batch of ketamine. However, her mum later revealed that the "drug paraphernalia" found at the scene were actually syringes for her hormones.

A spokesperson for the Clark County Medical Examiner confirmed her death, but has not given any more details, calling it a "pending case."

Her brother explained that her family didn't get to see her body, saying: "She was unrecognisable and I don't think the coroner wanted us to, but we gave them photographs of her tattoos and they confirmed her identity."

Her shattered family and friends have held vigils and launched a GoFundMe to cover funeral expenses.

Lonnie added: "I don't know what happened to her and I don't sleep. I and it's really hard. She was the glue that held my family together. She was so important to us. It's starting to now hit me that she's really gone."

26/03/2022 World News Comments Off on Tragic adult star Angelina Please may have been robbed after death, family says
Markets