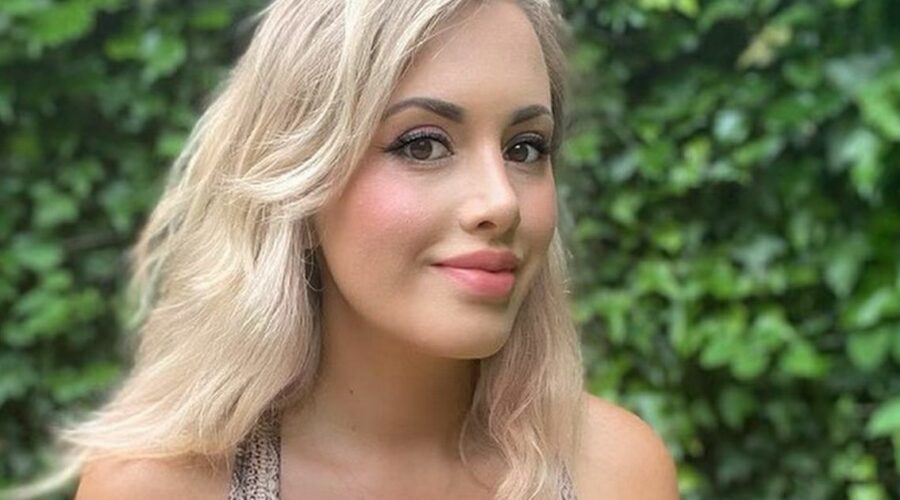 Laura Amherst has hit the headlines in recent months after being snapped topless outside Downing Street and the City of London as she protests against climate change.

The 31-year-old politics student is aiming to raise awareness about the impact of climate change and has previously vowed to go on a "boob world tour”.

The protestor has stripped off several times on Instagram to promote her cause, and has even launched her own OnlyFans page to raise money for XR, Greenpeace and animal sanctuaries.

Laura has posed for yet another topless post, this time themed around fruit, using a papaya and strawberry emojis strategically placed to get around Instagram’s nudity rules.

Captioning the saucy pic, she wrote: “Interesting fact about me: I was a fruitarian for a year, a few years ago."

When one follower asked her if fruitarianism made her feel any different, she replied: “yes, much increased mental clarity mainly, and increased energy.”

Another fan asked her why she stopped and Laura answered: “found out I was 7 months pregnant, so ate differently.

“But the first 7 months I was fruitarian as I didn’t realise I was pregnant, and my daughter was born perfectly healthy, no issues, great weight. But I ate loads in the last few weeks, lots of pasta etc, but was still vegan.”

It comes after activist revealed that she lost several followers after joining OnlyFans.

She said: "I've lost a few followers today, so I'm sure some people are upset/annoyed that I'm doing the sexy site and I apologise, I don't want to offend anyone.

"And it’s not a 'marketing/pr ploy'… it’s a way to raise money for organisations that really need it, in a way that I really enjoy.

"As I mention in my OF, getting sexy and helping to save the planet are my 2 favourite things.”