A TIKTOK user as spotted what appears to be a creepy “Blair Witch woman” just lurking on a woodland road.

The social media user known as ‘Hidden on Google Earth’ posted the short clip with the caption “this looks like something out of a horror movie”. 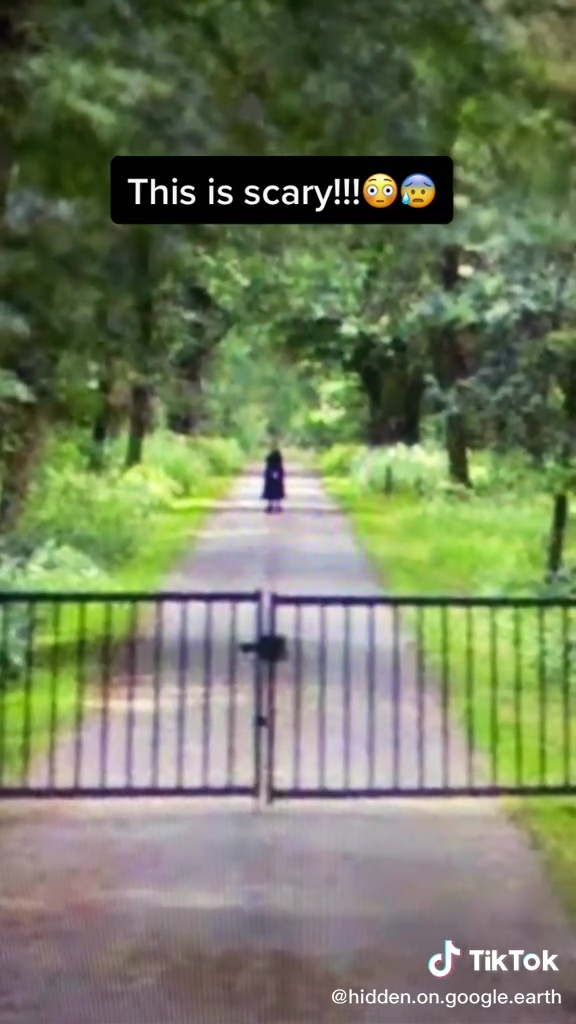 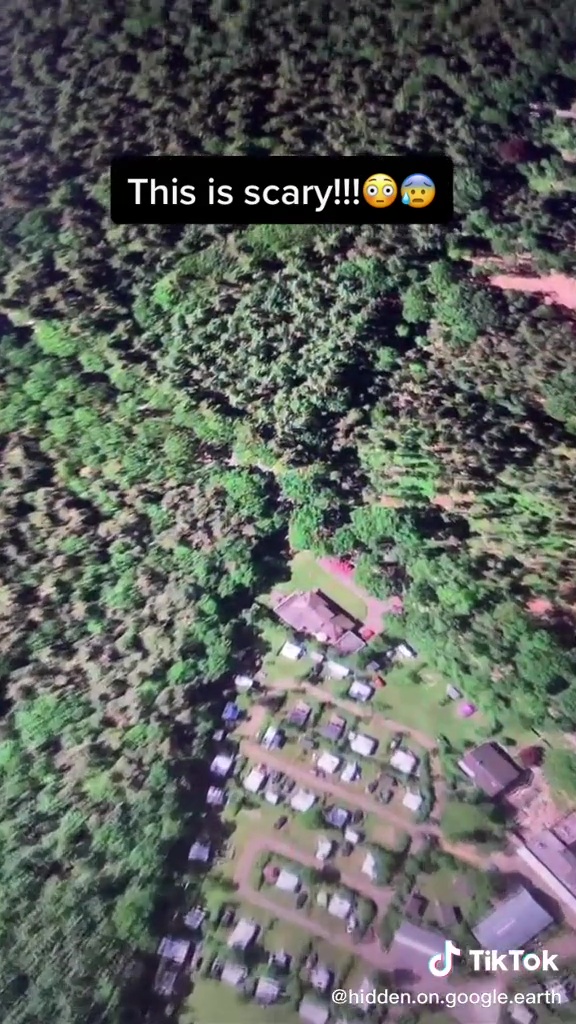 As they zoom in on a wooded area, accompanied by some suitably scary music, a gated road appears and then a human figure, dressed in what seems to be a black cape, comes into view standing absolutely still.

It as the air of an outtake from the famous 1999 horror movie The Blair Witch Project, where three students disappear after venturing into a Maryland wood.

There’s no indication from the TikTok footage where the clip was made. 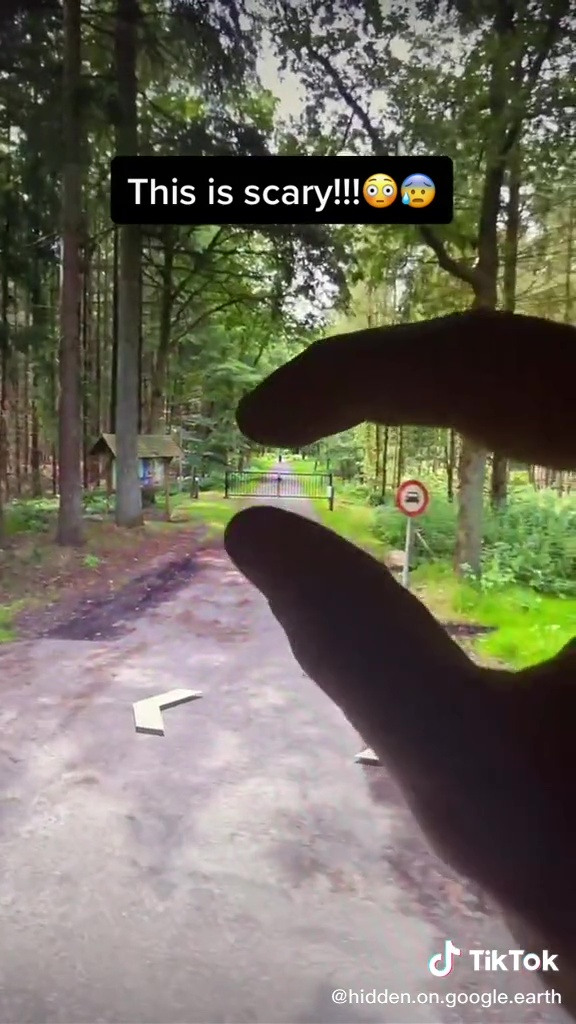 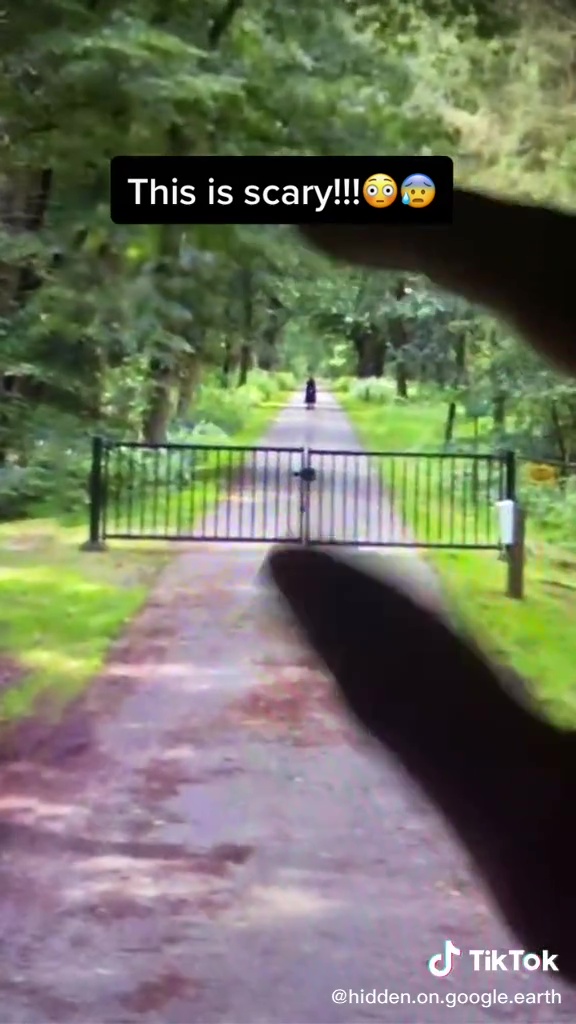 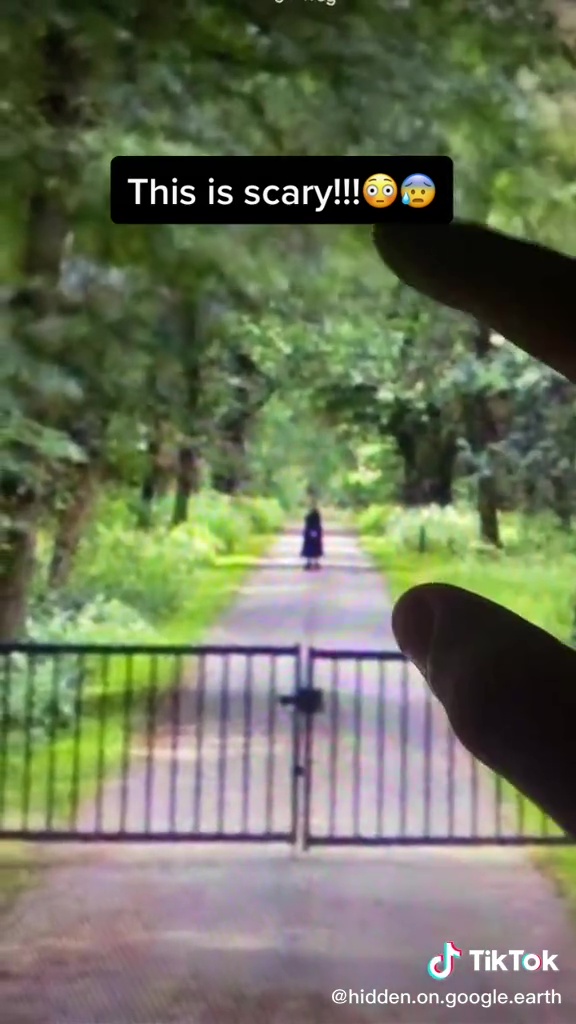 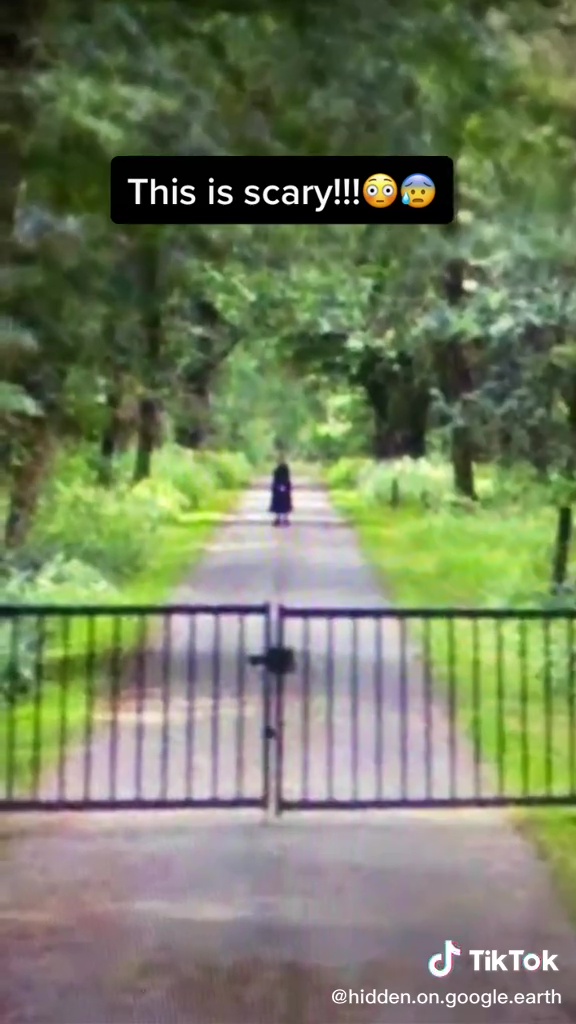 A third asked: “What the hell was that a real damn girl or ghost?”

Others weren’t so scared though.

One wrote: “It’s just someone with a long coat on.”

While another sarcastically added: “Someone on a path in a park… run, hide.

A third added: “Ok, so what’s so scary about that?”

The account ‘Hidden on Google Earth’ which has 2.6million followers, trawls Google Earth to discover spooky, funny or just down right bizarre sights around the world.

In another clip some poor guy was filmed falling over while in another a black cat is caught on camera seemingly about to do some kung fu, standing on its hind legs with its front paws stretched out.

One of the account’s most watched clips which has been viewed 6.6million times, though is of a guy buying a McDonald’s from a drive thru in Poland.