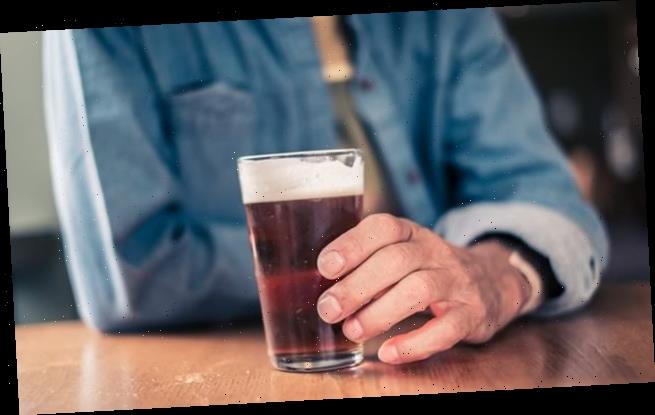 Electronic ankle tags that can monitor whether offenders have drunk alcohol are to be rolled out in England after a successful pilot scheme.

The ‘sobriety tags’ will be one of the measures courts can impose on criminals convicted of booze-related offences, such as street violence.

The device takes a sample of sweat every 30 minutes and alerts the probation service if alcohol is detected.

Offenders will then face further sentences, including jail time, if they are caught breaching an abstinence order imposed by a court. 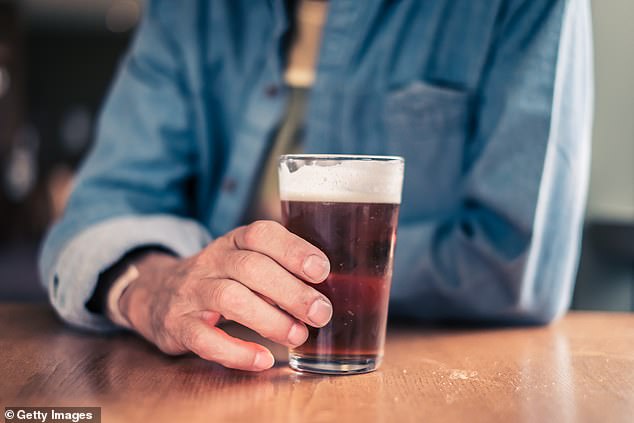 The ‘sobriety tags’ will be one of the measures courts can impose on criminals convicted of booze-related offences, such as street violence. Stock picture

More than 100 criminals have been tagged since the scheme launched in Wales last autumn, with offenders staying sober on more than 95 per cent of the days they were monitored.

The scheme will cost £44million over ten years – but ministers insist the expense is worthwhile given the huge cost of alcohol-related crime.

Up to 2,500 offenders are expected to be tagged across England and Wales in the first 12 months of the scheme, with about 400 at any one time wearing the device.

The decision on whether to impose a sobriety tag will be at the discretion of the sentencing judge or magistrate.

Kit Malthouse, minister for crime and policing, said: ‘These tags have already brought enormous benefit to Wales since they were introduced in October, with one offender I met saying it not only changed his ways but also saved his life.

‘This smart and powerful new tool is helping the fight against alcohol-fuelled violence which ruins too many lives and families and creates mayhem in our town centres.’

Alcohol is a factor in nearly four out of ten violent crimes, according to the Crime Survey for England and Wales.

While Public Health England estimates that the total social and economic cost of alcohol-related harm is more than £21billion a year.

The sobriety tag operates 24 hours a day and can distinguish between drinks and other types of alcohol such as hand sanitiser or perfume. 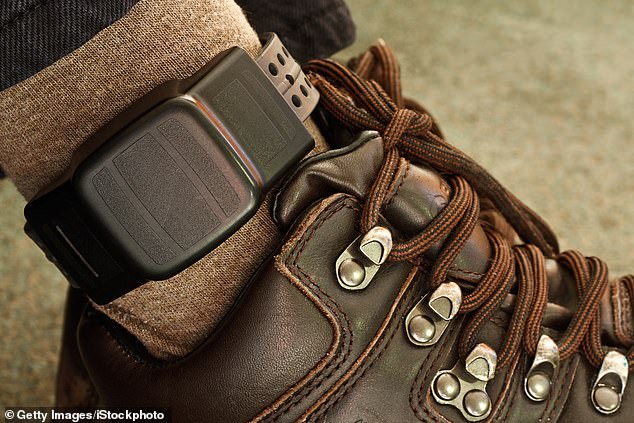 The device takes a sample of sweat every 30 minutes and alerts the probation service if alcohol is detected. Stock picture

They can also tell if someone tries to block contact between the tag and their skin. The devices, however, are not a form of treatment for alcoholism and anyone who is dependent on booze will not be ordered to wear one.

Probation officer Laura Harrison said: ‘Sobriety tags have had an enormously positive effect on the people I’ve supervised in Wales, improving their mental health, keeping them off drink and out of trouble with the police.’

Ben, a 32-year-old former private in the British Army was ordered to wear a tag for 90 days after being convicted of common assault.

He said: ‘I used to drink like a fish. I’ve been in jail twice. The tag was annoying at first but it helped me to realise that I didn’t need to depend on alcohol. It’s really changed my life.’