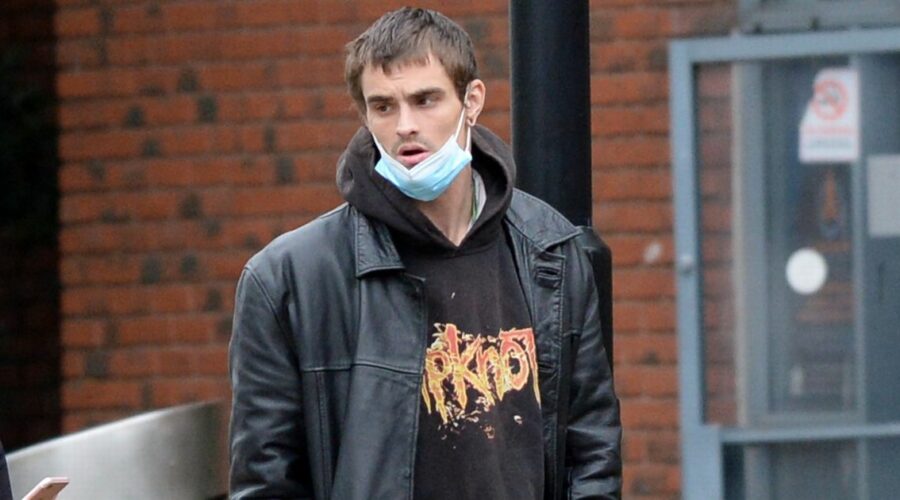 A thug who beat his housemate with a guitar and bit a woman before bursting into tears has narrowly avoided jail.

Robert Lowe, 32, launched the drugged-up attack after flying off the handle when he got locked out of his supported accommodation, Stoke-on-Trent Live reports.

Stoke Crown Court heard Lowe came home and shouted through the letterbox when he couldn't open the front door.

When his housemate let him in, they got into a row and the housemate told Lowe to "f*** off."

Prosecutor John Brotherton told the court: "[Lowe] threatened to slit the complainant's throat and said he was going upstairs for an iron bar.

"He returned and the complainant was in the kitchen. He swung an electric guitar catching him by the left eye socket."

The pair then wrestled to the floor when they were overheard by a director at the accommodation, who rushed in to help.

When she pulled the housemates off each other, Lowe lunged towards his housemate and bit him on the head – but he also bit the director in the struggle.

Brotherton told the court that when Lowe realised what he had done, he started to weep.

Jason Holt, defending, said the fight had been brewing between the housemates for a while.

Judge Paul Glenn said Lowe was "quite a vulnerable individual" who has moved out and made progress since the attack.

He said: "You and your victim lived in the same supported accommodation. It seems you had not got on for a time. You got involved in an argument which seems to have stemmed from you having problems getting into the house.

"You made various threats towards him. You threatened to go and get an iron bar. He went to make a drink. You came back downstairs with a guitar and struck him to the side of his face causing some bruising in the vicinity of his left eye.

"In the ensuing scuffle you bit him. He had already rang the director and made a complaint to her.

"Even at that stage you were highly agitated. You were shouting and swearing and making serious threats. You had completely lost it.

"She saw you attack the man on two further occasions biting him to the head and biting her. But I am satisfied that was an accident and you immediately apologised.

"You were plainly under the influence of drugs and alcohol when the police arrested you."

The Judge ordered Lowe to complete a 25-day rehabilitation activity requirement and have a 10pm-5am curfew for 28 days with an electronic tag.