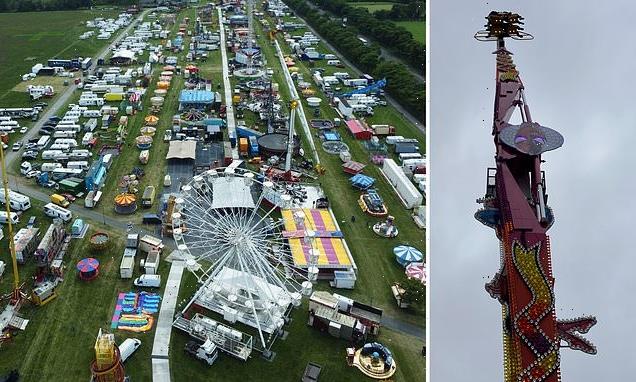 Hopping mad! Thrillseekers are left dangling 131ft in the air for 15 minutes after funfair ride breaks down

Thrillseekers at Europe’s largest funfair were left hanging 131ft up in the air for over 15 minutes after the ride they were on broke down.

Newcastle welcomed The Hoppings week-long funfair to the Town Moor on Friday for the first time in three years, but did not come without its day-one hiccups.

The incident on the two-car, four-seater ride which rotates at a high speed happened within just three hours of opening doors to the public.

Staff at the Newcastle funfair were said to be desperately trying to correct the problem which happened at around 4pm.

One person, who was on the ride with their friend when it stopped 131ft up, said: ‘We went up to the top but then we were stuck there for about 15 minutes. 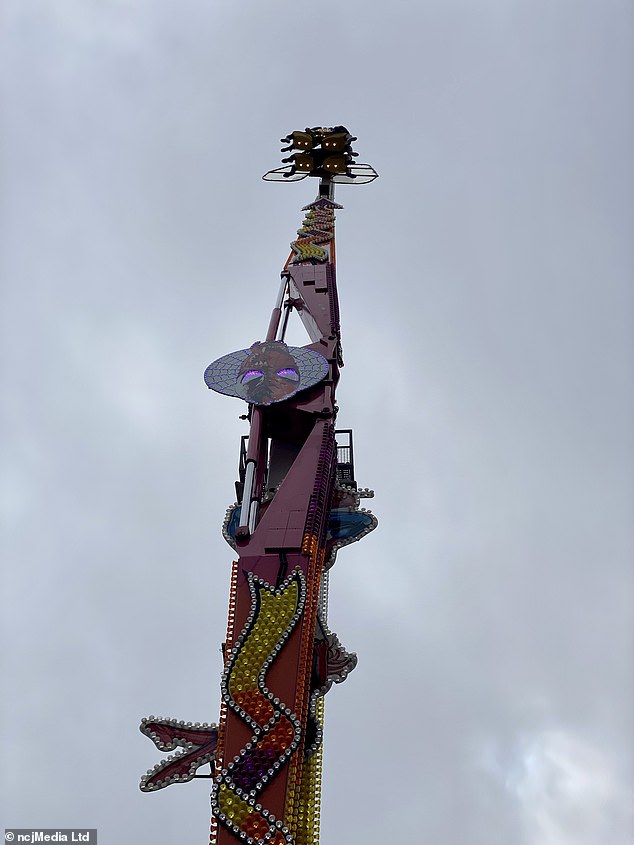 Thrillseekers at Europe’s largest funfair, The Hoppings in Town Moor, Newcastle, were left hanging 131ft up in the air for over 15 minutes after the Speed Buzz ride (pictured) broke down

‘We didn’t know what was happening but then someone said the bracket had broke.

“[My friend] was already scared to go on in the first place but I persuaded him to go on. He was white as a sheet, he was terrified,’ they told ChronicleLive.

Another rider, who was on Speed Buzz before it broke down, said: ‘I said to him before he went on the ride that the brackets were going to break, I was only joking, I didn’t expect it to actually happen.’

Those on the ride reported that they were ‘left tilted in their seats’. Once they were taken off the ride, staff did not allow anyone back on until they were sure it was safe to do so, following some test runs.

Riders and those who waited in line for Speed Buzz got a full refund of £5 after the incident. 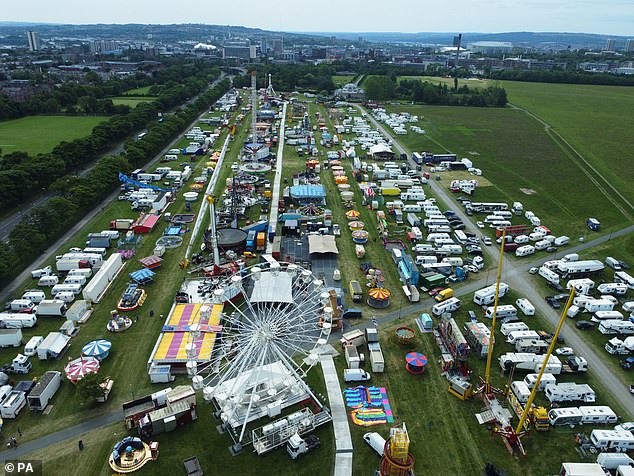 Newcastle welcomed The Hoppings week-long funfair to the Town Moor (pictured) on Friday for the first time in three years, but did not come without its day-one hiccups. The popular ride, Speed Buzz, left fair goers stranded almost 40metres up in the air after experiencing ‘technical difficulties’

Another person who was in the queue, said: ‘We were waiting in the line to get on but we were given a refund because they said it was broken. Some people have been suck up there for about 20 minutes.’

One other in line for the ride said they saw a girl crying as she sat 131ft up in the air.

The Hoppings, which is said to be Europe’s largest funfair, opened at 1pm on Friday, and has promised a huge come back after a three-year hiatus from Newcastle.

They have listed live performances, a food village, new rides and the reappearance of older favourites for their 2022 week at the Town Moor.