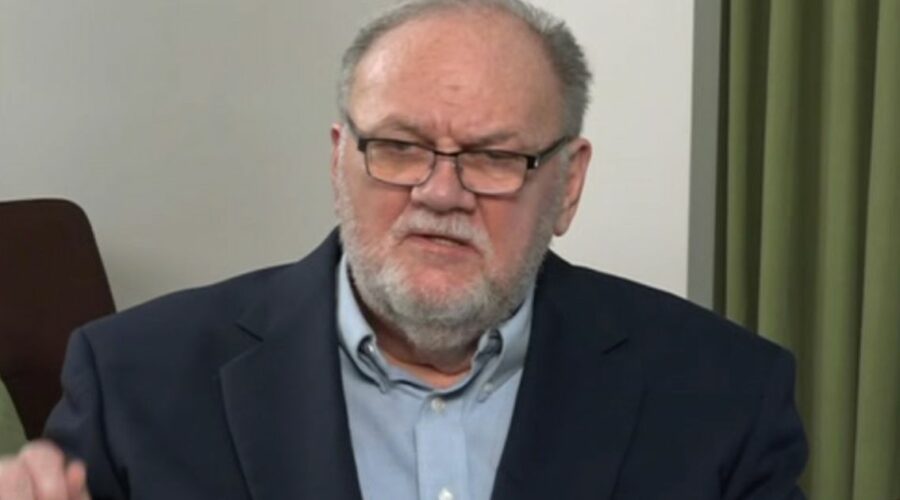 Thomas Markle discussed the possibility of meeting Meghan Markle at the Queen’s Jubilee celebrations in London on his podcast, shortly before he reportedly suffered a stroke this week.

With the Queen’s Platinum Jubilee scheduled to take place at the start of June, Thomas announced in April that he planned to fly to the UK from his home in Mexico to join the celebrations.

This posed the possibility that he might finally meet his grandchildren Archie and Lilibet, who Harry and Meghan announced would be joining them on their visit.

However, these plans appear to have been put on hold after the 77 year-old was reportedly rushed to hospital this week (May 24) after suffering a “major stroke”.

It is unclear whether Meghan has contacted her father since he was taken ill.

But, despite their allegedly strained relationship, Thomas appeared willing to reconcile with his daughter in an episode of his Remarkable Friendship podcast, released last week (May 21).

“Yes, I’m going to the Jubilee, but the bottom line is that I decided to go the Jubilee because some people invited me to come to the Jubilee, and Meghan and Harry had cancelled; they weren’t going to go,” he told his co-presenter Karl Larsen.

However, although Thomas admitted that he didn’t have any plans to meet up with Meghan, he hinted that their paths may still cross while they were all in London.

“I’m sure there will be times when there will be glances between myself, my daughter and my son-in-law. I’ll just have to play it by ear,” he continued.

After the news broke about Thomas’ illness, Meghan’s half-sister Samantha Markle made a tearful appearance on GB News, imploring the ex-royal to “stop watching and doing nothing”.

To get more royal stories from Daily Star delivered straight to your inbox sign up to one of our free newsletters here.