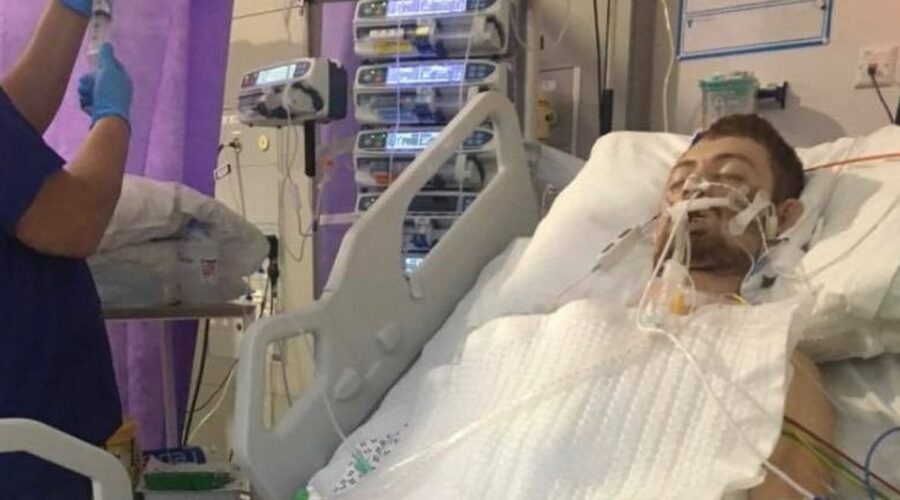 A dad was left "disgusted" after he found out hundreds of pounds worth of gadgets were stolen from his home while he was fighting for his life in hospital.

Jack Portwood, from Kirkham, Lancashire was hospitalised with life-threatening injuries after being involved in a car crash last month.

The 25-year-old spent weeks in critical condition in an intensive care unit and had to be resuscitated multiple times during his rocky hospital stay.

But the father was finally able to return home, which is when he found out his PlayStation 5 was stolen along with his controllers, games and headsets on December 11.

Ella Foster, the younger sister of Jack's partner has said this robbery has left them with questions as no other items were taken or even moved during this robbery, reports Lancs Live.

"While Jack was fighting for his life in intensive care, somebody's been in the house and has gone out of their way to root for the box and everything for it," Ella said.

"It's the only thing in the house they took – as well as the things to go with it – my four-year-old nephew is upset because they took his games too."

At the time of the accident, Jack's partner, along with their two kids, were staying over at her mum's house for help and support.

The family suspect that unfortunately, the thieves could be someone they might know.

"It's disgusting – Kirkham is a small town and everybody knows each other, somebody will know who has done it," she said.

Jack suffered serious injuries including his leg being snapped and a bleed on the brain which required urgent medical attention.

"He's on the mend now but the doctors have now said he's got to be out of work for at least a year," Ella said.

"Doctors had to bring him back to life, his heart kept on stopping and they thought he wasn't going to make it – it was just horrible and then for him to get back to that is awful."

The family still hope that someone might want to own up or just leave it on their doorstep instead and ask anyone to keep an eye out for anyone selling the console with a serial number of S01-3948292n.

A spokesperson for Lancashire police said: "We were called at 2.34pm yesterday (December 13) to reports of the theft of a PlayStation 5 at a property in Parkinson Lane, Kirkham.