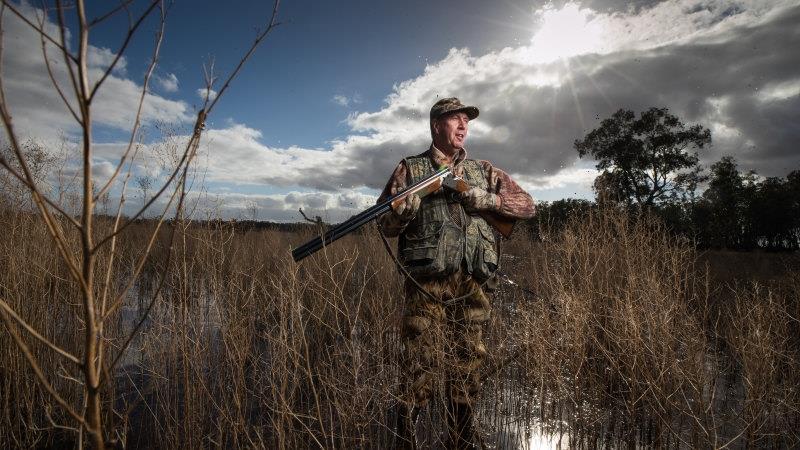 For duck hunter Peter McKenzie, Victoria’s annual game-bird shooting season is not about money. Instead, it has been his way of life for 50 years.

But as this year’s season got under way on Wednesday, the Animal Justice Party, long-time opponents, was preparing to re-charge its campaign to ban the hunt with a challenge to the economic rationale underpinning the controversial sport. 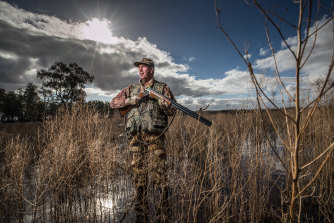 The party’s state MP, Andy Meddick, has commissioned Parliamentary Budget Office advice that estimates a ban on game-bird hunting would cost the state’s economy a little over $10 million this year, a fraction of shooting advocates’ claims of benefits from hunting worth up to $106 million a year.

Shooters say the state government’s “politically motivated” restrictions to this year’s duck season – which will run for just three weeks – are responsible for reducing its economic benefits to regional Victoria.

The budget office estimates that a ban would result in a net reduction in economic activity of $7.2 million this year in the regions and $2.9 million in Melbourne, with the loss of about 35 full-time jobs in the city and 77 in country Victoria.

Previous estimates of the economic benefits from the politically charged annual shoot ranged from $65 million to $106 million.

The state government said on Wednesday evening that the $65 million estimate, made in 2019 by private sector consultants, was the most up-to-date figure it had for the economic benefits of the shoot and that recreational hunting continued to be important to regional economies.

But Mr McKenzie, a stalwart of the Bendigo branch of hunters’ group Field and Game Australia, says the government’s decision to slash the duration of the season to three weeks this year would keep many shooters away from the wetlands, depriving country towns of much-needed tourist dollars.

Animal Justice says a ban would allow alternative economic benefits to flow to the regions by opening up rural waterways to eco-tourism operations which, the party said, stay away during shooting season.

Mr Meddick said he had long believed the benefits of duck shooting were being exaggerated.

“People from our side have long known that the figures that get bandied around about how much duck shooting is worth just aren’t correct,” the member for Western Victoria said.

“It just doesn’t add up and it has never added up, and we thought the best way to prove that was an independent analysis and there’s no one more independent than the Parliamentary Budget Office.”

But Mr Meddick said his group’s issue with the hunt remained based around animal welfare, not economics.

“Our strongest and always our first argument is that duck hunting is massively cruel and you’ll never see us walking away from that argument,” he said.

But Mr McKenzie, shooting with friends on Lake Leaghur in northern Victoria on Wednesday, said it was obvious that this year’s shortened season would be less lucrative.

“Obviously it’s going to be a hell of a lot less than it would have been if we’d had a full season,” Mr McKenzie said.

“It will have a devastating effect on these smaller little towns that need every dollar they can get and if you’ve tens of hunters going through there instead of hundreds of hunters, then it’s a dilemma for them.”

Mr McKenzie said the shortened season was motivated by politics, not conservation, and that starting the season on a weekday for the first time, was also designed to limit the amount of shooting.

The hunter, said the duck shooting community had made many compromises over the years and was still being subject to harassment by anti-shoot protesters on Wednesday morning.

“The Wednesday opening was another compromise which was aimed at trying to reduce the amount of ducks being shot and that’s worked for them,” Mr McKenzie said. 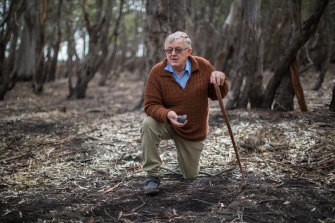 Paul Haw suspends his cultural and conservation tours in lake and swamp land near Boort during duck season. Credit:Jason South

“We’ve had to compromise all our lives … we’ve compromised on an established way of life that is legally sound and what right do these fringe people have to stand in our road?”

Local conservationist Paul Haw, who often takes two or three school groups on cultural and natural heritage tours on the wetlands around Boort, said he suspended the trips during the shooting season.

“While duck shooting is on, you can’t take school groups to wetlands, it’s too risky, it’s just unethical,” the retired farmer said.

“Duck shooters come in to camp on the lake, they bring all their own grog, their chainsaws, everything they want,” he said.

“They might come into town for a cup of coffee, a bit of petrol, another slab but that’s about it, they don’t stay in the parks or anything like that.”

A state government spokesperson said on Wednesday that hunting retained an important place in regional economies.

“Recreational hunting supports local businesses and jobs, and makes a significant contribution to our regional economy,” the spokesperson said.

“Duck hunting seasons are varied based on factors such as bird numbers and environmental conditions.

“Duck hunting in 2020 was severely curtailed by health restrictions due to the pandemic.”

29/05/2021 World News Comments Off on The money or the gun: Shooting match over bill for duck shooting ban
Markets