The pop concert that’s doubling as a giant Covid experiment: 4,000 mask-wearing volunteers filter into German arena so scientists can track how virus could spread at indoor events

A pop concert for 4,000 audience members is being staged in Germany to track how Covid-19 spreads in large indoor events.

Participants this morning lined up to take part in the RESTART-19 transmission risk assessment at Leipzig arena.

The study, organised by the University Hospital of Halle, simulates a live concert venue in three different scenarios.

Volunteers had their temperatures registered before making their way into the stadium where singer-songwriter Tim Bendzko is set to perform. 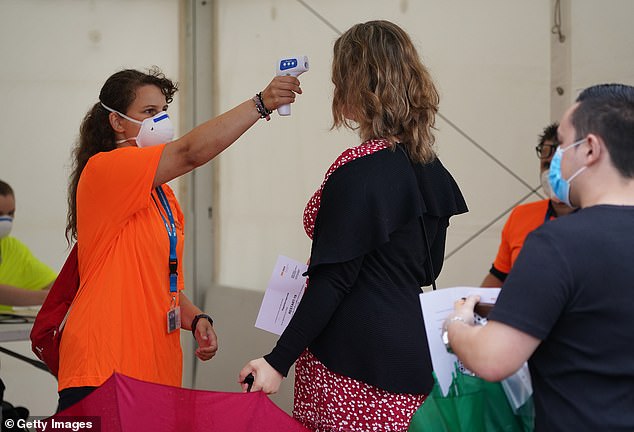 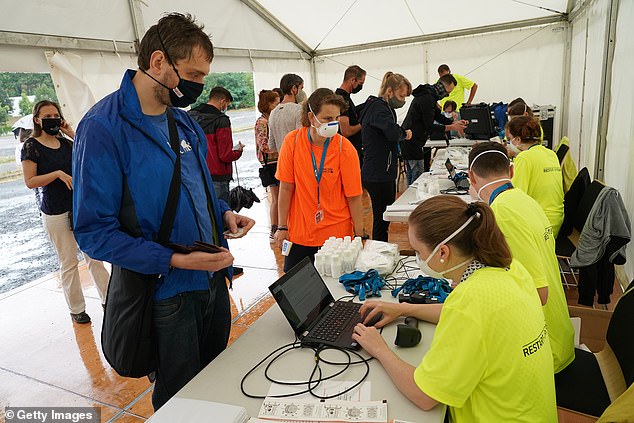 It is hoped that results of the assessment will be used as a blueprint for developing  risk reduction measures for future large events.

All volunteers were required to have tested negative for Covid-19 in the last 48 hours before the study kicked off this morning.

Concertgoers, in masks, will wear devices around their necks that sends signals at five-seconds intervals showing where they are in the stadium.

Volunteers for project are all aged between 18 and 50.

Everyone will attend three concerts and the first will be with with no social distancing as done pre-pandemic and coming through just two main doors.

The second will be people coming through eight different doors and every second seat blocked off.

The event, which will cost about $1.14 million (€990,000), is being paid for by the federal states of Saxony and Saxony-Anhalt, reported The Guardian. 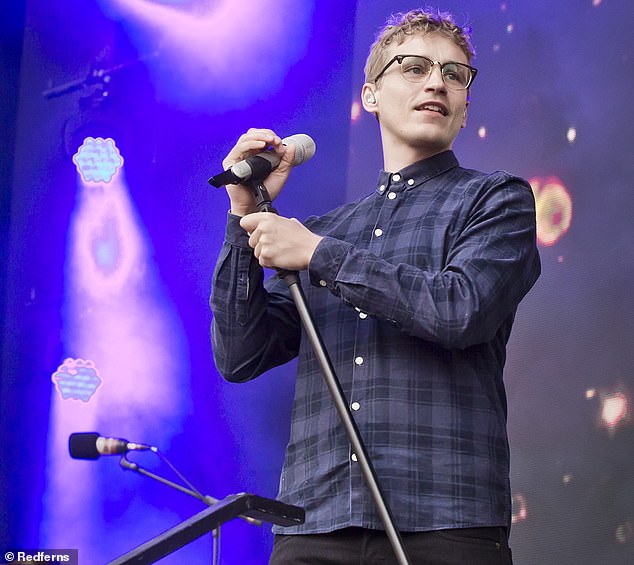 Scientists at Martin Luther University of Halle-Wittenberg are recruiting 4,000 people to attend a Tim Bendzko concert at a stadium in Leipzig, Germany, on August 22. Pictured: Bendzko performs live on stage during the Festival Stars For Free at the Kindlbuehne Wuhlheide in August 2017, Berlin, Germany 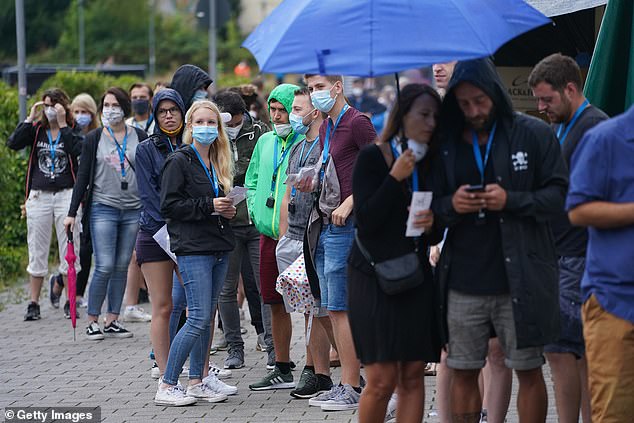 Participants wait in line to take part in the risk assessment study today. Researchers say they hope to ‘identify a framework’ for holding large events without endangering people’s lives and hope to share results in October

On Martin Luther University’s website, the team says the risk of contracting COVID-19 at the concert is ‘very low’ but not impossible.

Researchers say they hope to ‘identify a framework’ for holding large events without endangering people’s lives and hope to share results in October.

Germany has fared better than many European neighbours in suppressing the virus so far but like elsewhere, the number of cases has jumped significantly over the summer holidays.

Much of the rise has been blamed on returning holidaymakers as well as parties and family gatherings. 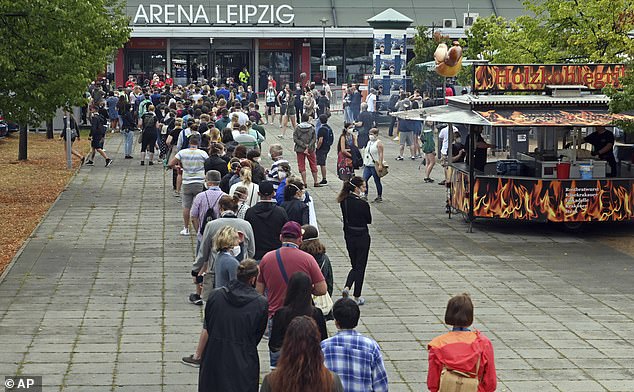 Germany has fared better than many European neighbours in suppressing the virus so far but like elsewhere, the number of cases has jumped significantly over the summer holidays. Above: volunteers queue outside the Leipzig arena 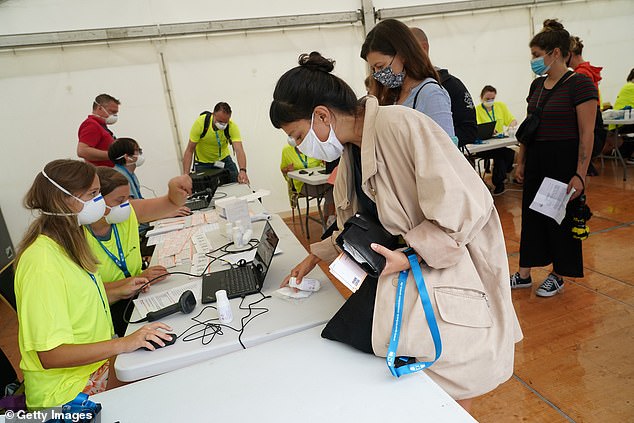 Chancellor Angela Merkel recently warned that she sees no room to slacken infection control restrictions, given a recent rise in new coronavirus cases.

Over the past 24 hours, Germany identified 2,034 infections, a level last seen in late April at the height of the pandemic.

Daily infection counts have increased sharply in recent days, with authorities suggesting large numbers of returning tourists – some coming from regions with elevated risk of transmission – may be bringing the virus with them.