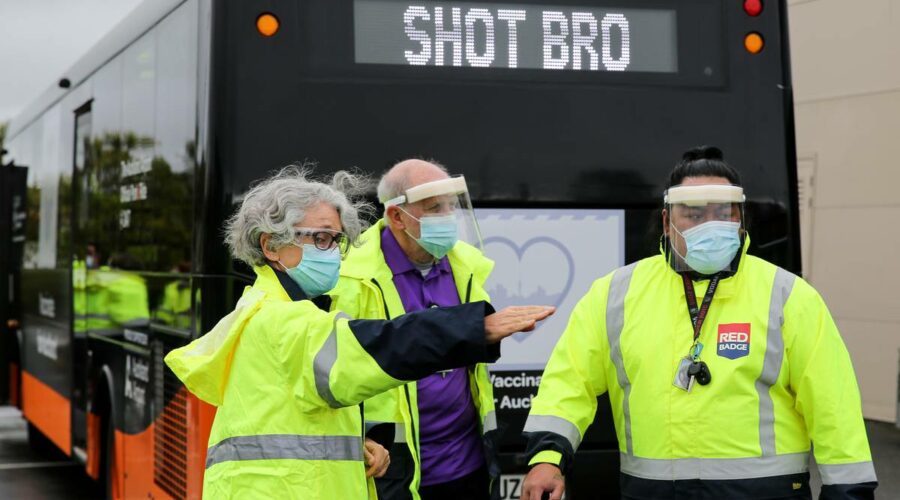 Auckland’s move to alert level 3 has also triggered speculation about whether the national Covid-19 elimination strategy has failed or is even being abandoned. While the Government denies it, others clearly believe it is at least a possibility.

The uncertainty is troubling. If elimination fails or is abandoned, it would suggest we have not learned the lessons of history, particularly when it comes to our more vulnerable populations.

In 1918, the mortality rate among Māori from the influenza pandemic was eight times that of Europeans. The avoidable introduction of influenza to Samoa from Aotearoa resulted in the deaths of about 22 per cent of the population.

Similar observations were seen in subsequent influenza outbreaks in Aotearoa in 1957 and 2009 for Māori and Pasifika people. These trends are well known and documented.

And yet, despite concerns we could see the same thing happen again, there have been repeated claims that an elimination strategy cannot succeed. Some business owners, politicians and media commentators have called for a change in approach that would see Aotearoa “learn to live with the virus”.

This is premature and likely to expose vulnerable members of our communities to the disease. Abandoning the elimination strategy while vaccine coverage rates remain low among the most vulnerable people would be reckless and irresponsible. In short, more Māori and Pasifika people would die.

Far better will be to stick to the original plan that has served the country well, lift vaccination coverage rates with more urgency, and revise the strategy when vaccination rates among Māori and Pasifika people are as high as possible — no less than 90 per cent.

After 18 months of dealing with the pandemic, it’s important to remember that Aotearoa’s response has been based on sound science and strong political leadership. The elimination strategy has proved effective at home and been admired internationally.

Of course, it has come with a price. In particular, the restrictions have had a major impact on small businesses and personal incomes, student life and learning, and wellbeing in general. Many families have needed additional food parcels and social support, and there are reports of an increasing incidence of family harm.

The latest Delta outbreak has also seen the longest level 4 lockdown in Auckland, with at least two further weeks at level 3, and there is no doubt many people are struggling to cope with the restrictions. The “long tail” of infections will test everyone further.

There is no easy way to protect the most vulnerable people from the life-threatening risk of Covid-19, and the likely impact on the public health system if it were to get out of control. The alternative, however, is worse.

We know Māori and Pasifika people are most at risk of infection from Covid-19, of being hospitalised and of dying from the disease. Various studies have confirmed this, but we also must acknowledge why — entrenched socioeconomic disadvantage, overcrowded housing and higher prevalence of underlying health conditions.

More than 50 per cent of all new cases in the current outbreak are among Pasifika people and the number of new cases among Māori is increasing. If and when the pandemic is over, the implications of these socioeconomic factors must be part of any review of the pandemic strategy.

Furthermore, the national vaccination rollout has again shown up the chronic entrenched inequities in the health system. Although the rollout is finally gaining momentum, with more and better options offered by and for Māori and Pasifika people, their comparative vaccination rates have lagged significantly.

Community leaders and health professionals have long called for Māori and Pasifika vaccination to be prioritised. But the official rhetoric has not been matched by the reality, as evidenced by our most at-risk communities still having the lowest vaccination coverage rates in the country.

Te Rōpū Whakakaupapa Urutā have also said Auckland should have remained at level 4, with the border extended to include the areas of concern in the Waikato.

As has been pointed out by those closest to those communities, however, their advice has consistently not been heeded. The resulting delays only risk increasing the need for the kinds of lockdowns and restrictions everyone must endure until vaccination rates are higher.

There is a reason we do not hear many voices in Māori and Pasifika communities asking for an end to elimination. Left unchecked, Covid-19 disproportionately affects minority communities and the most vulnerable. “Living with the virus” effectively means some people dying with it. We know who many of them would be.

This article is republished from The Conversation under a Creative Commons license. Read the original article.

21/09/2021 World News Comments Off on The Conversation: New Zealand cannot abandon elimination strategy while Māori and Pasifika vaccination rates are too low
Markets