A TEXAS mayor has been slammed for saying it's "a shame for women to speak in church" and "that only men should be allowed to lead public prayer."

Wylie, Texas, Mayor Eric Hogue was asked earlier this month if members of a local missionary group could attend an upcoming meeting and lead a prayer – but his response prompted criticism when it was shared to social media last Wednesday. 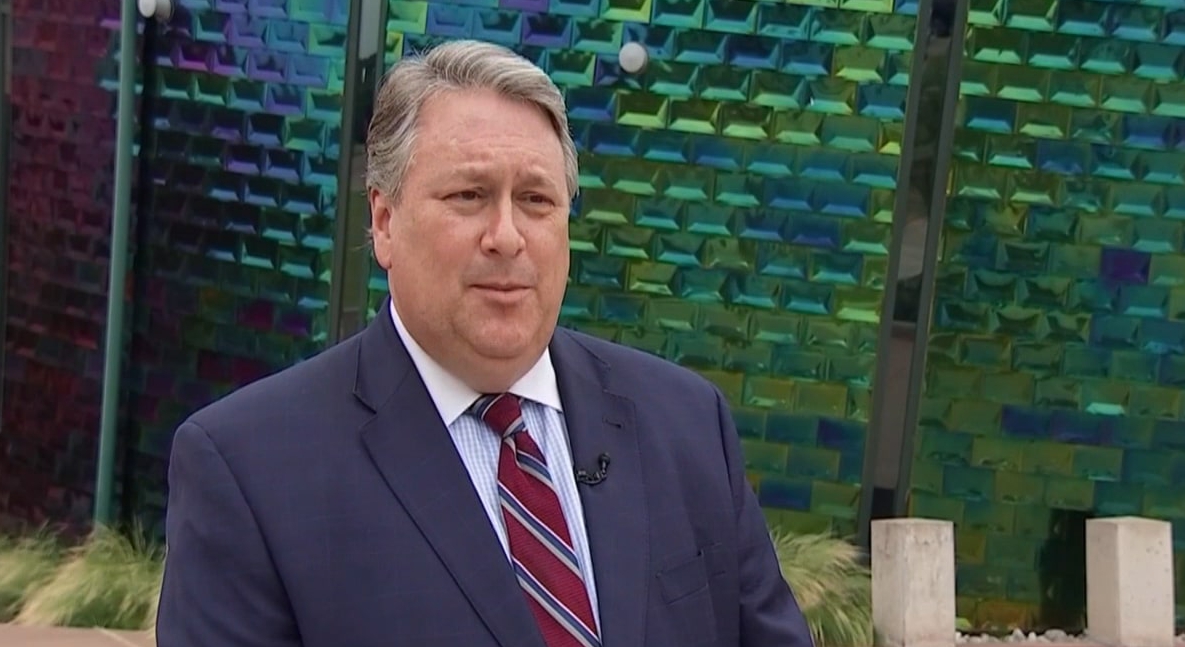 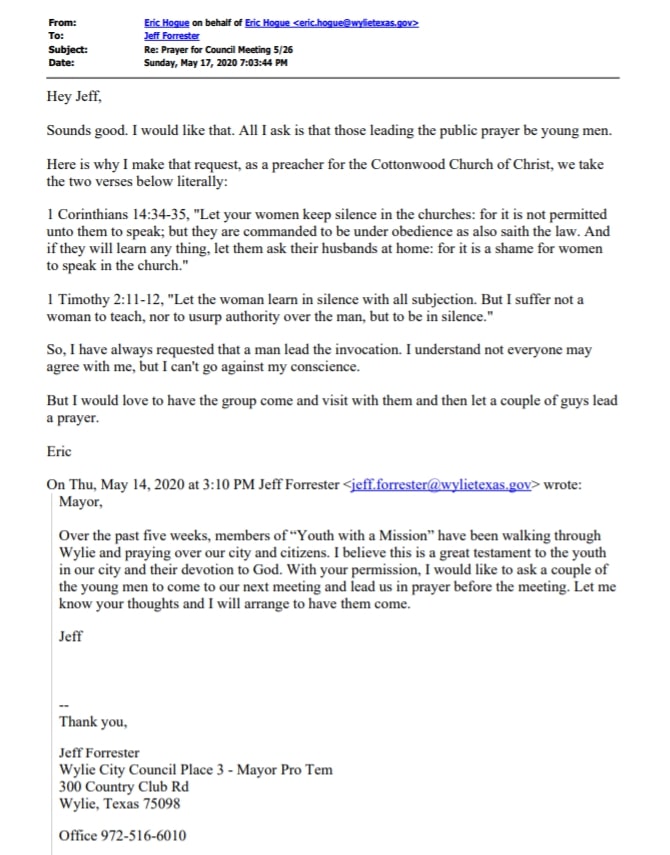 Hogue, 56, said he is a preacher for the Cottonwood Church of Christ and takes the new testament literally.

He then quoted two passages, one which read: "Let your women keep silence in the churches: for it is not permitted unto them to speak; but they are commanded to be under obedience as also saith the law.

"And if they will learn anything, let them ask their husbands at home: for it is a shame for women to speak in the church."

The second passage, read: "Let the women learn in silence with all subjection.

"But I suffer not a woman to teach, nor to usurp authority over the man, but to be in silence."

His words came as a response to Mayor Pro Tem Jeff Forrester's email on May 14 questioning if he could arrange some members of "Youth with a Mission" to lead a prayer before the upcoming council meeting on May 26.

In Hogue's reply, he confessed that “not everyone may agree with me, but I can’t go against my conscience.”

The email was shared to a conservative bloggers Facebook, Befuddled by the Clowns, and blasted Hogue's "misogynist beliefs."

"This explains why no woman has ever lead prayer at city council since he took office over a decade ago. Ever. This should outrage all women," the post read. 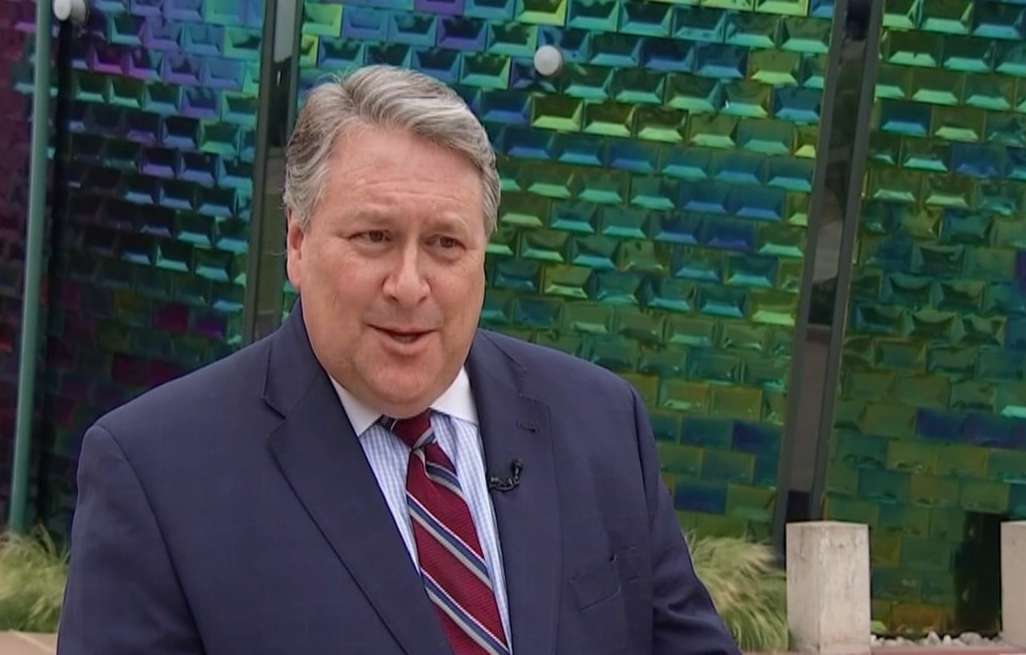 The post racked up about 150 comments, with one person writing: "Do these same people use only horse drawn vehicles for transport. How about using a tractor to plow a field? This is 2020, not 0020. They need to wake up and move into this century, or at least the 20th century."

Despite what the mayor said, Forrester reportedly didn't have the same beliefs.

Hogue later defended his feelings and confirmed the email was real to WFAA.

"But I believe, and this is me, when it comes to [picking] somebody to lead the invocation at a city council meeting, because of those two sets of verses, I’m going to choose a male.”

Why Analysts Think XRP Will Plunge At Least 40% Against Bitcoin