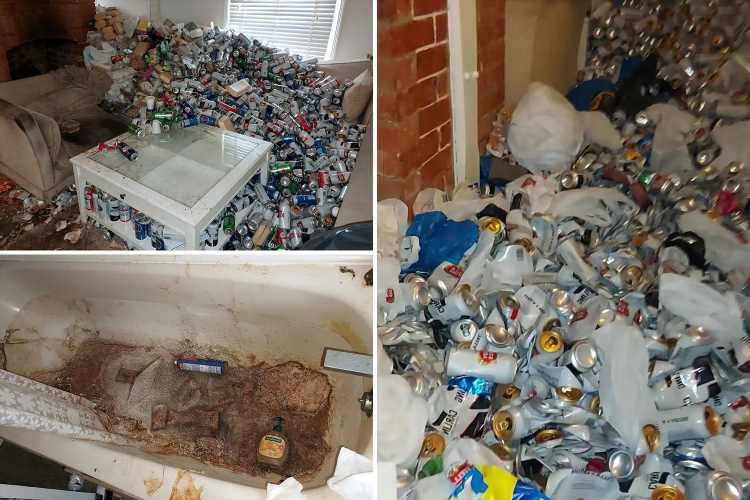 A TENANT from hell filled a home with 8,000 beer cans and full of waste – after telling the landlord that he had left "a bit of a mess".

Cleaner Freddie Gillium-Webb was given the task of clearing up the stomach-churning mess by his landlord pal once the problem tenant finally left after a year of paying no rent and trashing the flat. 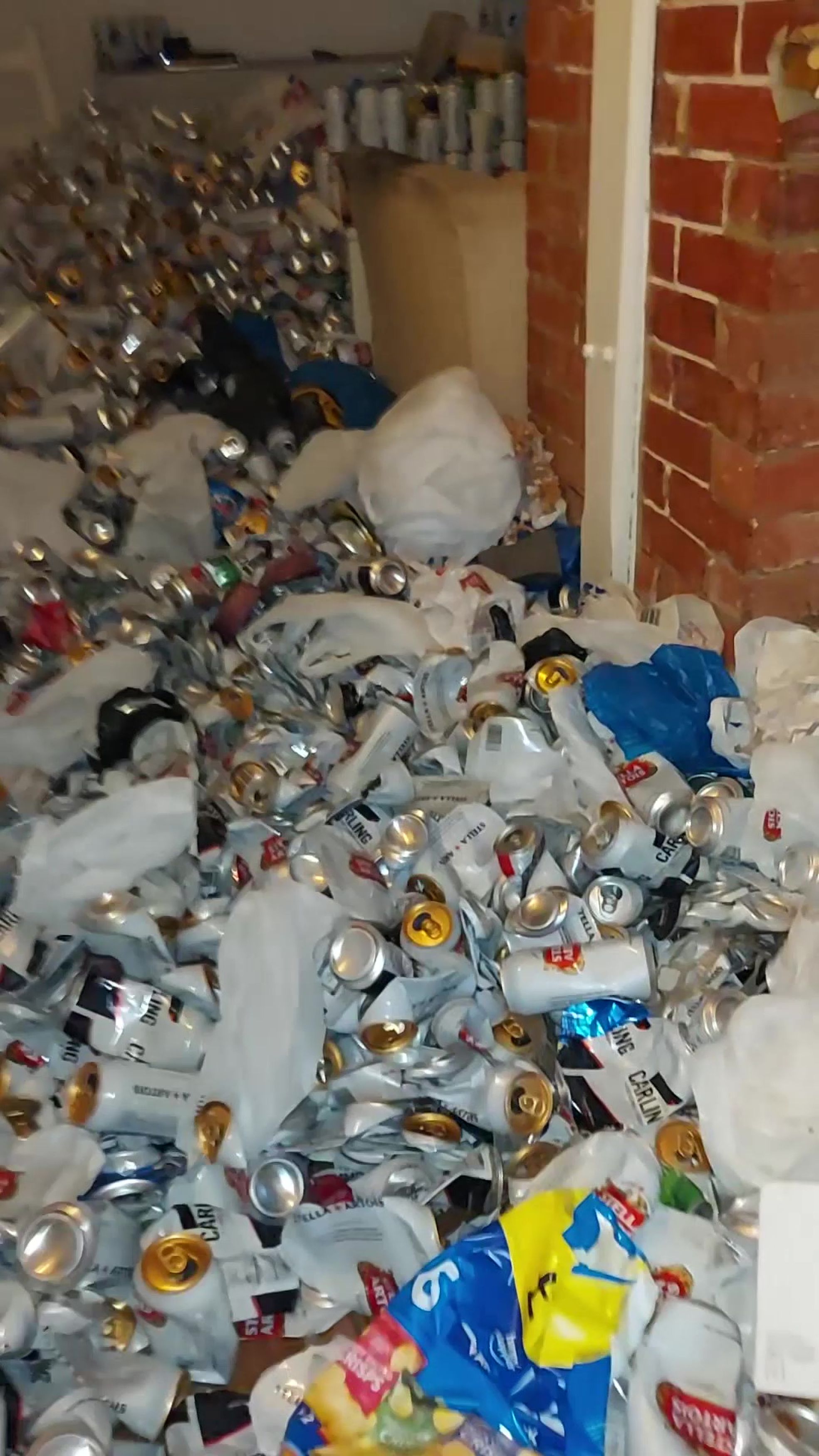 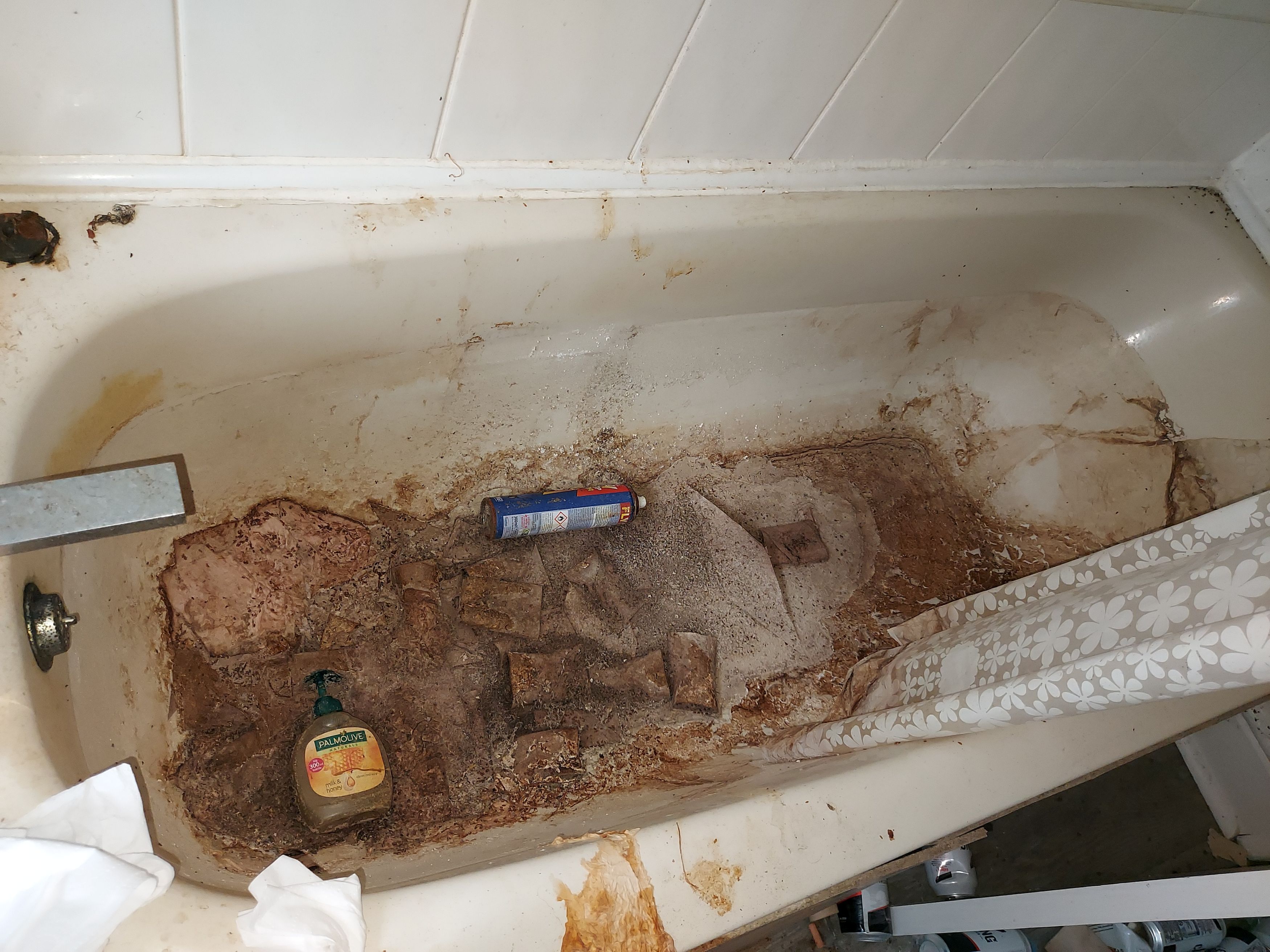 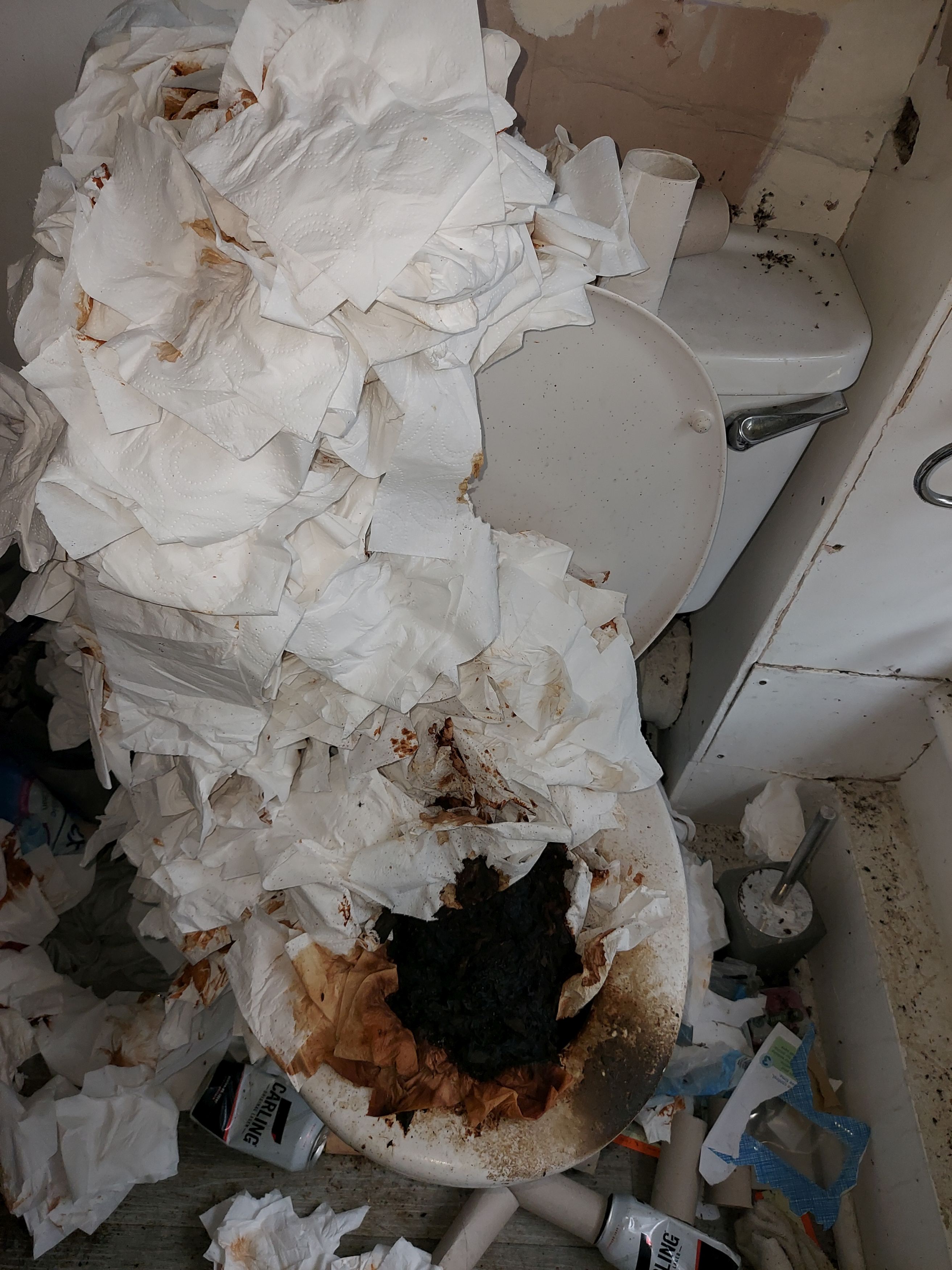 Freddie was forced to spend almost 30 hours across three days clearing out the property and was sick multiple times in the process as he waded through the appalling mess.

The living room of the two-bedroom flat in the Andover, Hampshire, was full of empty beers, with spiders beginning to swipe the cans and lift them up in their webs.

The bathroom toilet seemed as thought it had "never been flushed" and instead toilet paper and excrement had piled up four feet in the air.

It took 10 bottles of bleach to fully clean the flat and cleaners even had to use a digger to crush the mess in order to get it to fit inside a giant skip.

The tenant had taken off with only a text message to the landlord to say he "might have left a bit of a mess" – leaving the landlord £12,000 out of pocket.

Freddie said: "As soon as I walked through the door there were beer cans everywhere and the smell was terrible.

"He clearly didn't use the bin at all because the kitchen was full of food waste and in the living room there were half eaten kebabs and mouldy loaves of bread all over the floor.

"Upstairs there were bin bags full of cigarette ends and you couldn't see the floor because there were that many beer cans – I think I removed about 8,000 in total.

"The toilet was piled high with toilet paper and faeces, it was disgusting. He'd never flushed it by the looks of it.

"The clean-up was just never ending. After the first day it didn't even look like I'd made a difference."

Despite Freddie's strong stomach from working with sewage during his job, the rotten waste and overall stench of the flat was enough to make him vomit three times during the clean-up.

Freddie said: "It had to have been like that for a while because it was really bad. He was just living in it and topping up the mess.

"The landlord had a skip at one of his building sites so most of the rubbish went there and he used a digger to squash it down to fit it all in.

"I think I went through about 100 big bags and ten bottles of bleach.

"Because I work in wastewater I don't heave or throw up very easily but cleaning that mess up I must have gagged about 20 times and was sick three times."

The property owner had tried repeatedly to arrange a flat inspection after the nightmare tenant failed to pay any rent month after month, but he always made excuses to get out of it.

A problem with the toilet's flush was identified and quickly dealt with during the clean-up, which may explain the mountain of used toilet paper and faeces that was left.

But the tenant failed to ever report this, not wanting his living habits to be revealed.

Much to the landlord's relief, after moving towards the eviction process the tenant decided to leave of his own accord, allowing him to retake control of the property.

After taking off to avoid eviction, the tenant alluded to the vile state of the flat soon to be discovered in a text message to his former landlord that said 'I might have left a bit of a mess'.

Freddie said: "You'd think renting through an estate agent would be fail safe because they have guarantors so I can't see how it's been allowed to happen.

"It just shouldn't be able to happen and tenants like that should be blacklisted from renting again because otherwise it could just happen again and again to more landlords.

"The tenant might have had depression and he probably had a drinking problem based on the amount of cans – you need help sometimes but you can't live like that, there's no excuse for it to get that bad." 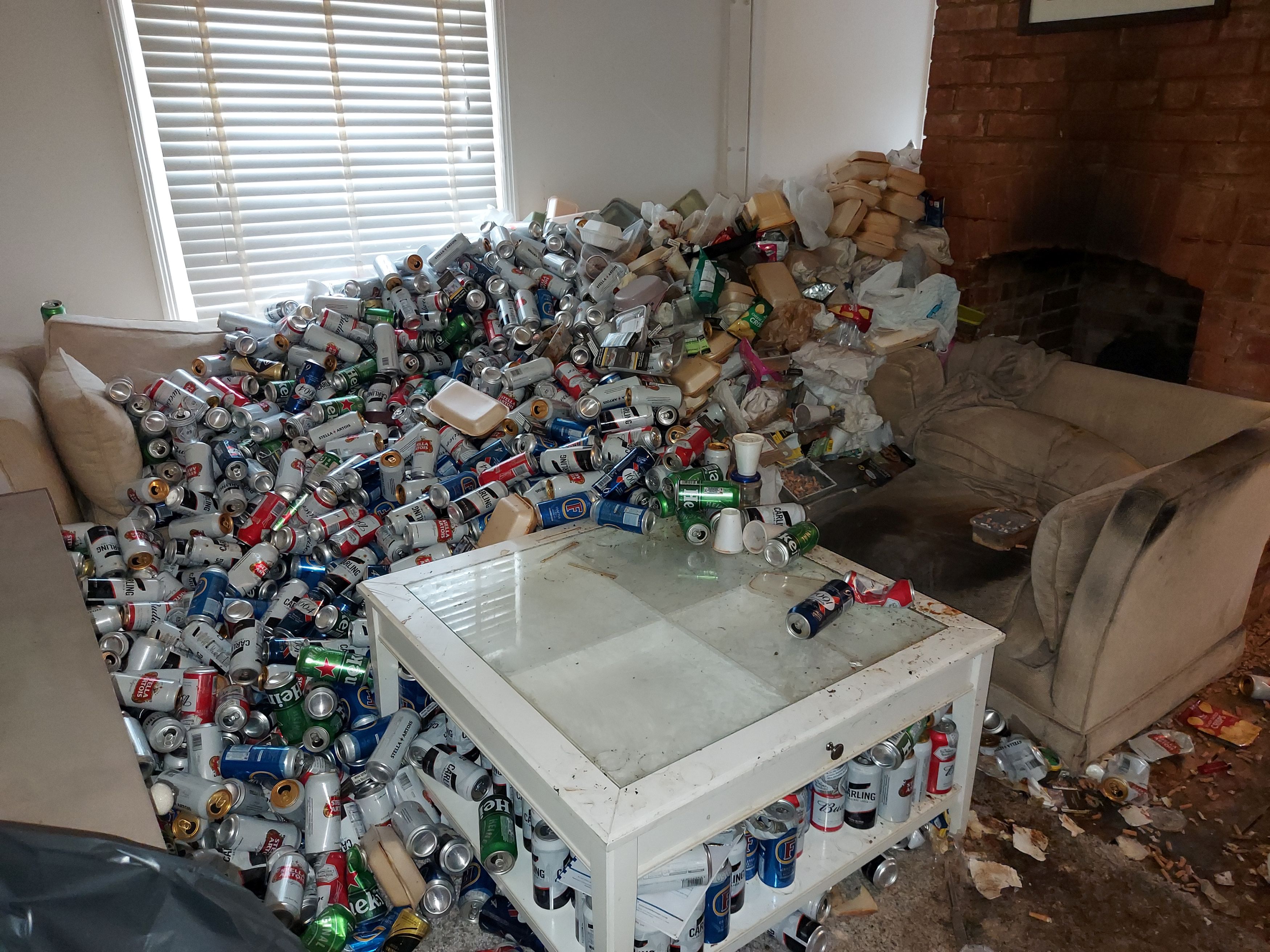 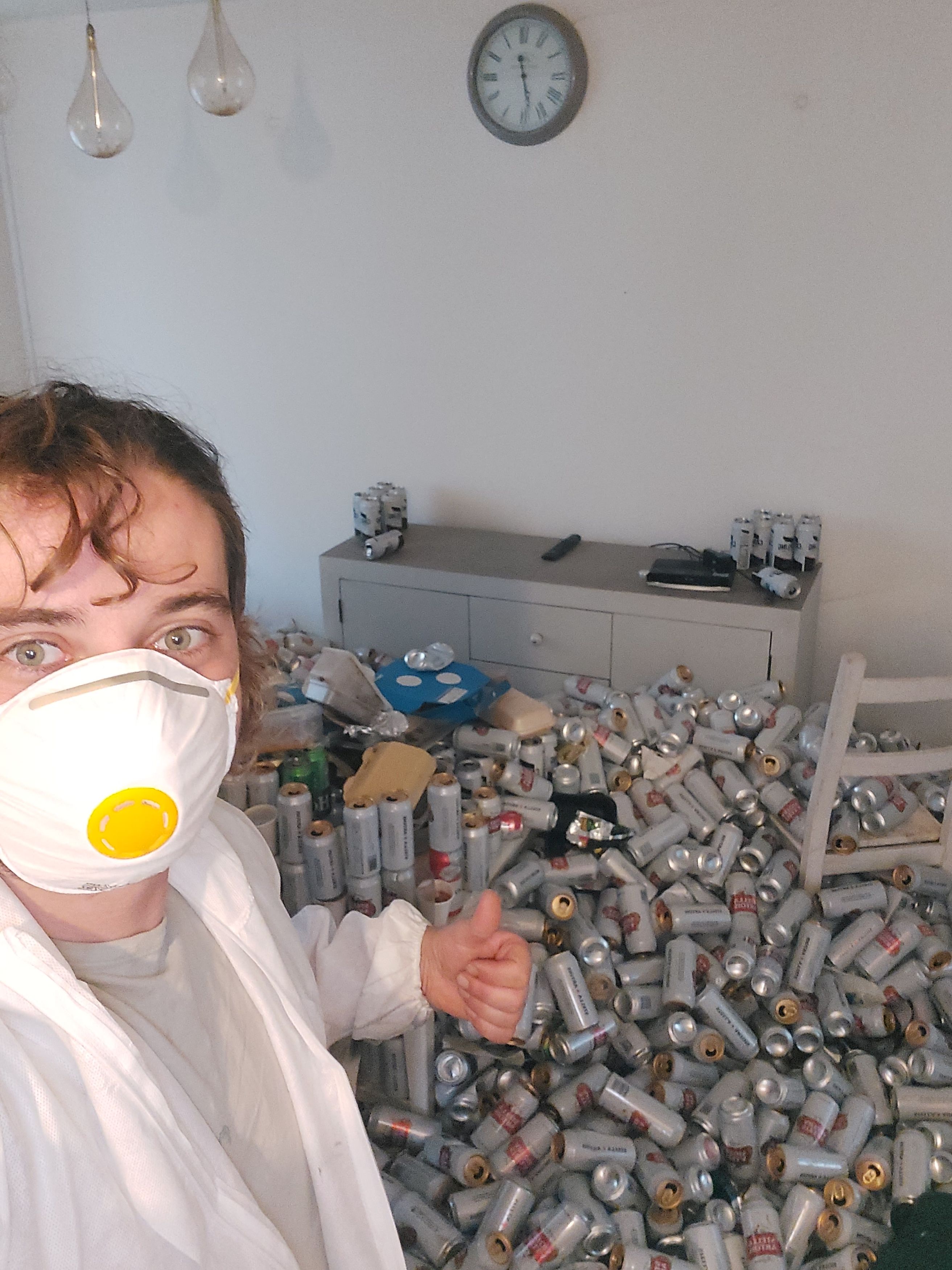 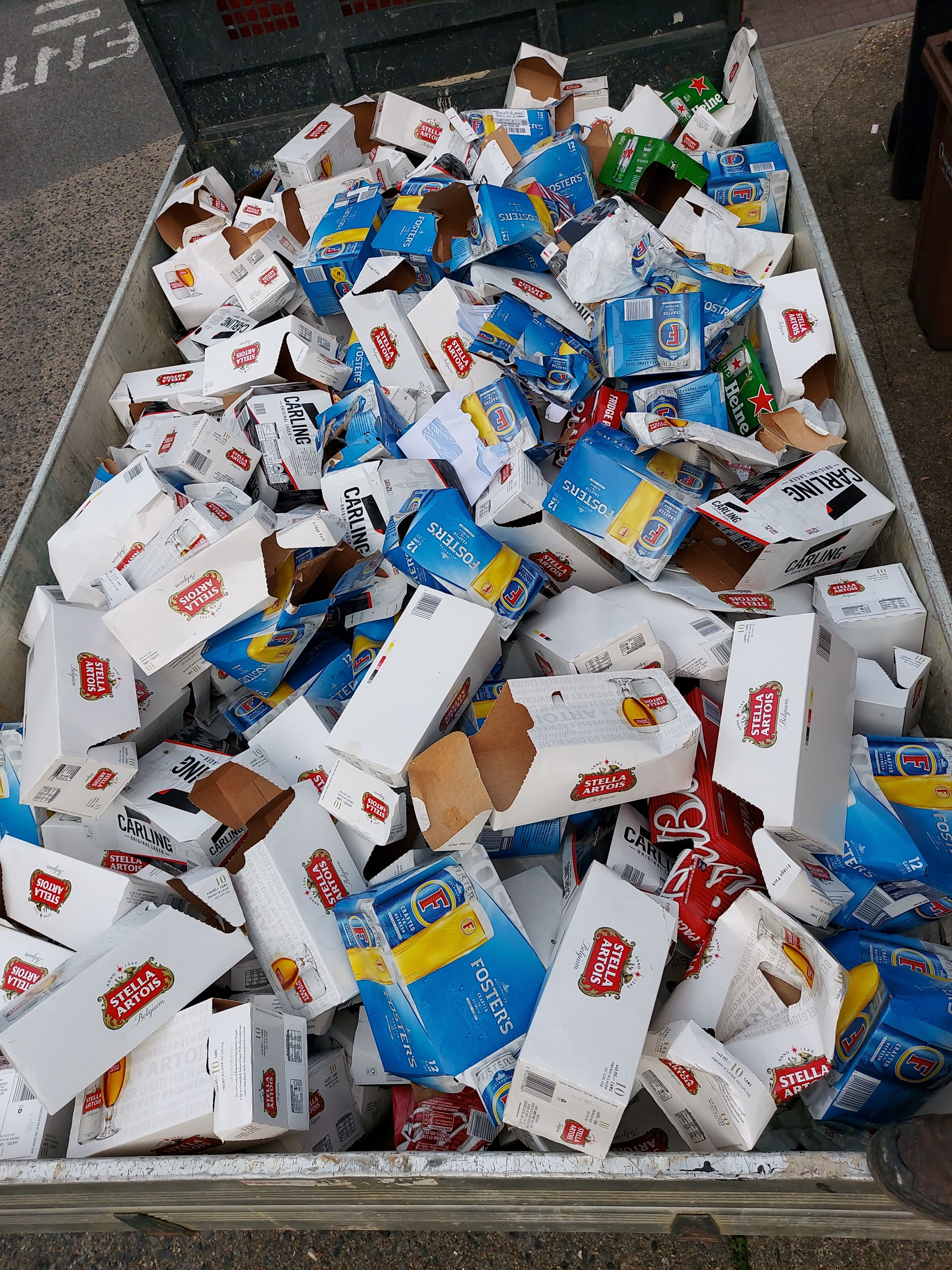 16/08/2021 World News Comments Off on Tenant from hell filled home with 8,000 beer cans and knee-deep waste after telling landlord he left 'a bit of mess'
Markets