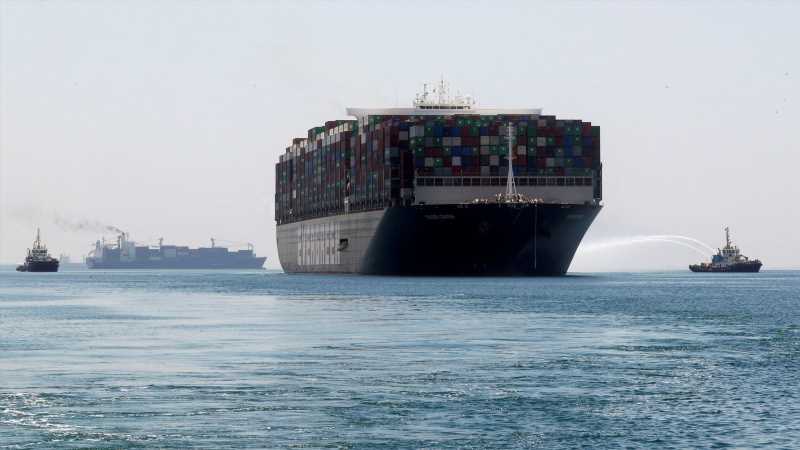 The container vessel that blocked the Suez Canal – one of the world’s busiest shipping routes – for six days has finally been released after a compensation deal was reached.

The Ever Given has been held by canal authorities since it was freed from the waterway in March, due to a financial dispute between Egypt and the ship’s owner, Japanese firm Shoei Kisen Kaisha Ltd.

A settlement deal was signed in a ceremony in the city of Ismalia on Wednesday, the day after an Egyptian court lifted the judicial seizure of the ship. 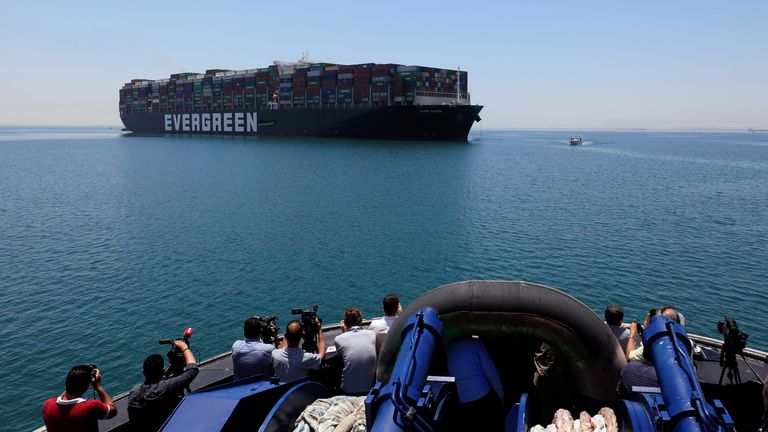 Following the ceremony, Ever Given, one of the largest shipping vessels in the world, was seen sailing to the Mediterranean, 106 days after it got stuck.

The sum reached in the agreement, according to canal authorities, would cover the salvage operation, costs of stalled canal traffic and lost transit fees for the week the ship blocked the canal.

The Suez Canal Authority did not reveal details of the settlement terms but it had previously demanded $916m (£666m) in compensation, later lowering its asking amount to $550m (around £397.7m).

In addition to the money, local reports said the canal would receive a tugboat.

Shoei Kisen Kaisha Ltd said in a statement: “We regret the impact that the voyage delay has had on those with cargo stuck onboard but we can assure all cargo interests that throughout this matter, every effort has been made to
minimise the delay and to secure the release of the vessel as quickly as possible.”

The Ever Given was on its way to the Dutch port of Rotterdam on March 23 when it hit the bank of a single-lane stretch of the canal about 3.7 miles north of the southern entrance, near the city of Suez.

A huge salvage effort by tugboats and a specialist rescue team, helped by the tides, freed the skyscraper-sized ship six days later, ending the crisis, and allowing around 400 backed-up vessels to pass through.

Since then, it has been held in the canal’s Great Bitter Lake while a deal was negotiated.

The waterway is the shortest shipping route between Europe and Asia and its shutdown raised concerns of supply shortages and rising costs for consumers.

It also placed an additional strain on the shipping industry which was already under pressure from the COVID-19 pandemic.

07/07/2021 World News Comments Off on Suez Canal: Ever Given ship finally released after compensation deal struck between Egyptian authorities and Japanese owners
Markets