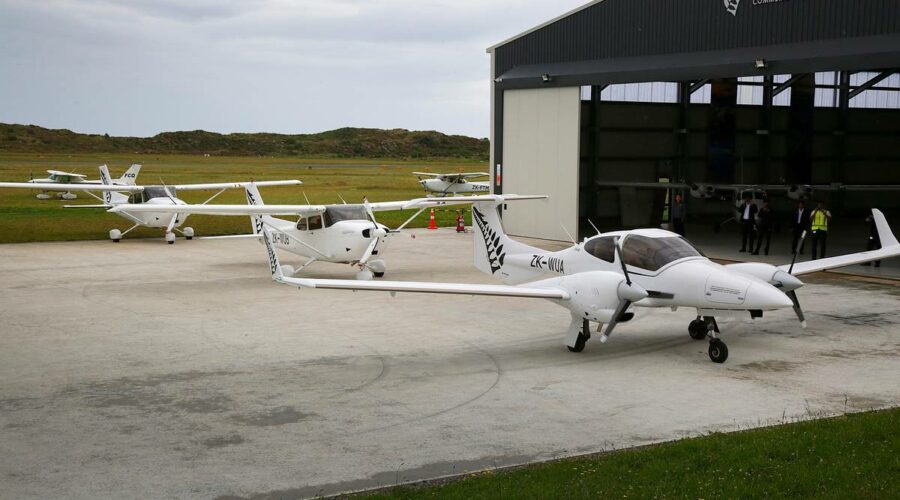 Student numbers at Whanganui’s pilot school continue to fall as it awaits a Government decision on letting already enrolled students into the country amid the Covid-19 pandemic.

The New Zealand International Commercial Pilot Academy (NZICPA) has 76 students now, its board chairman David Rae said. That’s down from 94 in October 2020 and 80 in April this year.

About 50 of the current students are due to graduate and leave the country around now, with nine definitely leaving late this month or early next month.

Meanwhile, in India 54 students are enrolled in the school and waiting to come to Whanganui for the practical side of their training.

The school has a contract with Indian airline IndiGo which was to bring 25 pilot trainees to Whanganui every three months and stay for 15 months, with a maximum of 125 here at any one time.

The academy’s roll was projected to grow to 200 under this contract. Rae is awaiting Government’s decision on admitting international students.

The academy is owned by Whanganui District Council Holdings, the council’s investment arm.

India is one of four countries from which only New Zealand citizens and their partners and family members can return to New Zealand.

A spokesperson for Immigration Minister Kris Faafoi said the minister and Cabinet regularly reviewed requests for exceptions that will admit international students to New Zealand.

They have to take into account the availability of quarantine spaces, and give priority to returning New Zealanders.

However, they did decide to admit 1000 international tertiary students this year, and 250 PhD students in October last year.

“The changing situation with Covid-19 and its variants, as we are seeing in Australia and elsewhere at the moment, means that options for further border exceptions can change,” the spokesperson said.

New Zealand’s 12 pilot schools made a joint request to Government to grant “critical worker border exceptions” to 575 pilot trainees in the year that starts this month. It would allow them to plan ahead.

He’s been told there could be an announcement in the next two weeks and is hopeful because Education Minister Chris Hipkins knows the pilot schools are not viable without international students, and they are needed to train New Zealand pilots.

The NZICPA would be in a good spot if the exceptions are granted, he said, because its IndiGo students are already enrolled and in touch with Whanganui.

He feels for the situation of the schools.

“You can’t plan on hope. You have to make business decisions on what you see sitting in front of you,” he said.