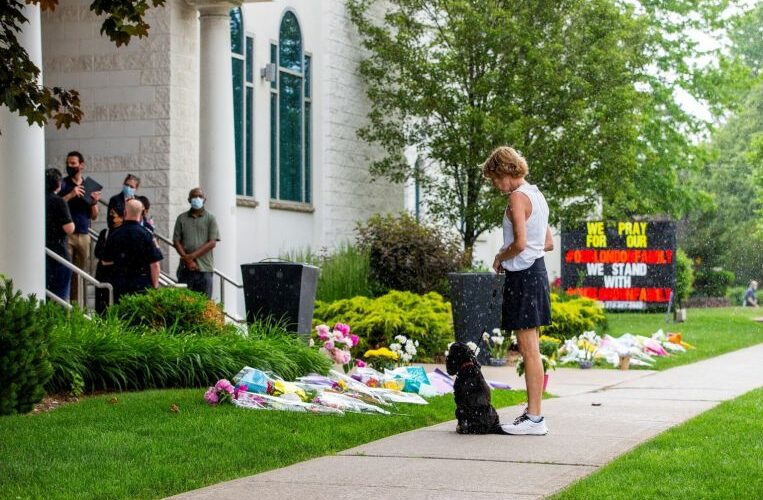 TORONTO (REUTERS) – Relatives of a Canadian Muslim family killed in London, Ontario, when a man rammed them with his pick-up truck this week are urging the wider community to oppose racism and Islamophobia after police said the suspect was motivated by hate.

The four family members killed on Sunday were: Salman Afzaal, 46; his wife, Madiha Salman, 44; their 15-year-old daughter, Yumna Afzaal; and Afzaal’s 74-year-old mother, whose name has not yet been released.

A 20-year-old suspect named Nathaniel Veltman is in police custody, charged with four counts of first-degree murder and one count of attempted murder.

In a statement issued late on Monday, relatives of the victims disputed an initial police appraisal that the accused man was not a member of any hate group and had no accomplices.

“The young man who committed this act of terror was influenced by a group that he associated with, and the rest of the community must take a strong stand against this,” the relatives said in a statement, though they did not identify the group or explain how they know about the alleged ties.

“We need to stand against hate and Islamophobia and raise awareness in our communities and across all the political spectrum,” they added.

Police, citing witnesses, said Veltman jumped the curb in his vehicle and struck five members of the family. Veltman, with no previous criminal record, is due back in court on Thursday after being remanded to custody on Monday.

The relatives of the victims said the children had both been top students and their parents excelled in their fields.

“Everyone who knew Salman and the rest of the… family know the model family they were as Muslims, Canadians and Pakistanis. They were always there giving and participating in spreading goodness,” the statement said.

‘Could have been me’

Sana Yasir, a family friend for 12 years who lived near where they were killed, launched a GoFundMe page to raise funds for charitable donations to be made on behalf of the victims.

Yasir said she and her relatives would see them frequently on their daily walks.

The family members were active members of London’s Muslim and Pakistani communities and the children attended the local Islamic school. They moved to Canada from Pakistan in 2007, according to local media reports.

Yasir noted that the women were wearing hijabs and traditional shalwar kameez – a pair of loose, pleated trousers worn with a long shirt by many women from South Asia.

“They were visible,” Yasir said. “It could have been me.”

The GoFundMe page described Afzaal, a physiotherapist, as a cricket enthusiast with a warm smile and Salman as a scholar working hard to obtain her PhD in civil engineering from the University of Western Ontario.

On Tuesday morning, Fayez Afzaal was alert in the hospital and in stable condition, Yasir said.

The local school board said Yumna Afzaal, a ninth-grade student, would be “deeply missed,” adding that flags would be flown at half-staff for the week and a trauma-response team would be available at area schools.

The attack was the worst against Canadian Muslims since a man gunned down six members of a Quebec City mosque in 2017.

“After Quebec it was: are we safe praying in our mosques? And now it’s: are we safe going out for a walk after dinner?” said Nawaz Tahrir, a spokesman for the London Muslim Mosque, where Afzaal was a familiar figure.

Tahrir added that Canadians have to “ask more of our leaders” and enact policies that address the causes of anti-Muslim hate.

“Until we do that, I fear that this isn’t going to be the last incident,” Tahrir said.