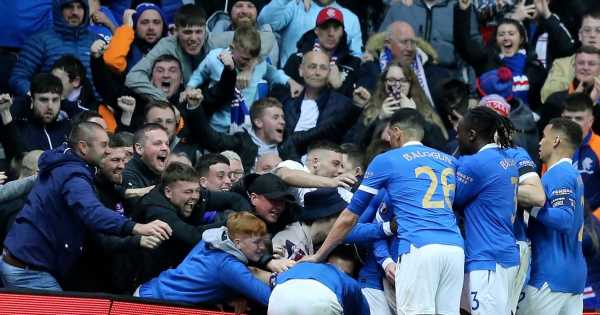 The Scottish side romped to a 3-1 victory against their German opponents in the second leg of their semi final tie, after a 1-0 loss in Leipzig.

And unlikely fan, psychic Uri Geller, best known for his spoon-bending antics on TV, took to social media and appeared to claim he manifested the win for the Glasgow side.

In the video he says: "Hey Rangers, you did it! I toly you you would win! Mind power, wow! I love you.

In an earlier pre match interview with the BBC the Israeli-British personality said he was sending Rangers "very powerful positive energy."

"Positive energy, vibrational frequencies, whatever you want to call it, this is coming from me," he added, speaking from Israel.

Previously, Geller claimed he would repay the debt he holds to Scotland after he "moved the ball with his mind" to help England seal a 2-0 victory against them in the Euro 96 tournament.

He said he would do so by manifesting a Scotland win during their Euro 2020 clash with Gareth Southgate's men in June last year.

Although his vision didn't come through, Scotland did earn a draw versus the tournament hopefuls.

In November, Geller, who in 2012 paid £30,000 for Lamb Island, a volcanic outcrop off North Berwick in the Firth of Forth, claims his mystic powers gave the Tartan Army the boost they needed to beat Serbia, too.

Scotland won 5-4 on penalties to book their spot at the delayed Euro 2020 tournament.