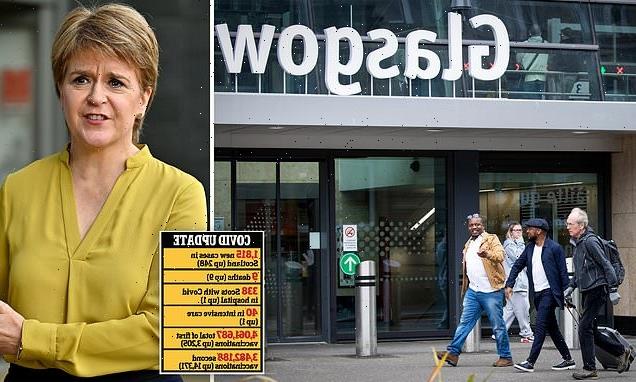 Sweeping powers to impose lockdowns, close schools and release prisoners in response to any health crisis could be made permanent under SNP proposals.

The Scottish Government wants to introduce a ‘permanent suite of powers’ to tackle coronavirus or any other infectious disease or contamination in the future that threatens public health.

But critics say the highly controversial move could be viewed as an excessive infringement on the liberty of Scots.

The Tories said it is a clear signal ministers ‘are unwilling to give up their control over people’s lives’. 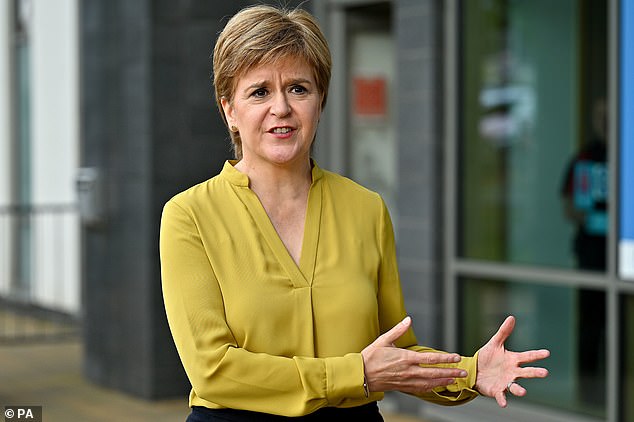 Most emergency powers introduced at the beginning of the pandemic will already continue until March 2022 and can be extended by a further six months if a majority of MSPs vote for it.

But the consultation published yesterday proposes making many of the powers available to ministers permanently. 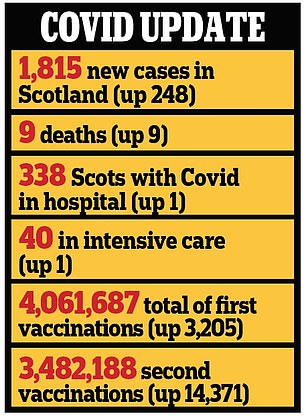 It is claimed this would ensure they ‘can respond effectively and rapidly to any future threats to public health in Scotland’.

Scottish Conservative Covid recovery spokesman Murdo Fraser said: ‘These powers were intended to be temporary measures to deal with the pandemic.

‘The fact SNP ministers are now seeking to make many of them permanent is a clear sign they are unwilling to give up their control over people’s lives.

‘With the vast majority of Covid restrictions having now been eased, Scots will be asking serious questions over why these laws would need to remain in place permanently.

‘It is a dangerous route to go down to allow ministers to implement sweeping powers upon society on a whim.’ 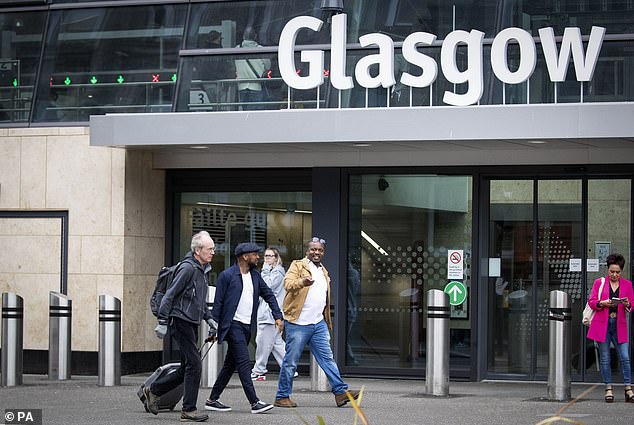 He added: ‘Yet again, the SNP are making rash decisions over Covid related laws, when the focus should be on accelerating our recovery from the pandemic.’

Sales in Scotland still not at pre-outbreak levels despite soaring

Scotland’s shops have seen sales soar compared to a year ago, but they still have not recovered to pre-pandemic levels.

Food sales were up 1.8 per cent compared to last July, while non-food sales grew by 12.1 per cent.

Ewan MacDonald-Russell, of the Scottish Retail Consortium, said: ‘The 4.4 percent fall compared to 2019 was disappointing after two months when there seemed to be a path back to growth. It seems Scottish retailers have a longer wait in store.’

The consultation paper says that ‘it seems likely Covid will not be the last infectious disease or public health threat Scotland will face’ and that the Government ‘considers that building public health resilience in the future requires action to ensure a permanent suite of powers that will allow Scottish ministers to tackle any type of infectious disease or contamination that may pose a significant health threat’.

It says the Scottish Government ‘proposes those powers that have played a particularly significant role in managing the Covid response should be available permanently’ on the statute book.

But Jo Bisset, organiser for parents group UFTScotland, said: ‘The only thing any government should be putting into law is a cast-iron guarantee that schools will never close again.’

She added: ‘The closure of schools and the associated disruption was a disaster for a generation of Scotland’s children, something that will become painfully apparent in years to come.’

Covid Recovery Secretary John Swinney said: ‘We want to ensure we remove measures no longer needed in order to respond to the pandemic whilst keeping those where there is demonstrable benefit to the people of Scotland.’

He added: ‘While the pandemic has been incredibly disruptive, its urgency has forced the public services we rely on to adapt and continue and still deliver, driving the pace of digital adoption, and in some cases more efficient ways of working.

‘As we enter the recovery phase, we now have a unique opportunity to reimagine how health and social care, learning and justice services can be designed and delivered around the lives and needs of the people who use them.’

Crisis over, thanks to the vaccine: Commentary by MURDO FRASER 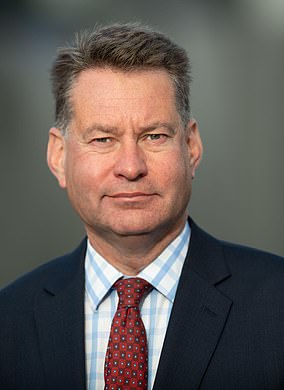 Emergency powers are to be used in times of extraordinary crisis.

That is why it’s so concerning to see the SNP Government seek to extend a raft of Covid powers, which were supposed to be temporary, for years to come.

These powers were rightly introduced to tackle the Covid pandemic when there was a need for governments to move with extreme haste to enact life-saving policies.

But the vaccine scheme has changed the situation dramatically. We have the weapon we need to beat this virus.

As circumstances change, so must the response. And the government must relinquish the vast swathes of power it accumulated at a time of panic. In Scotland, we already have an overmighty executive, which regularly acts as if it should never be challenged.

It railroads legislation through the Scottish parliament with barely any oversight. It ignores that same parliament at will.

Any government that seeks to massively expand its powers should be viewed with a wary eye. But this SNP Government cannot be trusted for a moment to do the right thing.

Too often, it infringes on family life. It imposes severe restrictions on speech. It has an overbearing, illiberal tendency to tell people what they must do and how they must act.

Their narrow-minded and divisive interpretation of right and wrong has already resulted in disastrous pieces of legislation, from Named Persons to the Hate Crime Act.

There is no escaping the sense that this SNP Government has become addicted to power.

People have fought long and hard for the freedoms that we enjoy today. We should not give them up so easily.