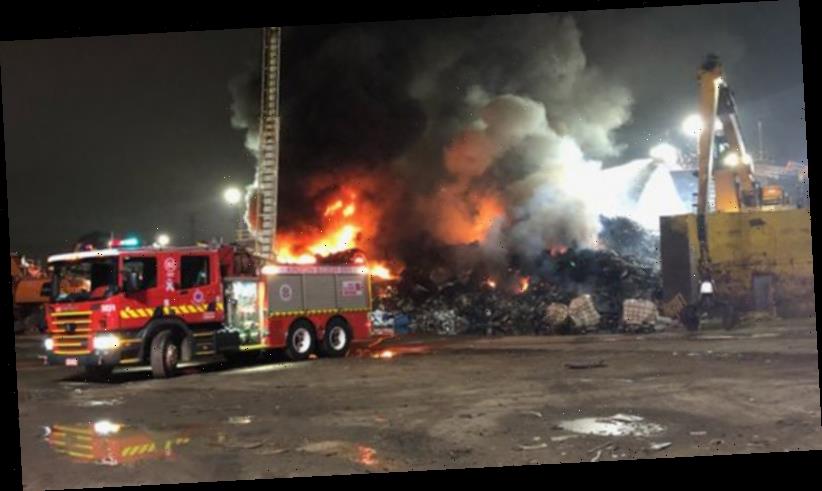 Residents in several Melbourne south-west suburbs were told to stay indoors if they were sensitive to smoke following a large industrial fire at a recycling site on Monday morning.

About 80 firefighters attended the blaze on Fitzgerald Road in Laverton North just after midnight on Monday and found a large pile of metal and debris ablaze. 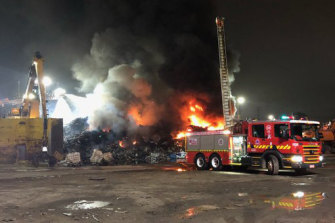 The 35-square-metre fire was threatening nearby buildings on the site and more crews were requested on the scene.

The fire was brought under control about 3.30am.

"Thankfully, no injuries were reported and the fire was contained to the pile of rubbish," a Fire Rescue Victoria spokeswoman said.

The Environment Protection Authority attended the premises in the early hours of Monday to monitor the air quality in the Laverton area. 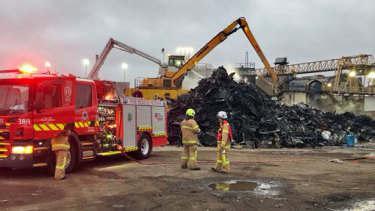 The blaze broke out at the recycling plant in the early hours of Monday morning. Credit:Fire Rescue Victoria

The EPA said on Monday afternoon that the fire was at a recycling site owned by Infrabuild, formerly called Liberty OneSteel.

"Air and water testing shows no risks to the community. EPA will investigate if there was a breach of regulations," the agency said.

The cause of the blaze is still being looked into and investigators from Fire Rescue Victoria are expected to attended the premises.

On Monday an advice warning remained in place, with residents told that the smell of smoke may still be noticeable in nearby communities north of the fire.

They were advised to avoid the area and stay indoors if they were sensitive to smoke.