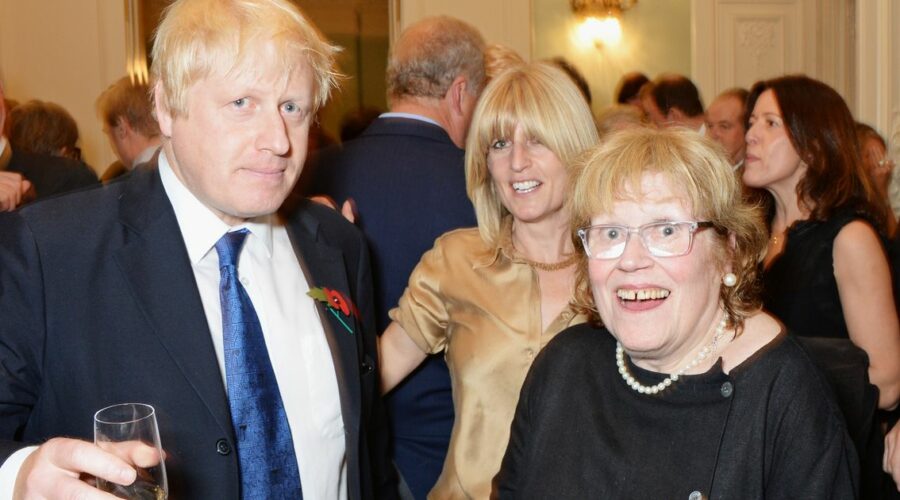 Trolls targeted the prime minister's late mum after she died 'suddenly and peacefully' in a London hospital.

The Wikipedia page of artist Charlotte Johnson Wahl was edited to read: "Charlotte Maria Offlow Johnson Wahl (née Fawcett; born May 1942, is in the mud la."

The prime minister's mum was 79 and taken for care after a short illness, The Telegraph reported.

A book last year about the PM by journalist Tom Bower alleged Stanley beat Charlotte and even broke her nose.

In the book, Charlotte Johnson Wahl said she wanted “the truth to be told” and added her marriage to Stanley was violent and unhappy.

The professional painter even spent eight months isolating in a mental health specialist hospital after suffering a nervous breakdown during Boris's childhood.

She told Bower: “The doctors at the Maudsley spoke to Stanley about his abuse of me. He had hit me.

“He broke my nose. He made me feel like I deserved it.”

Stanley Johnson did not respond to the allegations.

Bower wrote: “Boris agonised over his mother’s fate . . . unwilling to confide in others about his father’s violence, he became a loner.

After they announced their divorce in 1978, Boris reportedly asked his father: “Why did you have us?”

The prime minister's relationship with his mother is said to be more intimate and emotional than that with his dad.

Within minutes of the vile Wikipedia entry being changed, authors on the site re-edited the page.

They logged it as an act of "Blatant vandalism".

The page now reads: "She was the mother of Boris Johnson, the prime minister of the United Kingdom, and journalist Rachel Johnson."

Johnson Wahl was diagnosed with Parkinson's at the age of 40.

She married American Nicholas Wahl after divorcing Stanley, but became a widower in 1996.

Her paintings regularly sold for sums in the thousands of pounds per artwork.

Though her politics were usually hidden, she was said to be left-wing but voted Leave in the 2016 EU referendum.