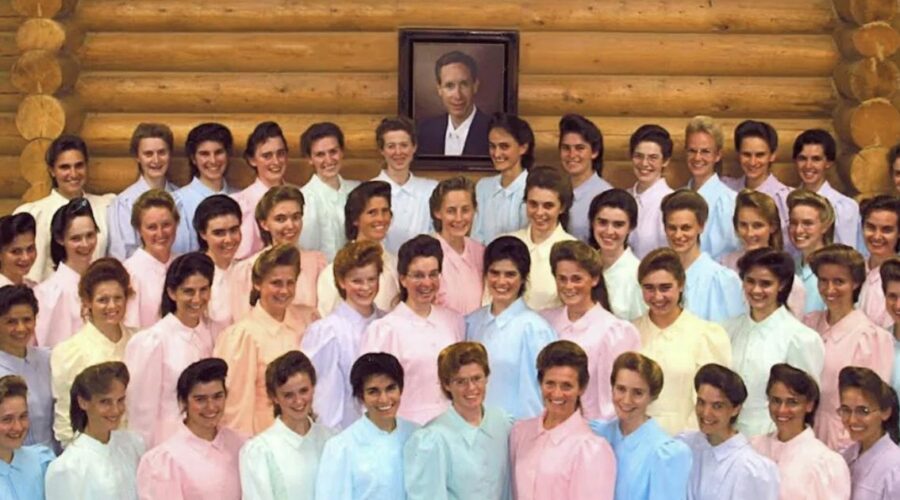 The dark and depraved life of paedophile cult leader, Warren Jeffs will be exposed in a new Netflix documentary.

The self-proclaimed prophet of the Fundamentalist Church of Jesus Christ of Latter-Day Saints (FLDS) rose to fame in the 1990s when it emerged he kept 500 kids on a farm and married 12-year-olds.

The FLDS is a radical offshoot of mainstream Mormonism and has more than 10,000 followers who consider Jeffs to be God's spokesman on Earth.

Jeffs – who succeeded his father who ran the cult for 15 years before his death – is currently serving a life sentence for child sex assault as he took as brides in what his church deemed "spiritual marriages."

Under his control, the church ruled its followers with a heavy and abusive hand.

Fathers who gave their young daughters to Jeffs were rewarded with young brides of their own. Girls who proved reluctant to have sex with Jeffs were sent away.

Jeffs himself would make a habit of marrying young wives, some as young as 12, and pack them as well as assorted children belonging to himself and his followers off to a compound where he would raise them under his strict laws.

He reportedly had 78 wives – only 54 of whom were over the age of 17, according to multiple media reports.

It wasn’t to last however as when details of his crimes got out he was placed on the FBI’s most-wanted list leading to his arrest in 2006 and a year later his ranch being stormed and nearly 500 children being removed from the premises.

Wendell Jeffson was raised on Jeff’s fundamentalist Christian ranch in Texas along with his nearly 50 brothers and sisters and has spoken out against his monstrous and "manipulative" father.

He told Insider: "There was no music, no internet, no TV, no movies, nothing of that nature.

“He just created an environment where we were only were exposed to things that he wanted us to be exposed to.

“He had control over the way that we saw the outside world in every aspect.

“I grew up having moms that were 15 years old.

“It’s not right, but he was marrying 12-year-olds and I was told that they were my mom, and they weren’t even that much older than me.”

Jeffson said FLDS children were often woken up at around 5am to help cook breakfast and clean before being sent to work.

He also told Fox News: "We were taught very strongly that Black people were very evil."

There are still thousands of FLDS members in the Short Creek area with members of the reclusive community living together in huge compounds.

Women are made to wear frontier-style dresses with hairdos from the 19th century and serve the church's male members, while men are encouraged to take at least three wives. Rape and child sexual abuse is rife in the FLDS, experts say.

* Keep Sweet: Pray and Obey premieres on Netflix on June 8.