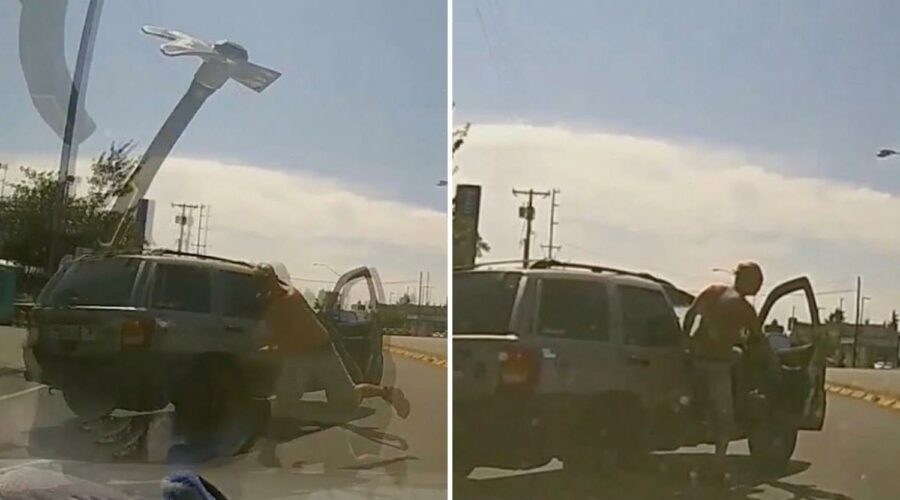 A ROAD rage suspect has been filmed throwing an axe at another driver before police say he fled the scene.

The unidentified man, 47, is said to have followed the female victim after she took an earlier exit to avoid him. 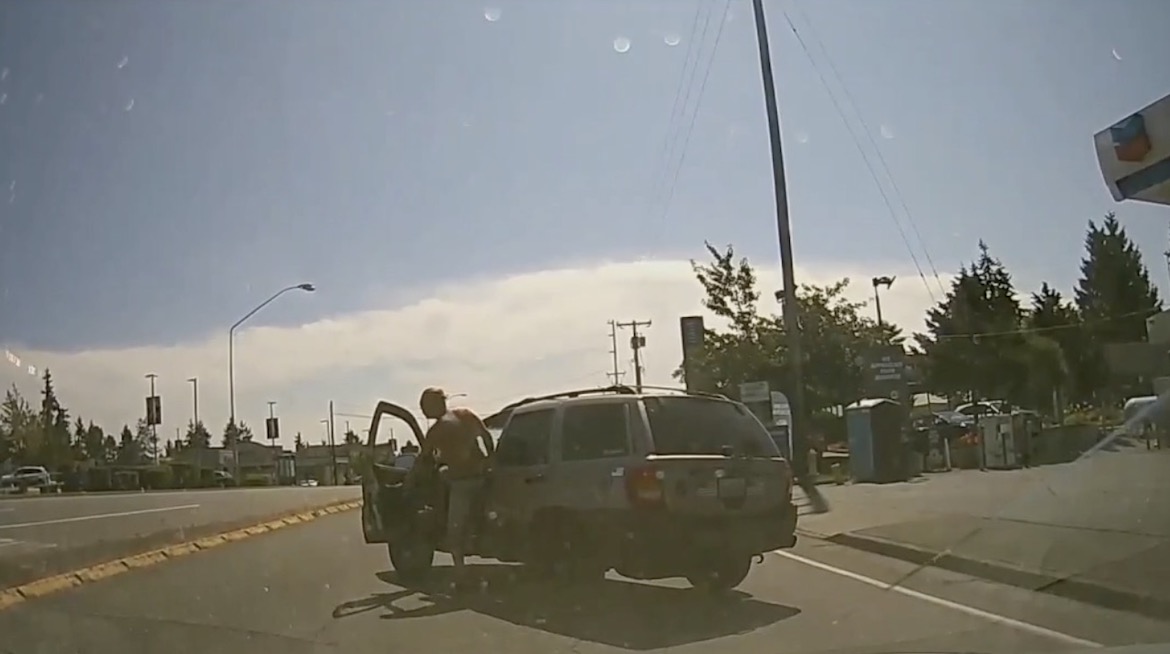 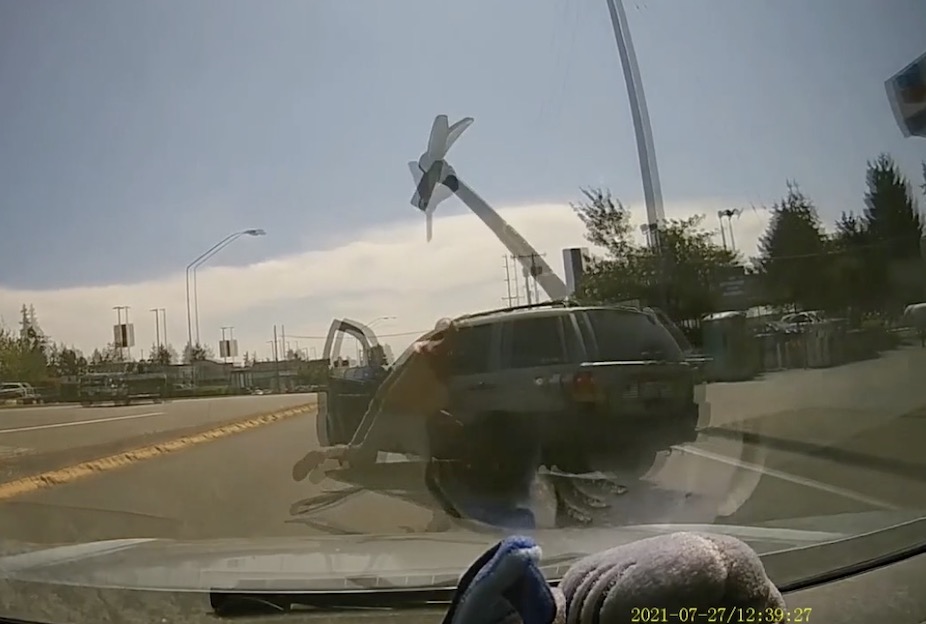 Footage then shows as the motorist, driving a Jeep, launches the weapon at her before fleeing.

The man is said to have honked his horn at the other driver before following her.

He is then said to have blocked her car in before exiting his vehicle and throwing the axe.

The suspect then fled the scene, Q13 Fox reports.

Days later officers say the same driver is accused of shouting threats and racial slurs at another man.

A theft at Home Depot shortly after was also linked to the same suspect and police used security footage to help with their arrest on July 30.

The man is now facing charges including felony hate crime and theft. 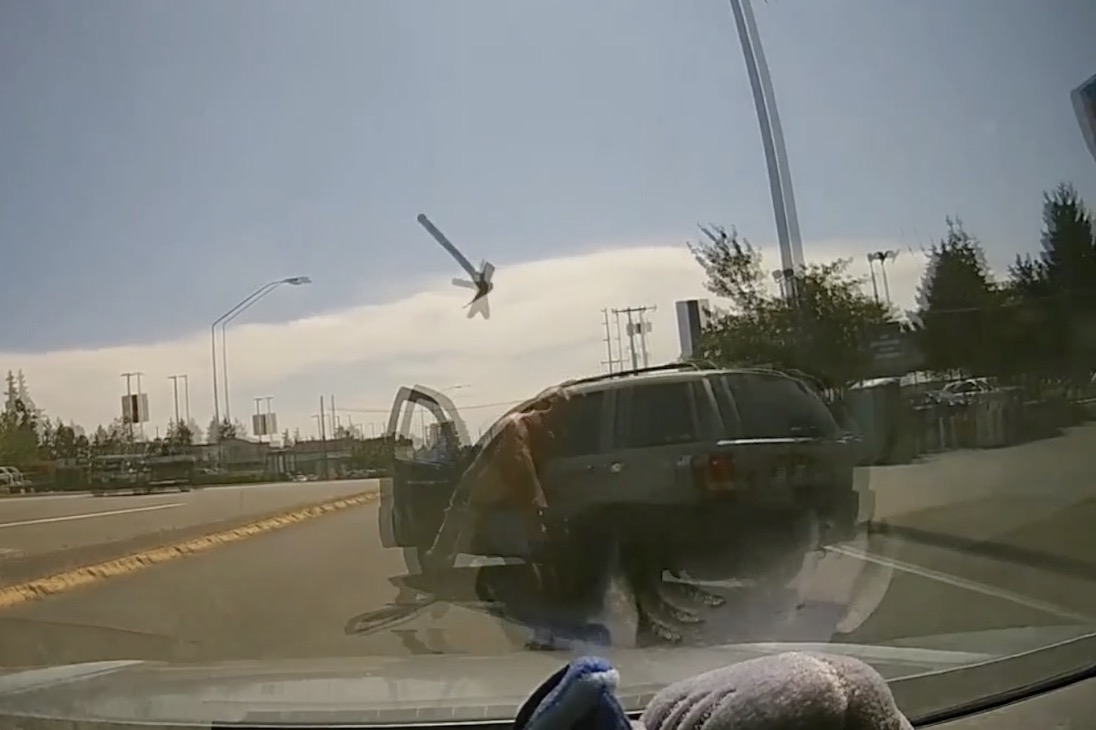