SHOCKING footage shows the moment a United Airlines worker appeared to hit a passenger before being battered to the ground at the check-in desk.

A man and an employee seem to be squaring off at the front of the desk. 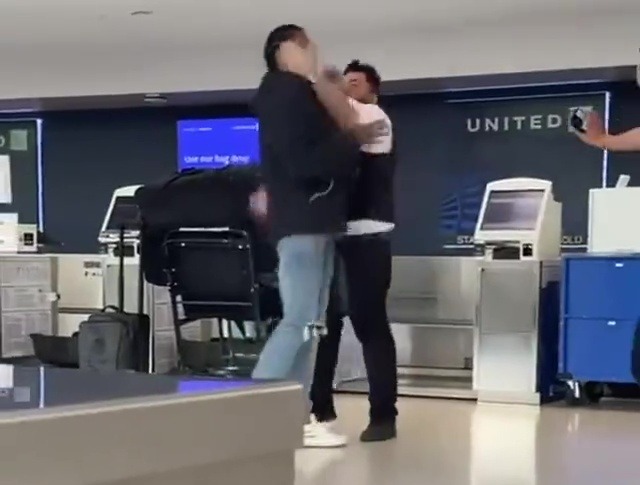 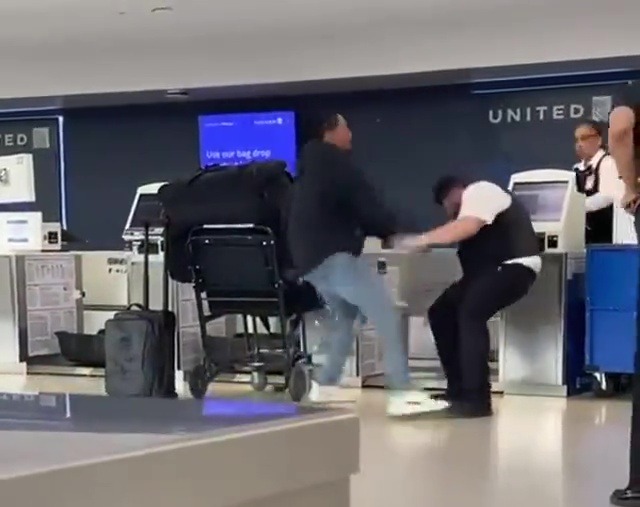 Words appear to be exchanged between the pair but it's not known what they are arguing over.

The tall passenger appears to slap the worker, who is wearing a uniform, in the face before throwing punches at him.

After being pushed several times, the airline employee appears to ready himself as it looks like he’s preparing for a fight.

The passenger appears to retaliate as he throws several punches, the video shows.

It causes the employee to stumble backward into the equipment as he hits his head before falling onto the conveyor belt.

The Sun has approached United Airlines for comment. We have not received a response at the time of publication.

Meanwhile, masked travelers in the airport are seen moving their luggage to safety.

I'm no homewrecker, it's Lorna's fault we are together, says Ukrainian refugee

Another employee tries to intervene before walking back, while another man tries to de-escalate the situation.

Airport staff can be heard shouting “stop” as chaos unfolded in the terminal.

The United Airlines employee, who is bloodied, is seen staggering back to his feet as he walks back to the man.

The customer is heard saying: “You want some more? You want more?”

It’s not known what caused the fight to break out.

It’s not known if any action has been taken against the employee in the footage. 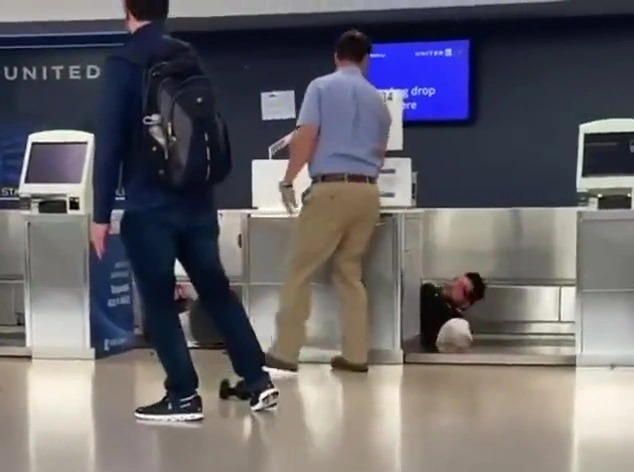