A SUSPECTED serial child rapist allegedly went to leer at youngsters as they played in a children's park days after being released from jail.

Fred Kimball, 81, is accused of violating parole when he left his houseon October 12 to go to Avoca City Park, where he allegedly ogled the youths as they ran around. 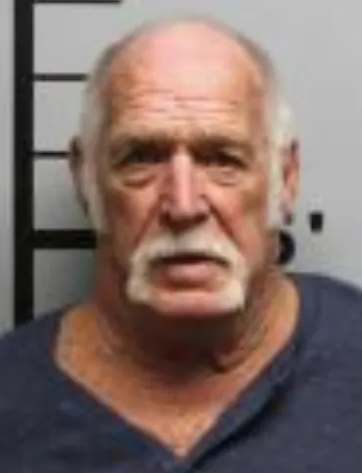 A deputy prosecutor in Arkansas filed a motion on October 16 to revoke his bond and he was arrested last week.

Kimball is accused of raping three women when they were children, according to a probable cause affidavit obtained by the Northwest Arkansas Democrat Gazette.

One of the women was 15 years old when Kimball allegedly began to groom her.

The perv is accused of approaching her in an Arkansas park and inviting her to his home before exchanging texts with her and offering her a job.

He allegedly bought food for the teen and her family, according to court docs.

Another of Kimball's victims was just 13 when he attacked her, according to the affidavit.

More information on Kimball's relationship to his alleged victims, when the assaults allegedly took place, and how they were reported have yet to be released.

Circuit Judge Brad Karren required him to wear a wrist monitor, and he was only allowed to leave his home for doctors appointments or work, according to court documents obtained by the newspaper.

He's currently behind bars at the Benton County Jail and is due in court for an arraignment hearing on November 9.

30/10/2020 World News Comments Off on 'Serial child rapist', 81, 'leered at kids playing in park just DAYS after he was released from jail'
Markets