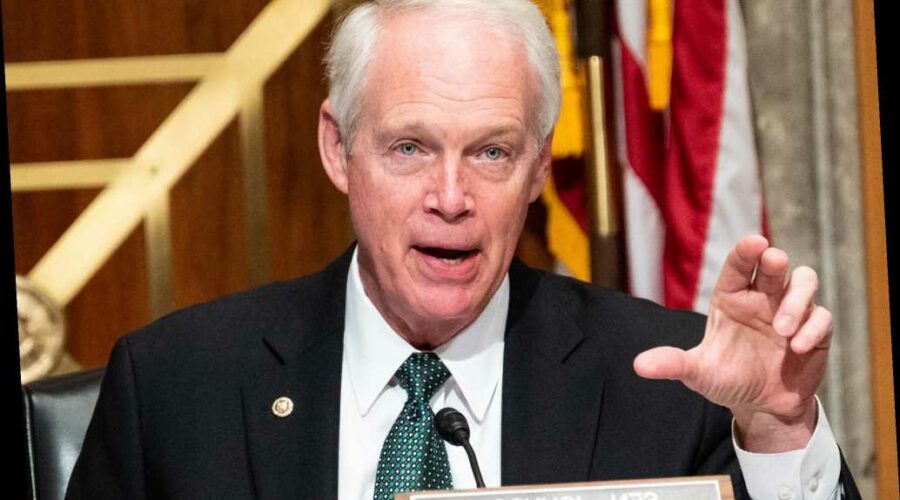 President Trump is set for his last stand: Goodwin

Sen. Ron Johnson and NBC News host Chuck Todd got into a fiery exchange Sunday over the Republicans’ effort to challenge certification of the Electoral College tally during a joint-session of Congress this week.

Johnson, one of at least 12 GOP senators who will object to the certification on Wednesday, disputed claims that they are trying to undo the vote that gave President-elect Joe Biden 306 electoral votes to President Trump 232.

“We are not acting to thwart the democratic process — we are acting to protect it,” Johnson said.

“The fact of the matter is we have an unsustainable state of affairs in this country where we have tens of millions of people who do not view this election result as legitimate,” the Wisconsin Republican said on “Meet the Press.”

In a statement Saturday, Johnson and his fellow Republican, including Sens. Ted Cruz of Texas and Marsha Blackburn of Tennessee and four incoming senators, claimed that the election “featured unprecedented allegations of voter fraud” and called on Congress to appoint a commission to conduct a 10-day audit.

“As long as somebody is going to be objecting to this and we’re going to take a vote, let’s propose a solution in terms of transparency, investigation, with a commission,” Johnson said.

But Todd noted that the controversy is the result of the president and his Republican allies repeatedly alleging voter fraud even as the courts have dismissed scores of lawsuits filed by Trump’s legal team and GOP lawmakers.

“Because you didn’t have the guts to tell the truth that this election was fair!” he continued.

But Johnson shot back to say Todd was the “arsonist” because the mainstream media in January 2017 “dropped any pretense of being unbiased and actually chose sides during the election.”

Johnson said the media poured fuel on the fire when they ignored the investigation into Hunter Biden’s business dealings in China and Ukraine.

“I’ve had enough of this, too,” Johnson said — going on to say the media was biased against Trump.

Todd told Johnson that he and his colleagues “don’t get to make these allegations that haven’t been proven true” and asked him who won Wisconsin.

“Vice President Biden has won by 20,000 votes. But there are also issues in Wisconsin,” Johnson said, continuing to question the voting systems used to tally the votes in the state.

During a back-and-forth in which both interrupted each other, Todd asked why he didn’t hold hearings about the “9/11 truthers. There’s plenty of people who thought 9/11 was an inside job.”

“What you’re basically saying is if there’s enough people who believe a conspiracy theory … how about the moon landing? Are you going to hold hearings on that?

“There’s some issues that need to be explored and investigated,” Johnson said of the 2020 election.

Todd, at the conclusion of the interview thanked Johnson for appearing because “only two of your colleagues had the guts to say yes this weekend about this conspiracy theory that you’re working on.”