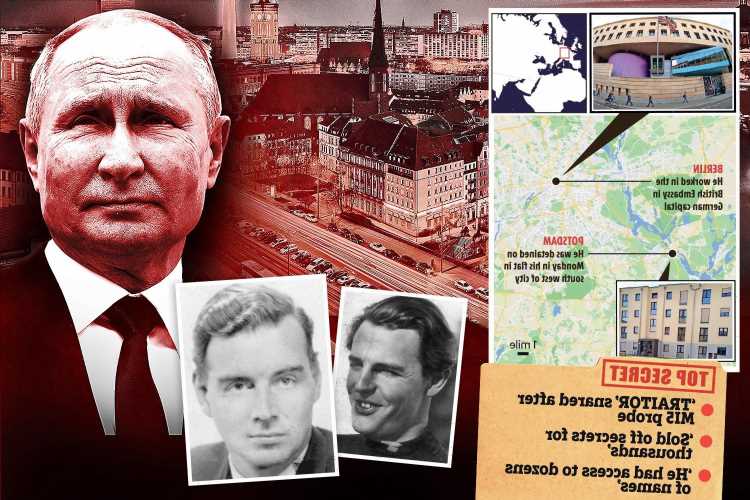 A SECURITY guard at Britain's embassy in Berlin has been snared on suspicion of spying for Vladimir Putin.

The 57-year-old is feared to have had access to the names and aliases of British agents. 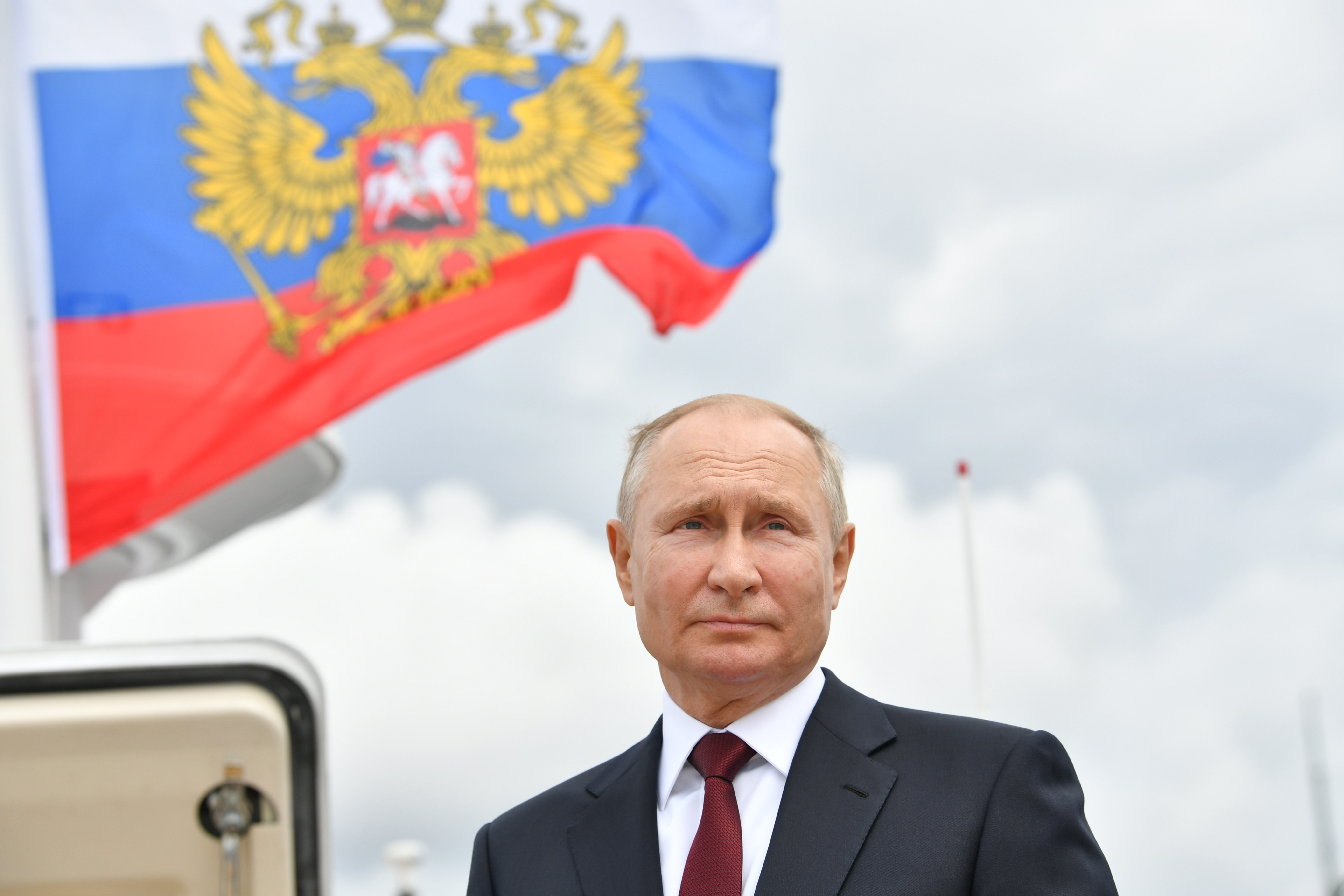 The Sun can reveal he is thought to have "extreme right-wing views", raising the possibility he may have been blackmailed by Russia.

The British guard was held after months of MI5 investigations.

UK and German spooks were alerted to his alleged links to Russia’s foreign intelligence agency the SVR last autumn.

At the heart of their investigation is the suspicion that he received thousands of pounds to hand over information gleaned from behind the walls of the vast building.

It is the UK’s major hub for spying operations across Europe and Russia — with scores of agents working in the city.

The University of Buckingham professor added: “It’s claimed he was a low-level ‘local hire’. But nothing is low level in our Berlin premises.”

German cops swooped on the 57-year-old.

The Sun can reveal he is feared to have “extreme right-wing views” which may have left him open to blackmail by Vladimir Putin’s agents. 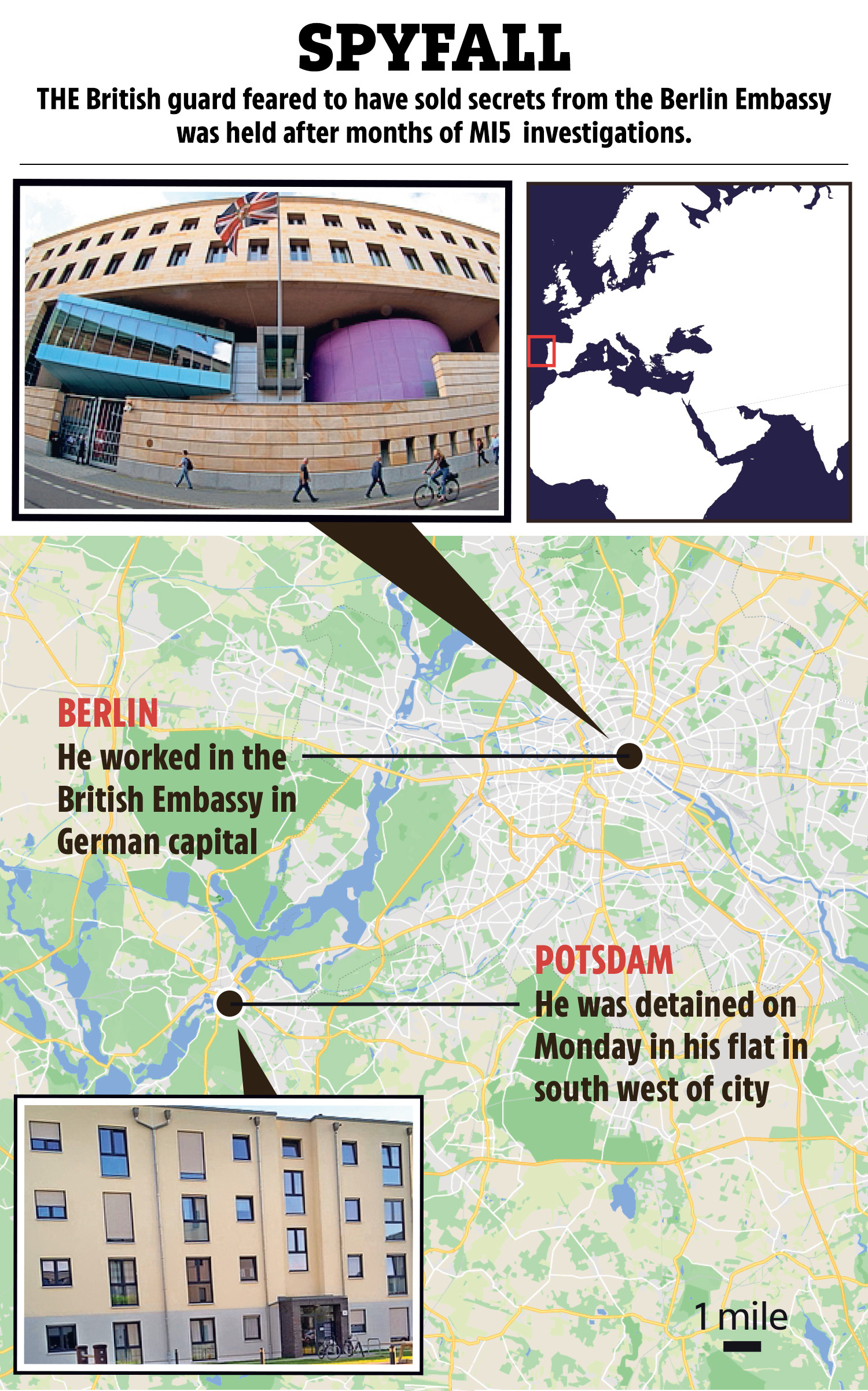 And there are major concerns at the top of Whitehall that his role protecting our embassy will have afforded him access to the names and aliases of any British intelligence officers working in the building.

There are also worries the Russians may have been seeking information concerning opposition boss Alexei Navalny — poisoned by Kremlin goons in August 2020.

The dissident spent two months recovering in a Berlin hospital last year, with security sources telling The Sun it coincided with “heightened espionage activity” in the city.

German prosecutors announced yesterday that he could be suspected of having worked for a foreign secret service since at least November last year.

He was hauled before a judge and remanded in custody after being detained at his flat in a well-off area of Potsdam, in south-west Berlin. Cops carried out searches of the property and his car until the early hours of yesterday morning.

Shocked neighbours told how the suspect moved into the smart apartment block four years ago.

One said: “He was friendly, smiley and a polite guy.” Another added: “He always greets his neighbours. He’s that type of person.”

But in an unusually frank statement, the Federal Prosecutor’s Office said: “On at least one occasion he forwarded documents obtained in the course of his professional activities to a representative of a Russian intelligence service.

“In return for providing information, the accused received cash in a previously unknown amount.”

He is believed to have been kept under round-the-clock surveillance by British and German spooks.

Because he is not a diplomat, he had no authorised access to computers inside the embassy. Instead, his duties included processing visitors and security patrols.

However, if he was working for the Russians, his role may have given him the perfect cover to move through almost any area of the building unchallenged.

The German Foreign Ministry said it is taking the case “very seriously”.

The Metropolitan Police confirmed: “The man was arrested in the Berlin area on suspicion of committing offences relating to being engaged in ‘Intelligence Agent activity’ under German law.

“Primacy for the investigation remains with German authorities.”

It is not known if he ever met Russian spooks, or favoured so-called “dead drops” where secrets are left in a pre-arranged location.

A Whitehall source said: “The concern is that highly sensitive diplomatic paperwork may not have been secured. Any information on the embassy and its inner workings is gold dust for the Russians.

“You have to remember that Covid has meant fewer people have been into the embassy than usual.

“Walking out with a sheaf of papers would potentially be much easier.”
The Sun understands the arrest is isolated, with no suggestion of a wider spy “ring”.

Reports of stolen secrets being military or terror-related are also thought to be wide of the mark.

Officers from the UK’s Counter Terrorism Command are liaising with German counterparts — but the Command is responsible for investigating alleged breaches of the Official Secrets Act.

Meanwhile, a political row erupted in Westminster over the case as Boris Johnson has still not appointed a new Security Minister after the resignation of James Brokenshire on July 7 due to ill health.

Labour said it “beggars belief” that the role has yet to be filled five weeks on.

“This Government can’t be trusted with national security.”

A Home Office source hit back: “The Home Secretary is responsible for matters of security. For the party that tried to make Jeremy Corbyn Prime Minister to suggest we are lax on security is laughable.”

Betrayal has rocked British intelligence many times before.

Cambridge-educated spies Donald Maclean and Guy Burgess fled to Moscow in 1951 as MI5 closed in on them. 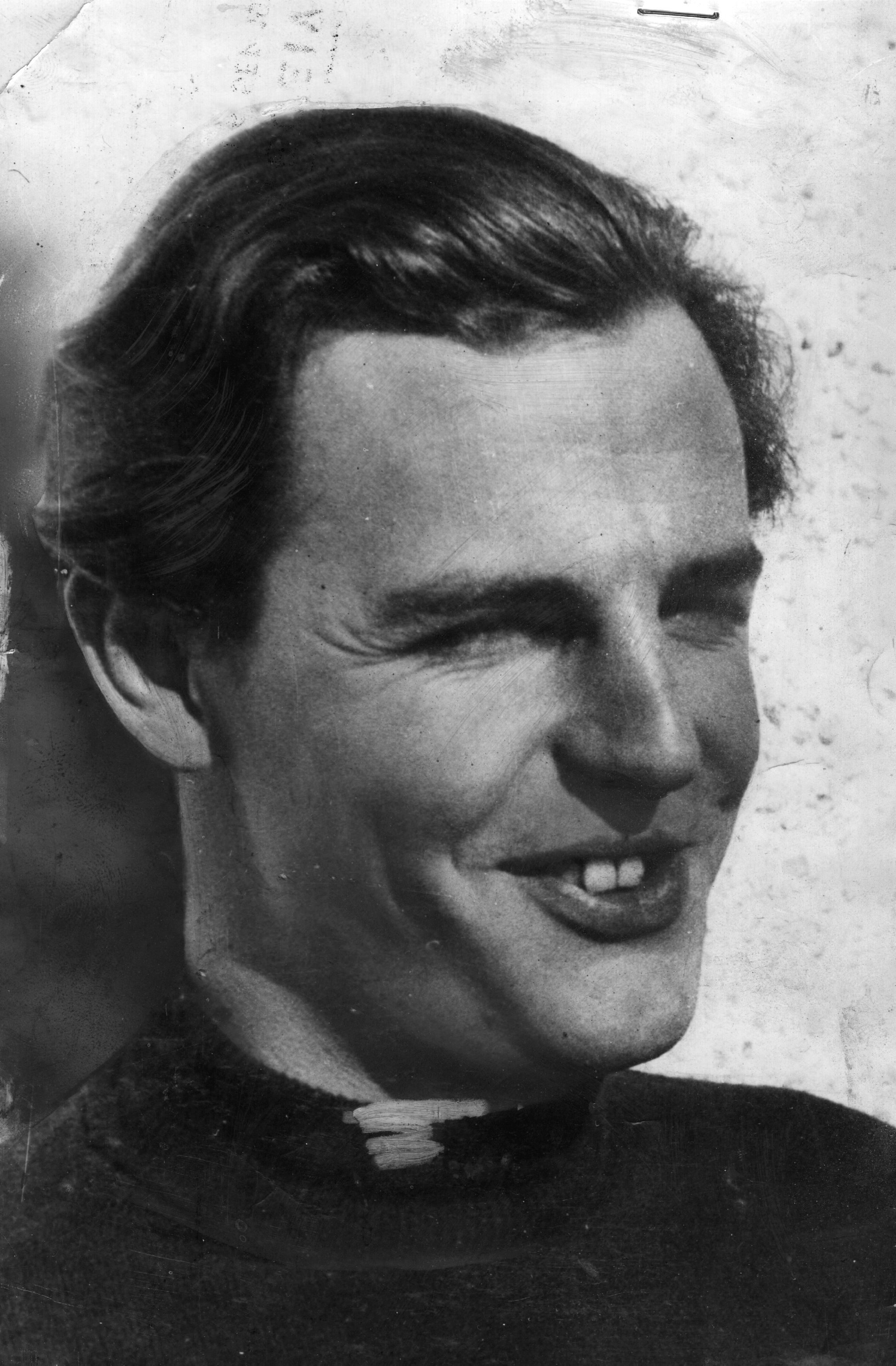 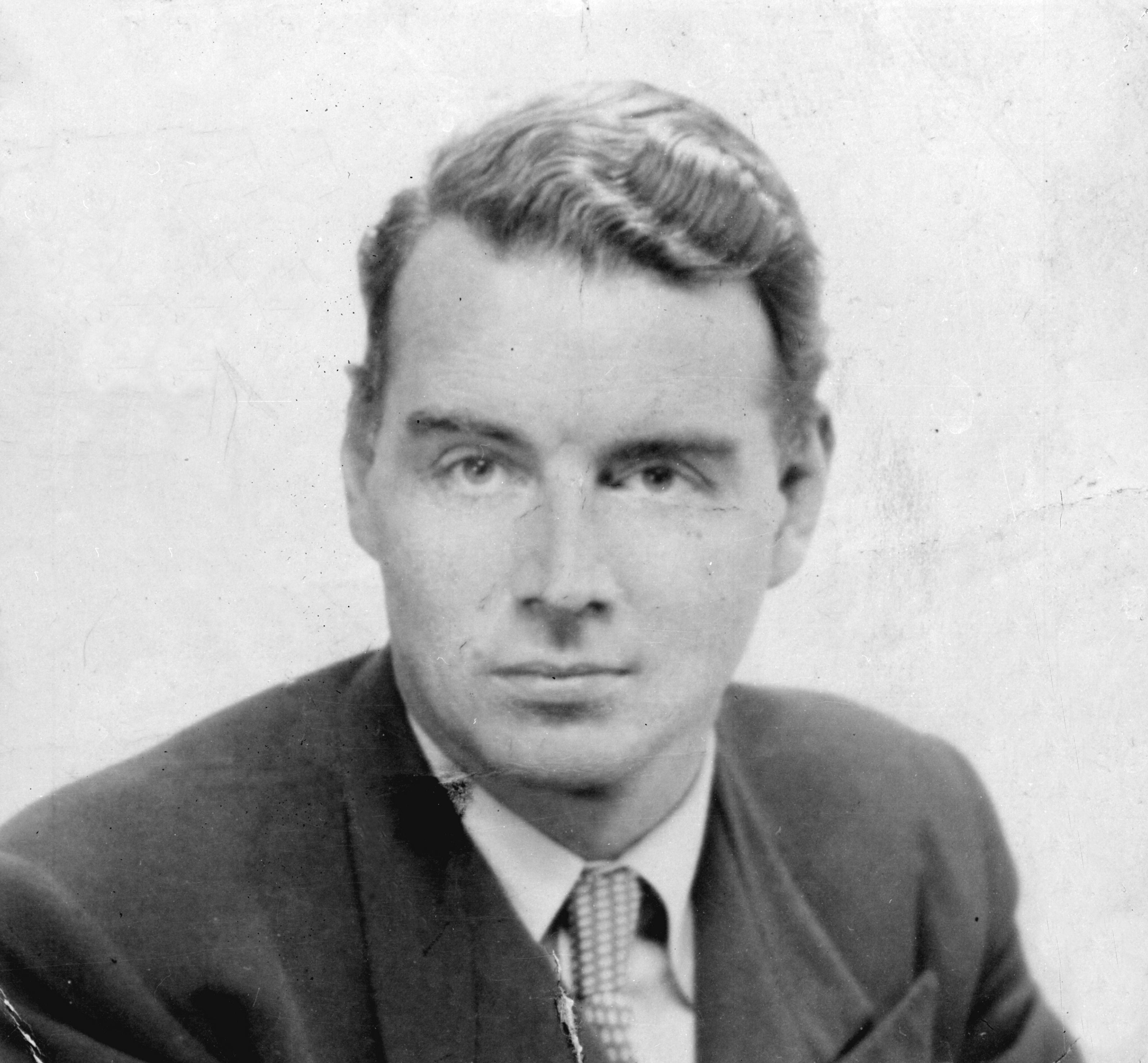 Their friend and MI6 high-flyer Kim Philby defected to the Soviet Union in 1963.

Royal art historian Sir Anthony Blunt confessed in 1964 to supplying the Russians with information but was not publicly unmasked until 1979.

MI6 officer George Blake was jailed for 42 years in 1961 — also for spying for Russia.

He escaped from Wormwood Scrubs in 1966 using a rope ladder before being smuggled into Europe in a camper van.

Naval officer Harry Houghton and his lover Ethel Gee leaked secrets to Poland and Russia. They were both jailed for 15 years in 1961.

In 1988, cops swooped on the North London home of Erwin van Haarlem, who sent secret messages to his handlers in Czechoslovakia.

He was sentenced to ten years.

THE Berlin spy drama will plunge already chilly relations between Moscow and London even further into the diplomatic deep freeze.

Security specialist Edward Lucas likened the arrest to a Cold War thriller by John le Carre — but it is actually the latest twist in 15 years of growing tensions with President Vladimir Putin.

Relations with Russia have been at rock bottom since the 2018 Salisbury nerve agent attack.

The UK and its allies accused Kremlin thugs of deploying chemical weapons on the streets of Britain.